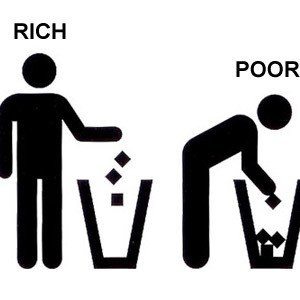 Congress will reconvene shortly. That means more battles over taxes and spending, regulations and safety nets, and how to get the economy out of first gear. Which means more gridlock and continual showdowns over budget resolutions and the debt ceiling.

But before the hostilities start again and we all get lost in puerile politics and petty tactics, it’s useful to consider what’s really at stake for our economy and democracy.

For much of the past century, the basic bargain at the heart of America was that employers paid their workers enough to buy what American employers were selling. Government’s role was to encourage and enforce this bargain. We thereby created a virtuous cycle of higher living standards, more jobs, and better wages. And a democracy that worked reasonably well.

But the bargain has been broken. And until it’s remade, the economy can’t mend and our democracy won’t be responsive to the majority.

First, a bit of history. Back in 1914, Henry Ford announced he was paying workers on his Model T assembly line $5 a day – three times what the typical factory employee earned at the time. The Wall Street Journal termed his action “an economic crime.”

But Ford knew it was a cunning business move. The higher wage turned Ford’s auto workers into customers who could afford to buy Model Ts. In two years Ford’s profits more than doubled.

Yet in the years leading up to the Great Crash of 1929, employers forgot Henry Ford’s example. The wages of most American workers stagnated even as the economy surged. Gains went mainly into corporate profits and into the pockets of the very rich. American families maintained their standard of living by going deeper into debt, and the rich gambled with their gigantic winnings. In 1929 the debt bubble popped.

Sound familiar? It should. The same thing happened in the years leading up to the crash of 2008. The lesson should be obvious. When the economy becomes too lopsided – disproportionately benefiting corporate owners and top executives rather than average workers – it tips over.

It’s still lopsided. We’re emerging from the depths of the worst downturn since the Great Depression but nothing fundamentally has changed. Corporate profits are up largely because payrolls are down. Even Ford Motor Company is now paying its new hires half what it paid new employees a few years ago.

Employee pay is now down to the smallest share of the economy since the government began collecting wage and salary data 60 years ago; and corporate profits, the largest share.

This is a losing game for corporations over the long term. Without enough American consumers, their profitable days are numbered. Europeans are in no mood to buy. India and China are slowing dramatically. Developing nations are in trouble.

Republicans claim rich people and big corporations are job creators, so their taxes must not be raised. This is baloney. In order to create jobs, businesses need customers. But the rich spend only a small fraction of what they earn. They park most of it wherever around the world they can get the highest return.

The real job creators are the vast middle class — whose spending drives the economy and creates jobs. But as the middle class’s share of total income continues to drop, it can’t spend as much as before. Nor can most Americans borrow as they did before the crash of 2008 — borrowing that temporarily masked their declining purchasing power.

As a result, businesses are still reluctant to hire and pay decent wages. Which is why the recovery continues to be so anemic.

As wealth and income rise to the top, moreover, so does political power. Corporations and the rich are able to entrench themselves by keeping low tax rates and special tax breaks (such as the “carried interest” loophole that still allows private equity and hedge fund managers to treat their incomes as capital gains), and ensuring a steady flow of corporate welfare to their businesses (special breaks for oil and gas, big agriculture, big insurance, Big Pharma and, of course, Wall Street).

All of this continues to squeeze public budgets, corrupt government, and undermine our democracy. The issue is not and has never been the size of our government; it’s who the government is for. Government has become less responsive to the needs of most citizens and more responsive to the demands of the monied interests.

The Republican response is to further reduce taxes on the rich, defund programs for the poor, fight unions, allow the median wage to continue to drop and oppose any limits on campaign contributions or spending.   It does not take a great deal of brainpower to understand this strategy will lead to an even more lopsided economy, more entrenched wealth and a more corrupt democracy.

We must remake the basic bargain at the heart of America.

Related Topics:American Middle Class
Up Next

Slash and Burn: The War Against California Pensions

Labor Day News of the WEIRD