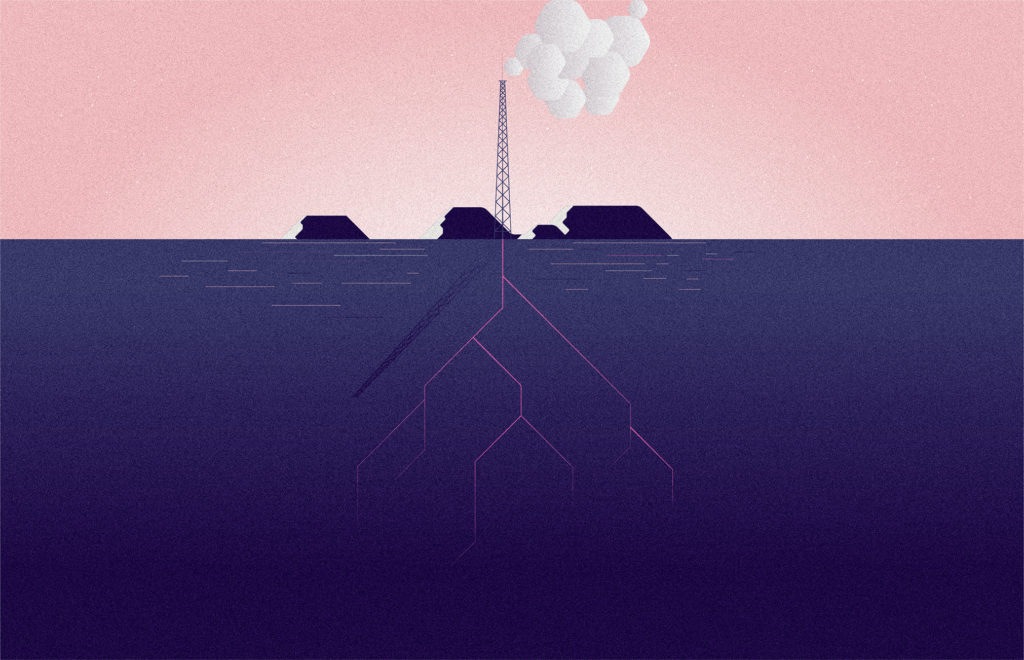 It is no overstatement to say that Colorado’s Proposition 112 and Amendment 74 were two of the most significant and far-reaching climate change measures in America’s entire midterm election. But don’t blame yourself if you didn’t know that. While the initiatives sparked a pitched battle about the fossil fuel industry just as scientists were issuing a dire warning about climate change, that term — “climate change” — was largely absent from the state’s political conversation in 2018, even though some local officials say climate change could cost the state hundreds of millions of dollars in the near future.

While Colorado’s oil and gas industry was asserting that burning carbon-emitting fracked gas is “helping to reduce carbon emissions,” it sponsored an anonymous website attacking journalists who report on energy and climate issues.

Oil and gas corporations spent roughly $40 million to oppose 112, which would have mandated larger distances between fossil fuel extraction sites and schools, hospitals and residential neighborhoods, and likely restricted some fossil fuel development. Some of that money also went into promoting 74, which would have empowered those same oil and gas companies to sue towns that try to restrict drilling and fracking. While the industry offered a smorgasbord of arguments in its campaign — it would defund schools, it would kill jobs, etc. — those criticisms were all based on one central premise: that the setbacks measure would allegedly ban all new oil and gas exploration.

Had climate change been a central topic of conversation, that assertion could have boomeranged on the industry — proponents could have argued that an all-out ban was in fact urgently needed in light of a recent United Nations report warning of a full-fledged dystopia if new fossil fuel development is not halted. And they might have found a receptive audience: Recent polling from the University of Colorado has shown that 70 percent of Coloradans say they are at least somewhat concerned about climate change — and that survey was done before a summer of climate-change-intensified wildfires.

Even though Prop. 112 was not a total ban on fossil fuel extraction, at least a few national voices noted that it represented an important front in the climate change battle.

However, the Colorado press corps barely mentioned climate change in its coverage of the fight, and groups pushing the proposition never made climate change a central argument in their campaign.

An analysis by Media Matters found that out of 12 Colorado newspaper editorials about 112, just one — that of the Boulder Daily Camera, which endorsed the measure — even mentioned climate change. News coverage of 112 focused alternately on the health and environmental hazards highlighted by activists and industry doomsaying about its economic and budgetary implications, but reporting on fossil fuel-related carbon emissions and their contribution to climate change was almost nonexistent.

That was true not only of the fight over 112, but of the state’s wider political discourse. Over eight debates between governor-elect Jared Polis and opponent Walker Stapleton, the Colorado press corps mustered just three questions about climate change, accounting for less than 10 minutes of discussion during eight and a half hours of debate.

Meanwhile, the Colorado Oil and Gas Association was sponsoring an anonymous website attacking journalists who report on energy and climate issues. And as a backup measure to defang any potential climate arguments, the industry also ramped up its production of promotional PR asserting that burning carbon-emitting fracked gas is “helping to reduce carbon emissions,” as COGA insists. That assertion relies on the public never realizing that it’s only true in comparison to burning coal, but not actually true overall: Natural gas is a fossil fuel, so carbon is emitted when it is burned — no matter what COGA tries to insinuate.

The defeat of an explicitly climate-related ballot measure in Washington State suggests that many voters are not willing to support even modest efforts to frontally address climate change.

That context, though, is rarely noted in a political arena that has long been dominated by armies of fossil fuel lobbyists and millions of dollars of fossil fuel campaign spending. This year, much of that money was spent on ads designed to narrow the debate to one primarily about jobs and economic impact, thereby precluding 112 campaigners from broadening the conversation to one about the climate change dangers of fossil fuel extraction. Colorado Rising, the group behind Proposition 112, was boxed into making arguments only about better protecting the public health and safety of those living near fracking rigs, and to defensively insist that the measure wasn’t an actual ban.

In a media environment that was already erasing climate change from the conversation, there was no space for them to more straightforwardly argue that dramatic reductions in fossil fuel extraction are necessary to address climate change.

“What the polling is showing is that if people are really convinced that it’s an outright ban, they aren’t going to vote for it,” Colorado Rising’s Anne Lee Foster told Capital & Main when asked why climate change wasn’t a more prominent part of the campaign. “It’s not about what the actual percentage [ban] is, it’s proving that they have been blowing this out of proportion the whole time.”

At times, 112’s proponents ended up publicly asserting that the measure would not significantly reduce fossil fuel extraction at all, even as climate scientists argue that’s exactly what’s necessary.

“The oil and gas folks out there will still be able to do their thing,” said Mark Williams, a former Democratic congressional candidate, at a Longmont town hall where he promoted 112. “My concern is you have all these operators that are out there that are trying to make a quick buck, [but] Colorado does not have strong enough regulations.”

There’s no guarantee 112 would have been more successful had the proponents tried to focus the fight on climate change; the oil and gas industry’s success in defeating an explicitly climate-related ballot measure in Washington State suggests that many voters are not willing to support even modest efforts to frontally address climate change.

However, the total absence of the issue in Colorado’s 2018 election was striking, considering not only the IPCC report, but also the state’s own specific struggles with the effects of climate change. After all, leading scientists say that climate change is already intensifying Colorado’s floods, droughts and wildfires. And although COGA has demanded that “natural gas must be part of the climate change conversation,” many of those scientists disagree.

“There is more than enough carbon in the world’s already developed, operating oil, gas, and coal fields globally to exceed 2°C,” wrote a group of 26 climate scientists in a July letter to California Governor Jerry Brown, urging him to immediately halt the approval of all new oil and gas drilling. “There is simply no room in the carbon budget for any new fossil fuel extraction.”

“Absolutely no new fossil fuel developments. None,” said climate scientist Will Steffen, when asked earlier this year what the U.S. needs to do to help avoid global catastrophe. “That means no new coal mines, no new oil wells, no new gas fields, no new unconventional gas fracking. Nothing new.”

This is why even though 112 was not a total ban on fossil fuel extraction, at least a few national voices noted that its potential to somewhat reduce that extraction represented an important front in the climate change battle.

In a guest column for the Denver Post, former NASA scientist James Hansen encouraged Coloradans to vote for 112 because it would “help prevent climate change by making oil and gas harder to access.” Senator Bernie Sanders, who has called for a nationwide ban on fracking, also endorsed the measure on climate-related grounds. And toward the end of the campaign, 350.org founder Bill McKibben promoted the measure as part of his organization’s nationwide push to combat climate change.

But by that point, the industry’s PR machine was already skilled at suppressing any discussion of climate change and transforming every 112 argument into economic alarmism. An editorial in oil magnate Phil Anschutz’s Colorado Springs Gazette was emblematic: In attacking McKibben, it didn’t even bother to mention climate change, much less address his substantive argument.