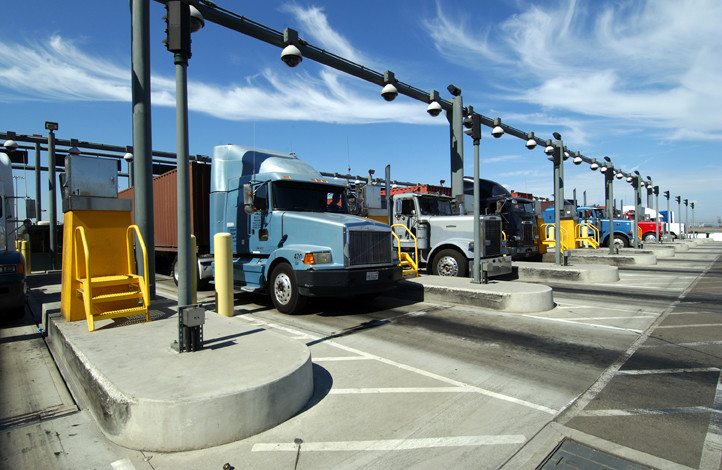 Why are the port truck drivers on strike? It is well known that the U.S. economy relies in part on jobs generated or networked around the imports of manufactured commodities. The Ports of Los Angeles and Long Beach form a nexus of the global supply chain, where multinational corporations focus on every opportunity to keep labor costs low and profits high. One of the unrecognized links in the global supply chain is the port truck driver.

Port truck drivers play a pivotal role in the distribution of goods that makes them a critical piece of the profit puzzle. Professional drivers work long hours hauling nearly $4 billion worth of cargo every day from American seaports for companies like Walmart, Home Depot, Target, Costco and Polo/Ralph Lauren. Yet they often receive paychecks below the minimum wage, and on occasion, end up owing money to the firms that hire them.

Due to the privatization policies of the Nixon-Reagan era, port trucking was one of the industries to be deregulated, leaving trucking firms free to reclassify drivers as independent contractors. Under this arrangement, the company provides all supplies, equipment and tools required to operate a business, and then charges each driver for their use. As independent contractors who must pay for all their costs, drivers frequently wait in long lines for hours, travel far distances with only one or two loads, and a driver can end up working a full week owing the company money. Working without payment and being denied rightful payment has been termed wage theft.

Drivers are not in business for themselves, are not allowed to drive for others, have no say in their pay and have no clients. They cannot earn overtime, receive workers’ compensation or bargain collectively.

That is why they are engaged in a strategic fight for reclassification as employees — and winning. The California Division of Labor Standards Enforcement (DLSE) has recently issued dozens of rulings on port driver cases, finding that drivers had been illegally misclassified. In the case of just one such company, Seacon Logix was fined $105,089 for violations including unlawful withholding of wages, interest and waiting time penalties, a decision that was upheld in 2013 by a California Superior Court.

Just this month, two misclassified drivers fired from Green Fleet Systems were reinstated and brought back on as employees after the U.S. Ninth District Court of Appeals affirmed the National Labor Relations Board’s determination that they were in fact employees.

The misclassification of workers as independent contractors and wage theft are among the most pressing labor issues of our time. These are practices that affect many workers, from caregivers and office workers, to “car washeros.” I coordinate Labor Studies at California State University, Dominguez Hills, the only program in Southern California where students can major in labor studies, and students from other departments learn about employment rights, policies and the relationship of labor, social justice and the environment. Several courses expose students to contemporary issues facing workers today, including misclassification of workers as independent contractors and wage theft. Both of these issues are in the news this week as local port truck drivers continue to challenge their unfair treatment by major trucking firms.

Students from Labor Studies and Studio Art learned about the importance of port employment last Spring when they visited several terminals on the docks and saw firsthand the movement of containerized goods by drivers and dock workers. This field trip was part of a unique project in which they heard about workers’ lives and were able to photograph workers and their workplaces. On another field trip, they learned about the health and safety concerns emanating from the diesel particulates port vehicles produce, and the dangers these pose to workers and community alike. They learned about the steps the port had taken to minimize diesel, such as cold-ironing and using natural gas for trucks, as well as the continuing problems of neighborhoods close to freeway and port pollution, and the persistent use of dirty bunker fuel by shipping lines.

While astounded by the massive equipment, the majestic views from the cranes, the complex duties that port workers undertake, and the nexus of health problems, students expressed shock at what they learned about the situation of port truck drivers. The checks that drivers take home have deductions for so many charges that they are invariably incredibly low and they actually saw checks with a negative balance.

When the students heard the history of misclassification of port truckers as independent contractors and the extent of wage theft, it touched them deeply. That afternoon, students sat in an empty children’s playground at the edge of a homeless shelter in West Long Beach, gazing at the hundreds of trucks that sped by on the dangerously close freeway, trying to decipher the meaning of the charges against the “salary” of truckers on the copies of negative paychecks.

“Why do they do these jobs?” asked one of the photography students. “Because they have hope every day that they will be able to move more loads and make enough money to take home to their families,” our tour leader told us. “And for several years, they are fighting to form unions and improve their lives.”

Now port truckers are engaged in a major strike to do just that. They are standing up for themselves and their families, but they are also making a powerful stand against the injustices of misclassification and wage theft that will affect many other lives. That is why we must support their struggle.