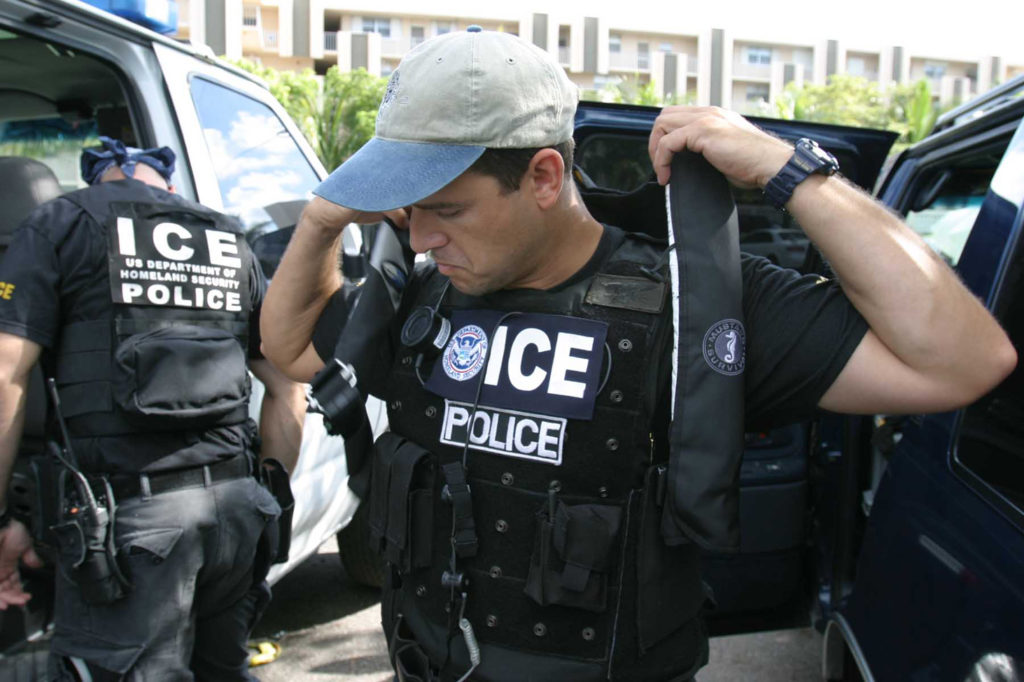 Both houses of Congress approved a $333 billion spending bill Thursday, granting President Trump $1.375 billion for border fencing—far less than the $5.7 billion he’d requested for a border wall. The bill also includes a record $4.2 billion allocation to U.S. Immigration and Customs Enforcement (ICE) for its detention and deportation activities.

“By any reasonable measure,” they wrote, “Donald Trump’s weaponization of ICE and CBP has been a failure. The Department of Homeland Security does not deserve an increase in funding.”

Immigrant rights activists were equally angry, saying the generous ICE funding flies in the face of many Democrats’ stated desire to put the brakes on the Trump administration’s deportation surge.

A statement from Mary Meg McCarthy, executive director of the National Immigrant Justice Center, lambasted the new budget deal, arguing that it would allow ICE to “lock up and deport as many immigrants as possible, including established members of our communities and refugees who arrived at our borders seeking safety.”

“I can’t tell you anything about this deal that is better than the status quo other than it removes the looming threat of a shutdown,” said Mary Small, policy director at Detention Watch Network.

The Republican-controlled Senate Appropriations Committee bill summary claimed the bill’s increase of the ICE detention bed limit from 40,500 to 45,000 “preserves ICE’s flexibility to enforce the law and places no arbitrary cap on ICE detention.”

Some Democrats reasoned that the 45,000 detention bed limit will actually decrease the current detention population, a contention that immigrant rights activists dispute.

That’s because 49,000 men and women currently languish in detention, 8,500 more than Congress authorized in its 2018 spending measure. To comply with the new 45,000 annual limit, ICE would have to empty those 8,500 beds by year’s end.

“The amount provided in the agreement is intended to bring the current detention bed level of over 49,000 down to 40,520 by the end of the year,” an appropriations committee summary of the bill noted. Appropriators figured that if ICE achieved that reduction, its average daily bed occupancy would be at or under the 45,000 limit on average for the year.

But Small predicted the effort would fail. She argued that Congress has caved to ICE’s strategy of overspending, thus expanding its detention capacity. “ICE tried to change facts on the ground so Congress would bail them out and now Congress is bailing them out,” Small said.

Immigrant detainees are held in prison-like conditions in some 200 detention centers and county jails across the country, although they’re held only to await deportation or to compel their appearance at immigration court hearings, not to serve criminal sentences.

The detainee population has increased sevenfold in the past 25 years, even though arrests of undocumented immigrants along the Southern border are at historic lows.

Democrats also claim that now that they control the House Appropriations Committee, they can curb ICE overspending by denying DHS permission to transfer or reprogram funds to ICE from other DHS agencies, such as the Federal Emergency Management Agency or the Coast Guard, as the department has done in recent years. It is customary for DHS to seek Congressional approval for such transfers or reprogrammings, but it’s not legally required. DHS is allowed to transfer up to 10 percent of its budget between agencies – if it does so, it customarily asks for congressional approval, but there’s no law that says it has to. It’s just what has always been done, according to one congressional budget staffer.

The Democrats further argue the new spending plan increases ICE accountability for detention conditions that have been criticized by human rights groups and DHS’s Inspector General. Congress will now require weekly reports from ICE on the number of detainees in custody. The bill prohibits the use of restraints on pregnant women who are detained, requires monthly reports on family separations and bars the use of federal funds to detain potential sponsors of unaccompanied immigrant minors unless they pose a danger to the child.