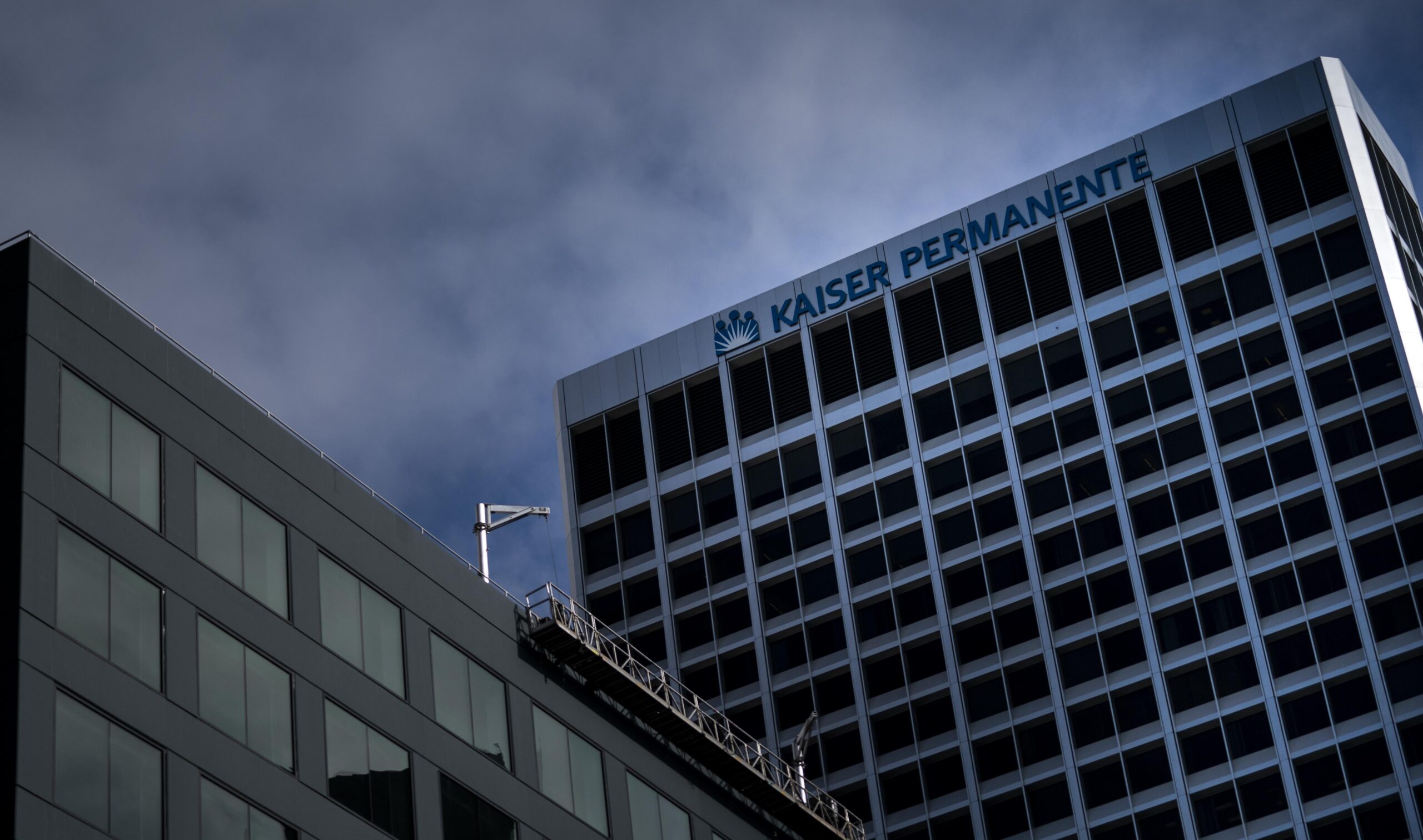 Kaiser Permanente’s poor track record with regard to mental health services in California is no secret. In 2013, the state fined Kaiser $4 million for providing inadequate access to its patients seeking mental health appointments. Four years later, the health giant reached a settlement under threat of another fine from the state stemming from the same types of deficiencies.

Now, Kaiser is facing a costly open-ended strike by more than 2,000 mental health professionals in Northern California who say the company is so severely understaffed that patients often wait weeks or months between appointments — and providers face crushing workloads. In addition, it’s facing renewed scrutiny from California lawmakers and regulators.

It all leads to a basic question: Why would Kaiser continue to operate in a way that constantly steers it toward employee conflict and state sanction?

The answer is just as basic, say health economists, former industry executives and union leaders: It costs less to do it this way.

“The fines are relatively modest when you get into the fortunes of these big health companies. It’s a cost of doing business that they factor in,” said Wendell Potter, a former health care sector executive who later became a whistleblower advocating for reform in the industry. “It’s a slap on the wrist — it could be millions of dollars, but these companies are taking in billions.”

Kaiser Permanente, the nation’s largest nonprofit HMO, reported $8.1 billion in net revenue last year, a record, and has $52 billion in reserves. While it may sound odd for a nonprofit to report profit, the reality is that Kaiser is broken into several components, and its Kaiser Permanente Medical Groups (KPMG) function as for-profit entities.

“The partners at the medical groups get their bonuses based on spending less money. How do they spend less money? Provide less care.”

With that sort of bottom line, Kaiser is certainly well equipped to withstand some multimillion-dollar fines. In response to a series of questions from Capital & Main, the company provided a statement in which it argued that the striking workers’ union has “deliberately tried to create a crisis in access to mental health care for Kaiser Permanente and its members … These efforts to interfere with patients getting care, as part of its bargaining strategy, is indefensible.”

The job action, conducted by members of the National Union of Healthcare Workers, has thrown another spotlight on Kaiser’s ongoing issues regarding mental health services. Despite the recent passage of two laws designed to expand access and speed up the time between appointments, the health behemoth continues to lag horribly in both areas.

“And the government, until now, has not done anything to challenge them to obey the law,” said Sal Rosselli, president of the NUHW. “The partners at the medical groups get their bonuses based on spending less money. How do they spend less money? Provide less care.” (Disclosure: The NUHW is a financial supporter of Capital & Main.)

Under the KPMG model, physicians after some years of employment essentially become shareholders in their medical groups, qualifying for bonus money that is tied closely to the bottom line. None of the medical groups, each of which operates in its own specific region (such as Northern California), publicly reports its financial information.

The idea of limiting mental health services to cut costs is not new, nor is it limited strictly to Kaiser. By most accounts, patients who require mental or behavioral health services generally cost insurers more than patients who don’t need those services. A 2020 report by Milliman Inc., a consulting firm, found that cost to be about 3.5 times higher per patient.

“There is very little return [on investment] on mental health services,” said Jeff McCombs, a health economist and professor at the University of Southern California. “As a result, those services have been underfunded for decades. Even government programs and private insurance have not covered it well.”

Therapists in the Kaiser system have said they often see between seven and 12 patients per day, which is nearly twice the average of those in private practice.

At a managed health organization like Kaiser, which operates as both the insurer and the provider, the driving force behind many decisions on care is warding off future medical costs, experts say. Treating a patient for certain conditions aggressively and early can lead to less need for more expensive testing or treatment later, saving the company money in the long run.

Mental and behavioral services don’t function in the same way, in part because there is not a closed-end loop on the need for the care. Insurers often place a limit on the number of visits a mental health patient may make in a given year, or cap the number of days it will cover at a rehab facility, Potter said, but there is not a definable long-term benefit to the company for offering the service.

Kaiser’s shortcomings in mental health care have run it afoul of the state’s Department of Managed Health Care on several occasions, including the $4 million fine in 2013 — “a drop in the bucket for Kaiser,” said NUHW’s Rosselli. Most recently, the state agency announced a nonroutine survey of Kaiser’s coverage of mental health services to its 9.4 million enrollees in California.

While the exact cost to Kaiser to adequately build out its mental health practice isn’t known, therapists in the Kaiser system have said they often see between seven and 12 patients per day, which is nearly twice the average of those in private practice. That workload often leads to patients waiting weeks or months between appointments, despite Senate Bill 221, which mandates that insurers provide return appointments within 10 business days in most instances.

A pending piece of legislation, if it becomes law, could ratchet up the pressure for Kaiser and other health insurers to boost their services. The bill, SB 858, would increase the civil penalties tenfold — from $2,500 to $25,000 per violation — for health plans that violate state laws by delaying or denying timely access to care. Those penalties have not been raised since 1975, and because they are issued per individual case, the penalties at the new levels could add up quickly.

Health economists say that direct government intervention, in the form of sanctions or massive fines, may be the only thing that ultimately gets the attention of systems like Kaiser.

“If health plans don’t comply with these laws — and don’t face any meaningful consequences when they don’t — then California residents aren’t going to get the care they need,” state Sen. Scott Wiener (D-San Francisco) said in a statement after the Assembly passed the bill on Aug. 22. After a final sign-off by the state Senate three days later, the bill went to Gov. Gavin Newsom, whose signature it awaits.

Beyond these measures, the state has a few more dramatic options. It has the ability to begin issuing cease and desist orders on certain practices by the health giant, for example, or petitioning the courts to place Kaiser under state-ordered outside monitoring or receivership — but experts consider those the least likely of actions.

Health economists say that direct government intervention, in the form of sanctions or massive fines, may be the only thing that ultimately gets the attention of systems like Kaiser, which doesn’t have much incentive to change otherwise. And, they say, there aren’t any shining examples of other managed health organizations doing significantly better.

“Notoriously in this industry, there is a shortage of mental health providers who are willing to be in network [with an insurer like Kaiser] because the pay for these providers is relatively very low,” said Potter, who was a top executive at both Humana and Cigna before becoming a reform advocate. “There’s not much likelihood that someone enrolled in Kaiser would have a lot of better alternatives elsewhere. These companies are competitive, but none of them wants to be an outlier.”

In the immediate term, the Northern California strike, which commenced Aug. 15, continues. Rosselli said no new negotiations have been scheduled. Kaiser officials said that about 40% of its mental health professionals are still on the job and that the company is in the process of reaching agreements with “hundreds of community-based mental health providers” to see Kaiser patients.

Down the road, Potter said, what the strike should do is “ensure that the policymakers are paying attention, and hearing what the mental health practitioners on strike are saying, and launch an investigation into industrywide practices in California.”

The bigger picture — the business angle — is likely to persist. Simply put, it would cost Kaiser far more to adequately build out its mental health practice than it would to continue absorbing occasional fines imposed by the state for its lagging services.

“Mental health services should be expanded and used more,” said the health economist McCombs. “The problem, if you want to put it that way, is that the payoff for that is not to Kaiser. It’s to society.”