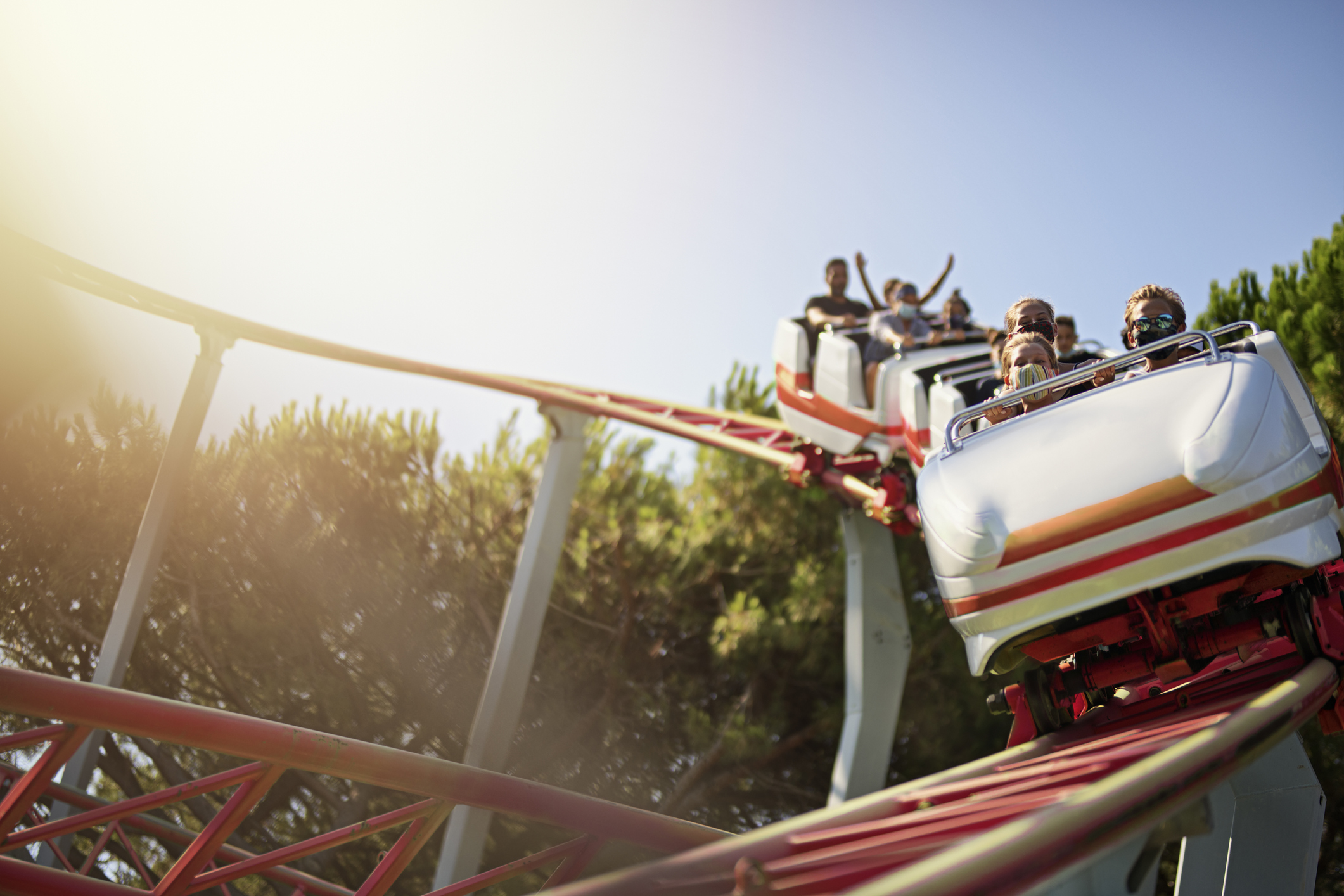 Editor’s note: This is the final column of Pandemic Nation, which has been chronicling the COVID-19 crisis since April 2020.

The lifting of California’s statewide school mask mandate, leaving local districts to decide for themselves how to approach masking at this point in the age of COVID, is only the most recent indication that the state’s leadership is ready to move on to the endemic phase of the virus. Last month, Gov. Gavin Newsom explained the state’s approach toward that goal in some detail.

As with many things connected to COVID-19, though, the rhetoric often runs ahead of the facts. While case rates in California have dropped significantly over the past several weeks, the rolling seven-day infection average remains well above levels recorded early last summer, another time when politicians and some special interest groups wanted to believe COVID had run its course.

Current death rates closely resemble those from a quiet period last year, early June — an encouraging sign. Of course, that was just before the delta variant pushed cases up dramatically in late summer 2021. After a relatively calm fall, the omicron strain again spiked infection rates skyward and packed hospitals to their straining points, another reminder of the roller-coaster nature of the virus and the danger of assuming too much.

It’s the omicron wave from which California and the nation are now emerging. There will be another strain, which produces another wave of infection, and likely other variants beyond that. The severity of those strains is unknowable. This is the nature of the virus.

“Endemic does not mean ‘good’ — it just means ‘here forever,’” said Michael Ryan, a senior official with the World Health Organization, while speaking to the World Economic Forum in January. “What we need to do is get to low levels of disease incidence with maximum vaccination of our populations, where no one has to die.”

Two years in, there are a handful of key takeaways from the U.S. having experienced its part of a true pandemic, the type of global health emergency that experts often have described as a once-a-century event. With COVID nowhere near done either in California or the rest of the country, some of these realities will continue to exert a force in our lives.

First, the politicization of the virus has had fatal effects. A detailed examination of U.S. death rates performed last year by National Public Radio found that people living in counties that voted for Donald Trump in the 2020 presidential election were nearly three times as likely to die from COVID as those in counties that went for Joe Biden. California’s county numbers fell into a similar pattern.

The pandemic has exposed gaps in health care coverage. Early on, COVID tore through lower income communities, where its spread went largely unchecked.

NPR’s analysis began with May 2021 figures, as that is when vaccines for the virus became widely available. The numbers were consistent even when controlling for age, which has been the demographic most determinant in COVID-related deaths. Overall, the data is in line with research by the Kaiser Family Foundation that shows huge disparities in vaccination rates between Republicans and Democrats, leading to more deaths among the unvaccinated.

It was during Trump’s presidency that Operation Warp Speed combined the efforts of multiple governmental agencies and vaccine companies to accelerate the development of COVID vaccines — yet Trump himself was the single biggest hindrance to the effort to confront the disease. Publicly downplaying the severity of the virus, embracing quack treatments and trashing public health experts, the president sowed doubt about the legitimacy of the emergency and wrecked any chance of a timely, coordinated response.

He also got vaccinated three times, which might come as a shock to his most ardent supporters, many of whom have refused COVID vaccines themselves. “They focused in on this one vaccine,” a public health official told Capital & Main. “I wonder if that means they’ll refuse to take a shot every year, if that’s what winds up happening. We could have this virus with us for a while.”

In addition, the pandemic has exposed gaps in health care coverage. Early on, COVID tore through lower income communities, where its spread went largely unchecked. In Los Angeles County, people living in poorer areas were three times more likely to die than those in wealthier neighborhoods.

A proactive approach might have given those county health departments a chance to effectively meet the COVID challenge. They can’t be allowed to fall into disrepair again.

Lower income communities included more people of color, especially Black and Latino residents. They were more statistically likely to carry comorbidities that might make their COVID cases worse; more likely to live in crowded conditions where the virus could spread; more likely to work in jobs for which they had to show up in person. These jobs, in service and manufacturing industries, often had wildly varying levels of safety practices in place.

But there was another factor contributing to the problem: the ongoing, systemic inequity in health care, not just in California but across the nation. Though that’s hardly a new issue, the spread of the virus made its insidiousness all the more obvious and the need for change much clearer.

Newsom ran for office on a pledge to pursue a single-payer health care system run by the state, with access guaranteed to all. That isn’t happening. Instead, the governor’s proposed 2022 budget would remove immigration status as a barrier to Medi-Cal beginning in 2024, part of a larger, ongoing Democrat-led effort to put some form of universal care in place.

Further, the past two years have made clear that local health expertise is critical — and sorely underfunded. County health departments are in line for additional state money, which will allow them to modernize horribly outdated computer systems and add staff, but it’s funding that they needed years ago. A proactive approach might have given those agencies a chance to effectively meet the COVID challenge. They can’t be allowed to fall into disrepair again.

In dark moments, some of the most needed help arrived locally: from county health workers, community clinics, federally qualified health centers. These are the agencies with boots on the ground, the ones whose workers often know their patients by name. While a pandemic absolutely requires a large-scale response, such an effort won’t get far without a thriving local network of health providers, particularly when it comes to reaching the state’s most vulnerable people.

Those workers have been needed desperately. They’ll be needed again — perhaps as soon as the next wave of this same coronavirus. “Endemic,” after all, is not the end.