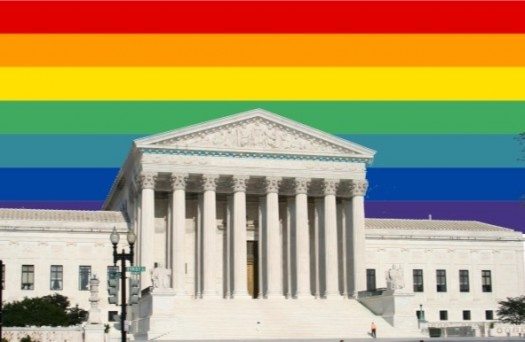 Wednesday’s Supreme Court rulings on same-sex marriage represented a major victory in the battle for social justice. But the Court stopped short of proclaiming same-sex marriage a basic right. It left it to the states to determine whether gay Americans have the same right to marry as their straight counterparts.

This is the same logic — states’ rights — that allowed the Court this week to weaken the Voting Rights Act of 1965, essentially giving states permission to discriminate against Blacks and Latinos in gerrymandering electoral districts and erecting obstacles to voting. Soon, we’re likely to see a number of Republican-controlled states, including Texas, redraw legislative boundaries to make it harder for minority candidates and white liberal candidates backed by minority voters (such as Texas State Sen. Wendy Davis, who courageously waged a filibuster this week to protect women’s reproductive rights) to win public office and to change state laws to make it harder for people to vote.

In the past year, six states have legalized same-sex marriage, bringing the total number to 13 states, including California. In contrast, 29 states now have constitutional amendments defining marriage as between a man and a woman. There’s no doubt that in the near future, gay activists and their straight allies will persuade many states to overturn those laws and legalize same-sex marriage, but the fact that they will have to do so on a state-by-state basis reflects the Supreme Court’s essential conservatism.

To put the current Supreme Court’s rulings in perspective, ask yourself this question: Should the states decide whether black Americans can marry white Americans?

Today that idea seems absurd. Most Americans believe that states shouldn’t be allowed to trample the basic right of interracial couples to marry — even if a majority of people in a state want to do so. It would be unfair — a clear violation of equal rights. That’s one reason we have a federal government.

In 1967, in Loving v. Virginia, the nation’s highest court knocked down state anti-miscegenation laws. At the time, “states’ rights” was the justification used by Southern racists to defend Jim Crow laws, including school segregation, racial discrimination in restaurants and buses, and bans on interracial marriage. It is hard to see how the legal case for same-sex marriage is any different, but the Supreme Court yesterday chose to advocate states’ rights over equal rights. In 1967, the bold Supreme Court was ahead of public opinion. Yesterday, the cautious Supreme Court was far behind public opinion.

In 1967, the Supreme Court justices, no doubt influenced by the civil rights movement, ruled that states did not have the right to ban marriage between people of different races. They based their ruling on the 14th Amendment’s “equal protection” and “due process” clauses.

The case was filed by an interracial couple — Mildred Jeter Loving, a black woman, and Richard Loving, a white man — who lived in Central Point in rural Virginia. Two movies about the Lovings’ case – Mr. and Mrs. Loving (a 1996 made-for-TV dramatic film) and The Loving Story (a 2011 documentary) – make clear that the Lovings were not civil rights activists. They were a humble working-class couple who simply wanted to live as husband and wife and raise their three children in Virginia, where they were born and where they and their extended families lived.

In June 1958, they drove 90 miles and got married in Washington, D.C., to circumvent Virginia’s Racial Integrity Act of 1924, which made interracial marriage a crime. The local police raided their home at night, hoping to find them having sex, which was also a crime in Virginia. The cops found the couple in bed. Mrs. Loving showed them their marriage certificate on the bedroom wall. That was used as evidence that they had violated Virginia’s law. The Lovings were charged with “cohabiting as man and wife, against the peace and dignity of the Commonwealth.”

“Almighty God created the races white, black, yellow, malay and red, and he placed them on separate continents. And but for the interference with his arrangement there would be no cause for such marriages. The fact that he separated the races shows that he did not intend for the races to mix.”

On Jan. 6, 1959, the Lovings pled guilty and Bazile sentenced them to one year in prison. The judge said he’d suspend their sentence if they agreed to leave the state for 25 years. They agreed and moved to Washington, D.C.

In November 1963, the Lovings filed a motion in the state trial court to reverse the sentence on the grounds that it violated the Constitution’s 14th Amendment. It took four years to reach the U.S. Supreme Court. In the interim years, the civil rights movement galvanized America and stirred its conscience about racial injustice. Congress passed the Civil Rights Act and the Voting Rights Act. Change was in the air.

The court at the time included two conservative Republicans (John Harlan and Potter Stewart), a moderate Democrat (Byron White), and two Southerners (former KKK member Hugo Black of Alabama and Tom Clark of Texas, both Democrats), as well as three solid liberal Democrats (William Douglas, William Brennan and Abe Fortas). Chief Justice Earl Warren, a moderate Republican as California governor who became a liberal on the court, used his persuasive skills to engineer a unanimous decision. In deciding the Loving case, the justices no doubt recognized that, despite the fact that many Americans still opposed interracial marriage, the tide of history was turning, and they wanted to be on the right side.

Warren penned the opinion for the court, noting that the Virginia law endorsed the doctrine of white supremacy. He wrote:

“Marriage is one of the ‘basic civil rights of man,’ fundamental to our very existence and survival. . . . To deny this fundamental freedom on so unsupportable a basis as the racial classifications embodied in these statutes, classifications so directly subversive of the principle of equality at the heart of the Fourteenth Amendment, is surely to deprive all the State’s citizens of liberty without due process of law. The Fourteenth Amendment requires that the freedom of choice to marry not be restricted by invidious racial discrimination. Under our Constitution, the freedom to marry, or not marry, a person of another race resides with the individual and cannot be infringed by the State.”

Reread Chief Justice Warren’s words. Then substitute same-sex marriage for interracial marriage and see if his views are any less compelling. Most Americans would now agree that to deny gays and lesbians the right to marry is, as Warren put it, “directly subversive of the principle of equality at the heart of the Fourteenth Amendment.” Today’s version of antimiscegenation laws are those that prohibit same-sex marriage.

When the Supreme Court ruled in Loving v Virginia, many white Americans believe that African Americans were inferior people. Some Americans today have similarly bigoted views about gay people, also justified on religious grounds and with reference to what they believe the Bible says and what God wants. You could hear these beliefs echoed by the lawyers and some of the witnesses staking out the anti-gay marriage side in the Proposition 8 trial in California. You can still hear them on conservative talk radio shows and among the protesters in front of the Supreme Court building this week, claiming to be “defending” the institution of marriage.

But the number of Americans who hold antigay views is rapidly shrinking. More and more people have confronted their own values and views about a subject that was once taboo in their own lifetimes. In 1992, only 52 percent of Americans said that they knew someone who is gay or lesbian. By 2010, that figure had increased to 76 percent. In 1994, 40 percent of Americans believed that people choose to be gay, and in 2004, 33 percent thought so. This year, 62 percent of those surveyed agreed that “being homosexual is just the way they are,” while only 24 percent believed that “being homosexual is something that people choose to be.”

In 1993, only 44 percent of Americans believed that gays should be allowed to openly serve in the military, according to a Washington Post/ABC News poll. Three years ago, more than 75 percent thought so. In 2010, President Obama signed legislation ending the 17-year “don’t ask, don’t tell” policy.

Public support for gay marriage has hit a new high. According to a recent Washington Post/ABC News poll, 58 percent of Americans now believe it should be legal for gay and lesbian couples to get married; 36 percent say it should be illegal. Only 10 years ago, those numbers were reversed, with 37 percent favoring same-sex marriage and 55 percent opposed. Among Americans ages 18 to 29, support for gay marriage is overwhelming, hitting a record high of 81 percent in the new poll, up from 65 percent just three years ago. Support has also been increasing among older Americans. Three years ago, 66 percent of Americans ages 65 and older opposed same-sex marriage. This year, 55 percent of that age group oppose gay marriage, 44 percent support it and 6 percent have no opinion.

The tide of public opinion has already turned, and there’s no going back. Even a growing number of Republican politicians are reversing course and jumping on this bandwagon. Soon, conservative politicians and groups will no longer be able to use gay marriage as a “wedge” issue to stir controversy and win elections. When children born this year reach voting age 18 years from now, they will take same-sex marriage for granted. And they will surely wonder how it was even possible that America once deprived gays and lesbians the right to marry.

In 1967, the Warren Supreme Court boldly ignored prevailing public opinion and overturned state bans on interracial marriage on the grounds that they violated the 14th Amendment. But yesterday, when it came to same-sex marriage, the Roberts Supreme Court chose to be on the side of “states’ rights” caution rather than on the side of “equal protection” for all.