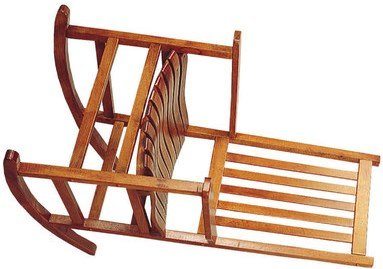 In 2011, the University of California, Berkeley Center for Labor Research and Education put out a study that should have sparked mass rallies up and down the Golden State. The report found that nearly half of California workers will retire in or near poverty. In other words, a state once synonymous with the American Dream of economic opportunity and security is on a path to become a purgatory for millions of seniors.

It’s hard to square this alarming fact with the revelation last month that a group of mostly ultra-conservative electeds and activists will try to place a statewide measure on the 2014 ballot that would slash the pensions of government workers. The group, headed by San Jose Mayor Chuck Reed, includes Texas billionaire John Arnold, who has made “pension reform” a personal crusade.

The initiative would not only cut the retirement benefits of future public sector workers, but of current government employees as well. Should the measure make it to the ballot and prevail, that provision will surely trigger a bitter legal fight.

The proposed initiative shows just how out of touch pension slashers are with the economic reality facing most Californians. The 2011 U.C. Berkeley report found that 22 percent of the state’s workers face retirement incomes at or below the federal poverty level, which is widely regarded as an indicator of extreme poverty. Another 24 percent of Californians will retire with an income of 200 percent or less of the poverty line — in other words, $1,860 a month or less in 2009 dollars.

These staggering statistics are part of what Yale University scholar Jacob Hacker calls the “coming age of retirement insecurity” — which itself is part of what he has dubbed the “Great Risk Shift”:

“Over the last generation,” writes Hacker, “economic risk has shifted from broad structures of insurance, whether sponsored by the corporate sector or by government, onto the fragile balance sheets of American families. As a result, Americans increasingly find themselves on a shaky financial tightrope, without an adequate safety net to catch them if they fall. This shift has occurred across nearly all major facets of Americans’ economic lives — their jobs, their health care, their balancing of work and family, their assets and, yes, their retirement — and it has fundamentally reworked Americans’ relationships to their employers, their government and each other.”

Reed, Arnold and their group of pension slashers apparently didn’t get the memo and are determined to undermine one of the last effective safety nets for American workers — the moderate retirement benefits of government employees. They base their attack on two shaky claims: one, that these benefits are overly generous; and two, that pensions are the primary reason for the financial hardships facing state and local governments.

These assertions have been bolstered by generally sloppy reporting and commentary from the media, which have amplified the message that public sector pensions are both unreasonable and unsustainable.

In fact, the average government retiree in California receives $2,629 a month — a number you won’t see in most stories about bloated pensions. Since many government employees do not qualify for Social Security, they rely primarily on their modest retirement benefits to get by.

Research has also shown that the fiscal challenges of state governments cannot be attributed to public sector workers. As U.C. Berkeley researchers discovered, “Budget deficits were primarily caused by the housing crisis and subsequent economic downturn which resulted in a decline in revenues as the economy contracted.” To underscore their conclusion, they point to a Center for American Progress report which found that public sector compensation as a share of state budgets actually declined between 1992 and 2009.

There is a case to be made for better accounting on the part of municipal and state government in regards to ensuring complete financial information when it comes to retirement benefits. Recommendations for such accounting changes have been outlined in numerous authoritative reports, such as the 2011 study released by the National Institute on Retirement Security.

But ultra-conservative “pension reformers” are not looking for solutions that preserve the retirement security of government workers. They are instead trying to blow up the whole system of defined retirement benefits.

So what is going on here? While “pension reform” has to some extent become a bipartisan cause, much of the agenda is being driven by a constellation of right-wing forces that is reflexively anti-union and, to a large extent, anti-government. The pension-slashing movement is closely tied to ultra-conservative groups like the Reason Foundation and the Lincoln Club, which in turn are linked to the American Legislative Exchange Council (ALEC) and such figures as the Koch brothers. Political figures like Wisconsin Governor Scott Walker and Texas Governor Rick Perry are then tapped to carry out the pension reform agenda.

Few would argue that these extremist elements are looking out for the interests of the average Californian. So the next time you hear about the need for “pension reform,” read between the lines to see whether retirement security is the goal — or the target.

(Julie Gutman Dickinson is partner in the union-side law firm Bush, Gottlieb, Singer, Lopez, Kohanski, Adelstein & Dickinson. She serves on the Advisory Board of the Los Angeles Alliance for a New Economy. Her post first appeared on Huffington Post and is republished with permission.)