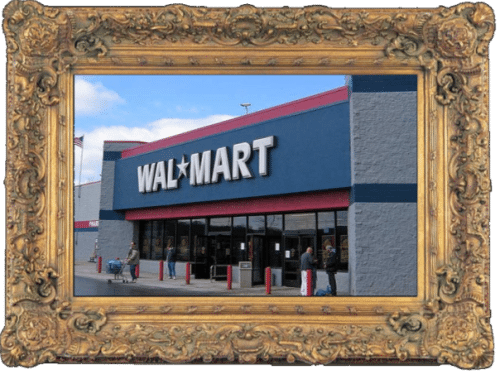 Last year Walmart commissioned a study on itself, and now its findings can be revealed: Walmart is the greatest thing since penicillin. More specifically, the study sees the chain-store titan’s widening footprint on America’s retail landscape as a gift for the communities lucky enough to have a Supercenter land on them.

The research, conducted by the Hatamiya Group, a Davis-based firm owned by Lon Hatamiya, is predicated on a comparative analysis of taxable retail sales and retail business permits, and reaches two conclusions: “On average,” California communities with Walmart Supercenters in them have fared better economically than those without them.

Of course, while it may be difficult to name a community that doesn’t have a Walmart in it, California is a very large state and has places where even Walmart won’t tread – economic no-go zones that have been especially hard-hit by the recent recession and slow recovery.  (One community the study uses to represent a non-Walmart town is the bankrupt city of Vallejo.) Hatamiya’s comparisons are a little like saying towns with Neiman Marcus stores in them fare better than those without them – you wouldn’t attribute Beverly Hills’ affluence to the presence of Neiman Marcus, just as you wouldn’t blame Bombay Beach’s lack of prosperity on the absence of a Neiman’s.

Though the 105 Walmart Supercenters in California may indeed bring “total taxable retail sales” (presumably mostly Walmart sales) up, this must be balanced with the overall downward drag on the community. Walmart and other superstores kill jobs, suck up taxpayer money in the form of development subsidies and public assistance for its workers, force small businesses to close their doors and drive wages down for retail and grocery workers in the surrounding communities.

Walmart has grabbed an estimated 70 percent of the taxpayer funds available for building in economic assistance zones in California over the last decade. Rather than gaining jobs, studies have shown that when superstores open, local, small businesses close, workers lose their jobs, wages are depressed, and the environmental impacts from these large format stores lead to increased traffic and pollution for the residents of the local community.

A more personal, if indirect riposte to the Hatamiya research comes from a Walmart manager who, writing in Gawker, described an anarchic business model that appears to treat employees and customers alike as cattle to be moved from one pen to the next in order to pad the company’s profit margin. Wrote this manager:

Home office put a hold on all our ordering of supplies and try explaining to customers you don’t have toilet paper for the rest rooms. We had to cut all our part-time associates from 32 hours to 25.5 hours. All our full-time associates had their hours cut too. In addition we had to call all the people we had scheduled for orientation and tell them we couldn’t hire them. Imagine you were told to start Walmart on Thursday but then get a call on Wednesday saying nope can’t hire you.

Writing in response to the Gawker exposé, another Walmart manager offered further insight into the stores’ workings in the form of a FAQ feature, including this explanation for Walmart associates being unable to help shoppers locate items:

. . . you would be correct to conclude that you aren’t going to find a lot of people in any Walmart who have worked there long enough to actually learn where everything is [because] . . . my bosses make up a BS excuse to fire them just before they hit $12 an hour!

So “on average,” Walmart’s employees don’t seem to be benefiting very handsomely from the proliferation of Supercenters. At least one of the company’s hired help, though, has become more prosperous: According to the Sacramento Bee, this is Lon Hatamiya’s third such study bought by Walmart.