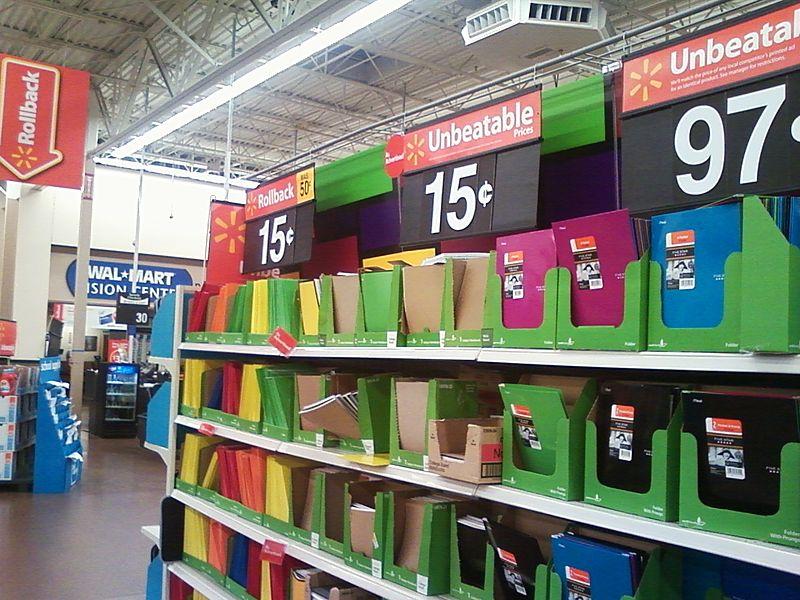 Most of us know how badly Walmart treats its employees. Yet whenever the remedy of paying a living wage is proposed, opponents always argue that the cost to Walmart shoppers is too high, and that low-income consumers will be hurt the most.[1]The question is: What will a living wage for Walmart workers cost Walmart shoppers?

First, some background. A 2005 study found that Walmart jobs in metropolitan areas pay less and are less likely to offer benefits. Other researchers demonstrated that Walmart workers earn on average 31 percent less than workers in large retail stores as a whole and about 60 percent of the wages of unionized workers. They also found that an astounding 75 percent of full-time workers with at least one year on the job made below $10 an hour and less than half were enrolled in Walmart’s cost-prohibitive health plan.

Moreover, the entry of Walmart into a county reduces both average and total earnings of all retail workers, including competitors who are forced into a race to the bottom by Walmart, and reduces the amount of retail workers with health coverage. Walmart’s  poverty jobs lead their workers to make greater use of public health and welfare programs. This conveniently transfers the burden of providing benefits and a sustainable lifestyle from Walmart to taxpayers. 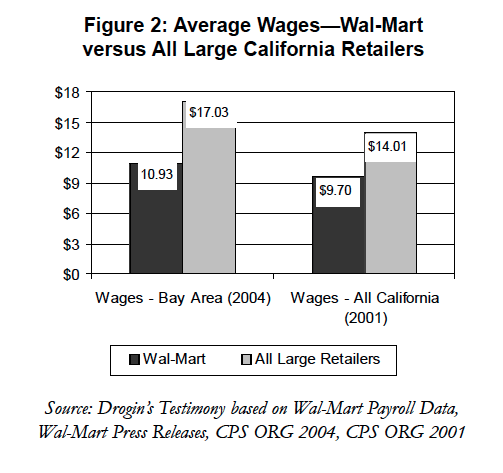 However, Walmart’s massive workforce could be lifted out of poverty, and it wouldn’t take much out of any person’s pocket. Let’s assume that Walmart raised all of its workers’ wages to a minimum of $12 an hour. How much extra money would the average consumer have to spend to provide a living wage to all of Walmart’s workers? Walmart shoppers would pay a mere 0.46 cents extra per shopping trip, or $12.49 a year, with shoppers with higher incomes bearing more of the cost than shoppers with lower incomes.[2] So the answer is: The cost is low.

A 2011 report by the UC Berkeley Center for Labor Research and Education shows that low-income people would benefit the most from a Walmart living wage. By re-weighting each state’s percentage of U.S. households equal to each state’s percentage of U.S. Walmart stores, researchers found that low-income Walmart workers could expect to earn an additional $1,670 to $6,500 a year, depending on their current wages.

In short, the next time Walmart tells you customers won’t pay for a living wage, don’t believe them—it’s Walmart that won’t pay.

[2] This assumes that the average Walmart customer spends $43.95 per shopping trip, and makes 27 shopping trips per year, spending $1,187 annually at the store. This 46-cent increase amounts to a 1.1 percent increase in prices.