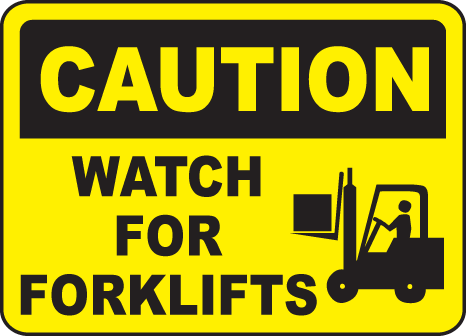 Workers at a Southern California warehouse that moves Walmart merchandise filed a complaint with Cal/OSHA Monday detailing a high rate of injury associated with unreasonable quotas. They are seeking an immediate investigation of the facility.

The complaint, filed by Warehouse Workers United on behalf of two workers – one of whom is currently on strike to protest retaliation at the warehouse – documents repetitive lifting at extreme rates. These working conditions that have led to back injuries of multiple warehouse workers within the last year at an NFI warehouse in Mira Loma, California dedicated to moving Walmart goods.

According to the complaint filed with the California Division of Occupational Safety and Health against employers Walmart, NFI, and staffing agencies Warestaff and Select: “The workers who do this work are required to perform at an extreme rate under the pressure of managers who aggressively pressure workers to meet quotas with threats, harassment and, eventually, firing of less productive workers.”

“Workers are asked to do the humanly impossible or risk losing their jobs,” said Guadalupe Palma, a director for Warehouse Workers United, an organization committed to improving warehousing jobs in Southern California. “It is more common to meet a warehouse worker who has been injured than one who is healthy.”

Workers are required to work at an extremely fast pace. For example, one worker could move boxes between 10 and 100 pounds as many as 2,000 times each eight-hour shift.

“I am young and I was healthy until the pace inside the warehouse wore me out and used me up. Now it is tough for me to walk and stand,” said Jose Gonzalez, whose medical records pertaining to his back injury are part of the complaint filed with Cal/OSHA.

The complaint references standards set by the Department of Occupational Health and Safety that require employers like NFI, Walmart and Warestaff to take preventive action whenever there have been at least two similar injuries of workers who hold the same position within one year. Documents provided by Warestaff, one of the staffing agencies that employs workers at the NFI warehouse, record a number of injuries in the last year that are commonly caused by repetitive motion. This complaint addresses the core issue of why so many workers in the Walmart supply chain have back injuries – and the failure of the responsible employers to take the required actions to prevent such repeated, serious injuries.

It is separate from an earlier filing with Cal/OSHA that is still under investigation. The July 18 complaint documented instances when workers were discouraged and even prevented from reporting injuries formally. It also raised concerns about dangerous machinery, lack of training, inadequate access to clean drinking water and required pay for protective equipment.

Workers and their supporters are calling on Walmart to take responsibility for working conditions in the Inland Empire warehouses it relies on. As the largest retailer in the world, Walmart effectively dictates the standards of operation in the logistics and distribution industry, which impacts the lives of 85,000 warehouse workers in Southern California who every day unload merchandise from shipping containers that enter through the ports of Los Angeles and Long Beach and load it onto trucks destined for retail stores like Walmart.

[On] Sept. 12, after several appeals to Walmart and its contractors to end retaliation and fix poor working conditions at the same warehouse, a group of warehouse workers went on strike to protest unfair labor practices they have faced on the job.

The workers—who do not have a recognized union—walked off the job to call for an end to retaliation and unfair labor practices committed by their employers, NFI and Warestaff.

Days later, warehouse workers in Illinois walked off the job to protest retaliation at a Walmart distribution center in Elwood, Illinois.

Workers from multiple Walmart-contracted warehouses have asked Walmart to respond to the health and safety problems, wage and hour violations, retaliation and other legal violations at their workplaces. Workers have filed charges with federal and state agencies, and with Walmart itself, directly citing violations of Walmart’s own “Standards for Suppliers.” The National Labor Relations Board is currently investigating numerous federal charges filed by the warehouse workers.

Walmart’s contractors, including logistics firms Schneider and NFI, have been cited for breaking the law, including health and safety violations, wage and hour violations, and retaliation against workers who speak up. Walmart’s contractors are under investigation by a state agency for health and safety violations and workers have filed a federal lawsuit about stolen wages by Schneider, a Walmart contractor, and subcontracted staffing agencies. Walmart, to date, has ignored workers’ concerns.

This post first appeared on the Warehouse Workers United site and is republished with permission.