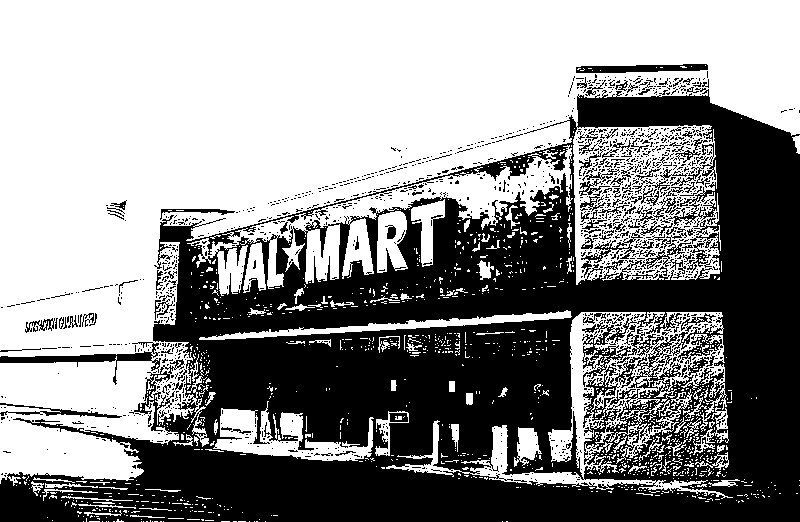 Bangladesh is half a world away from Bentonville, the Arkansas city where Walmart is headquartered. This week, Walmart surely wishes it were farther away than that.

Over the weekend, a horrific fire swept through a Bangladesh clothing factory, killing more than 100 workers, many of whose bodies were burnt so badly that they could not be identified. In its gruesome particulars — locked doors, no emergency exits, workers leaping to their deaths — the blaze seems a ghastly centennial reenactment of the Triangle Shirtwaist fire of 1911, when 146 workers similarly jumped to their deaths or were incinerated after they found the exit doors were locked.

The signal difference between the two fires is location. The Triangle building was located directly off New York’s Washington Square. Thousands watched the appalling spectacle of young workers leaping to the sidewalks 10 stories down; reporters and photographers were quickly on the scene. It’s not likely, however, that the Bangladesh disaster was witnessed by anyone from either the United States or Europe — the two markets for which the clothes made inside that factory were destined. For that, at least, Walmart should consider itself fortunate.

The Bangladesh factory supplied clothing to a range of retailers, and officials who have toured the site said they found clothing with a Faded Glory label — a Walmart brand. Walmart says that the factory, which had received at least one bad report for its fire-safety provisions, was no longer authorized to make its clothing but one of the suppliers in the company’s very long supply chain had subcontracted the work there “in direct violation of our policies.”

If this were an isolated incident of Walmart denying responsibility for the conditions under which the people who make and move its products labor, then the Bangladeshi disaster wouldn’t reflect quite so badly on the company. But the very essence of the Walmart system is to employ thousands upon thousands of workers through contractors and subcontractors and sub-subcontractors, who are compelled by Walmart’s market power and its demand for low prices to cut corners and skimp on safety. And because Walmart isn’t the employer of record for these workers, the company can disavow responsibility for their conditions of work.

This system isn’t reserved just for workers in faraway lands: Tens of thousands of American workers labor under similar arrangements. Many are employed at little more than the minimum wage in the massive warehouses in the inland exurbs of Los Angeles, where Walmart’s imports from Asia are trucked from the city’s harbor to be sorted and packaged and put on the trucks and trains that take them to Walmart stores for a thousand miles around.

The warehouses are run by logistics companies with which Walmart contracts, and most of the workers are employed by some of the 200-plus temporary employment companies that have sprung up in the area — even though many of the workers have worked in the same warehouses for close to a decade. Last year, the California Department of Industrial Relations, suspecting that many of these workers were being cheated, charged one logistics company that runs a warehouse for Walmart with failing to provide its employees with pay stubs and other information on their pay rates. Walmart itself was not cited. That’s the beauty of its chain of deniability.

A small band of these warehouse workers has been demonstrating for the past couple of months to bring attention to the bizarrely contingent nature of their employment and the abuses that flow from it. Their numbers were augmented Friday by actual Walmart employees in stores around the nation, calling attention to the everyday low wages and absence of benefits that the vast majority of the company’s 1.4 million U.S. employees receive.

Other discount retailers — notably Costco and Trader Joe’s — pay their workers far more, train them more extensively, have much lower rates of turnover and much higher rates of sales per employee, according to a Harvard Business Review article by Zeynep Ton of the MIT Sloan School of Management. Costco is a very profitable business, but Walmart maintains an even higher profit margin, which it achieves by underpaying its employees. The conservative economic blogger Megan McArdle estimates that if Walmart held its profit margin down to Costco’s level, its average worker would make about $2,850 more each year — a considerable increase in a sector where workers’ earnings average less than $25,000 a year.

But Walmart neither pays its own nor takes responsibility for those who make and move its wares. For America’s largest private-sector employer, the emergency exits are always open.