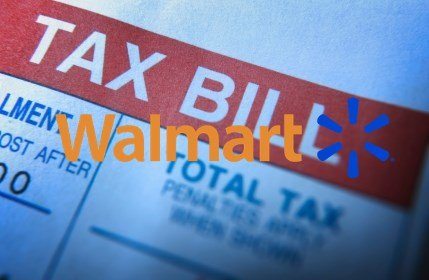 Walmart’s expansion strategy for Los Angeles and other urban areas has been to avoid public oversight by choosing real estate that doesn’t require public review – and, where possible, to secure public subsidies, often with little public scrutiny.

This is exactly what happened in both Covina and Cathedral City. In 1993, Walmart negotiated an intricate deal with the City of Covina’s redevelopment agency that resulted in the company making a tidy profit of $4.1 million. Walmart made a $10.8 million loan to the CRA to purchase several plots of land for the corporation, which was then sold back to Walmart at the discounted price of $6.7 million. In this way, Walmart effectively received a $4.1 million subsidy from taxpayers to develop the land. Similarly, in 1995, Walmart was reimbursed by Cathedral City for $850,000 for “infrastructure improvements,” but on the day that taxpayers recovered this subsidy, the company promptly closed its store and opened that same day two miles away, just across city boundaries in neighboring Palm Springs.

More recently, the City of South Gate was awarded $12.7 million for public improvement projects related to a proposed Walmart in the new Azalea Retail Project along Atlantic Avenue. While a jobs agreement was rumored to have been signed by the city and the developer, the scale of the subsidy should have prompted local leaders to fully assess what it was getting for its investment and how residents would benefit. South Gate is actually forking over much more than one subsidy for this project, which will include a Walmart Superstore as its anchor: Future Walmart employees who receive public assistance will also be subsidized by taxpayers, at about $1 million annually, or roughly $5,815 per employee.

Since the 1990s, some cities, like Los Angeles, San Jose and Sacramento, have passed legislation to make these types of deals more transparent. In Inglewood, after voters beat back a Walmart-funded initiative that would have given the company carte blanche to build whatever it wanted, the city adopted a superstores ordinance.

These local laws notwithstanding, most cities do not have the tools to ensure transparency and a means of assessing what the impact of a superstore will be. A big box bill, AB 667, passed the state Assembly and is now pending in the state Senate. It takes its cue from Inglewood and other cities which have passed similar laws. The bill would require developers to provide cities with more information for projects receiving public subsidies. By requiring similar economic impact reports as the Inglewood ordinance, the law would enable the public to assess what impacts the supercenters would have on taxpayers, small businesses and other affected groups.

To date, Walmart has chosen, more often than not, to forego the economic impact reports; one must question why there is hesitation to demonstrate impacts when the company itself often claims that it benefits communities.

Obamacare and the Low-Wage Work Crisis