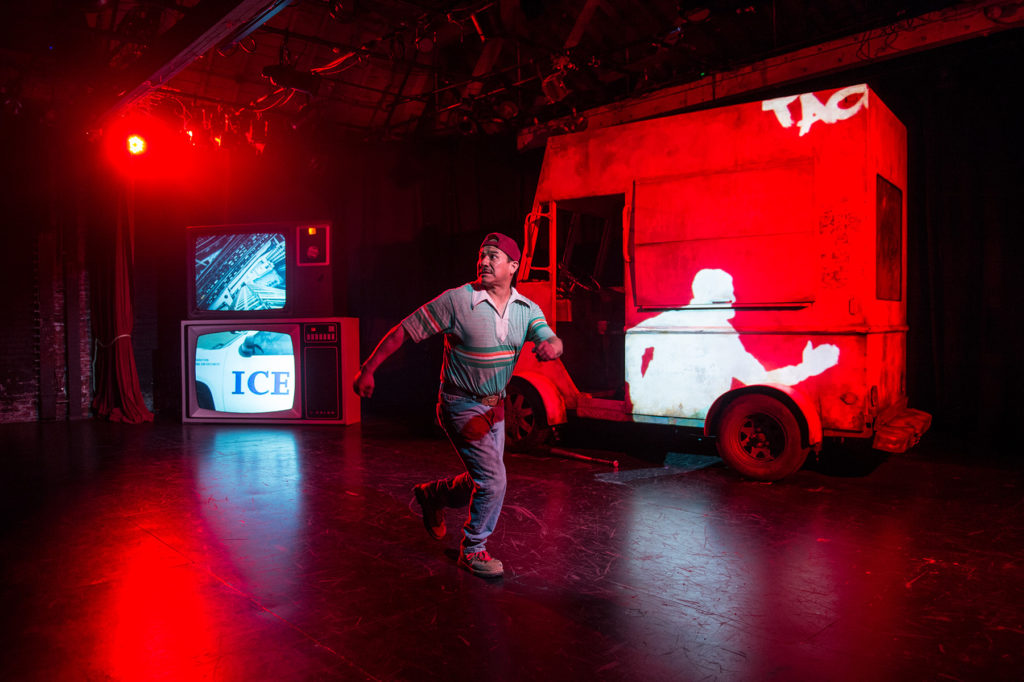 ICE, Leon Martell’s family friendly play, takes place in 1988 and follows the misadventures of two undocumented immigrants: Chepe (Jesús Castaños-Chima), an avid baseball fan who dreams of making a fortune selling gourmet tacos; and his cousin Nacho (Tony Dúran), whom the beleaguered Chepe summons from Mexico to assist him in setting up his business. Directed by Debbie Devine at 24th Street Theatre, the show displays plenty of heart, not all of it realized in this premiere production. Despite this, there’s enough political relevancy, moral truth and human comedy packed into the show’s 65-minute time frame to overlook its shortcomings.

The core of the humor is the difference in personality between the two cousins. The ambitious Chepe is bitter and frustrated about his experience in America, where he’s been cheated and lied to by bosses who exploit his labor and pay him next to nothing. Yet he’s bought into the American Dream of money and fame, and to achieve that he’s purchased a dilapidated old ice cream van to convert into a taco truck. It doesn’t run, though, and the secret family salsa recipe is with his kin in Mexico. So, he phones home and implores his mechanic cousin to head north, bringing the salsa recipe as well as his skills. 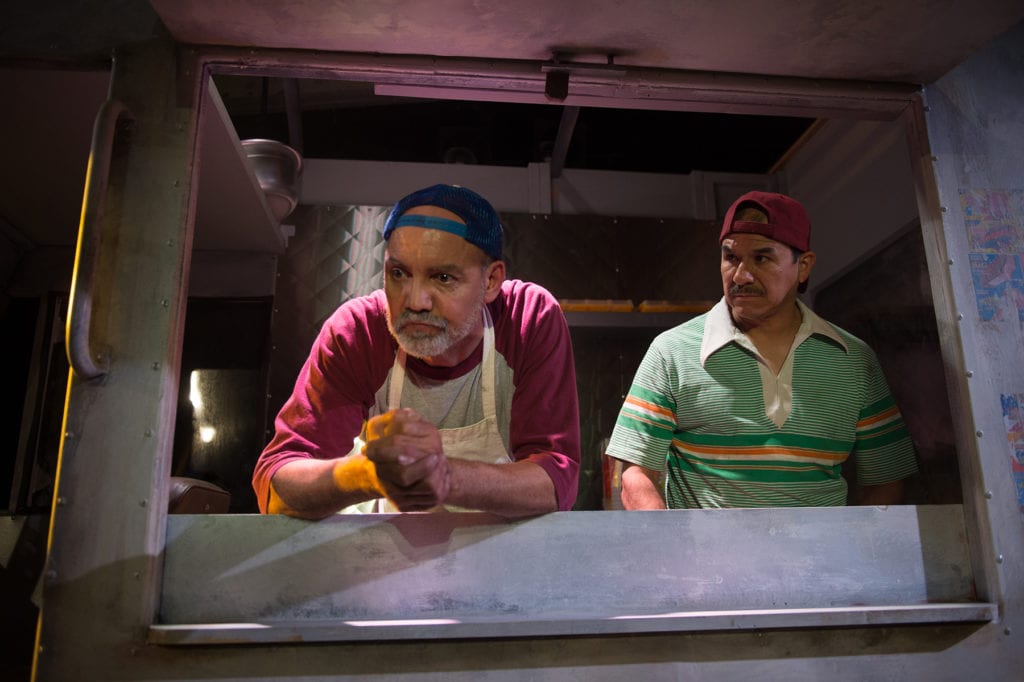 Cousin Nacho, by contrast, is a sweet old-fashioned guy. He wants success too, but making money isn’t the only thing he thinks about. He juggles tomatoes to make kids laugh and indignantly admonishes Chepe for his desperate inclination to do what it takes (steal tomatoes, for example) to score success.

Into the mix Martell tosses a blind, disgruntled priest (Davitt Felder), who plays guitar and wants to launch English classes for children in his parish (the archdiocese turns him down). Then there’s Chepe’s truck, which has opinions of its own. It breaks out in jingles at random intervals; later, it communicates with Nacho via blinking red letters that eerily appear on the side of the vehicle, furnishing the two men with simple directives and essential advice. When ICE (Immigration and Customs Enforcement) shows up, it alerts them to run.

Although not all of the comedy clicks, Martell’s story has both weight and charm. The production’s overriding plus is its successful rendering, fashioned with humor and craft, of the difficulties immigrants face. Its main weakness is Castaños-Chima’s technically skilled but somewhat chilly depiction of his character, which leaves us wishing for more warmth and complexity. Felder appears awkward in his role of the blind priest, but proves versatile on video as Chepe’s various nemeses. Dúran’s naïve Nacho is a lovable presence from first to last.

Related Topics:immigrationImmigration and Customs Enforcement (ICE)
Up Next

‘Ameryka’ a Biting Commentary on Our National Psyche