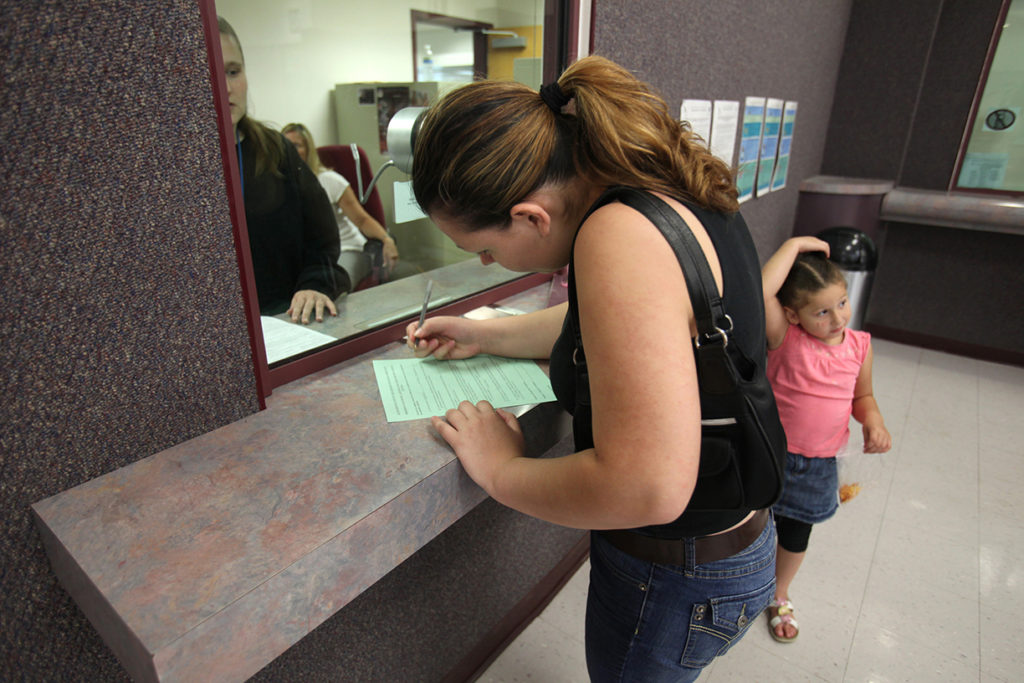 Immigration Attorney:
“There’s no doubt that we’re seeing on a national level what we saw in California in the Pete Wilson era.”

The Trump administration is making new rules that would prevent immigrants from settling in the country or receiving a green card if they or their families have received benefits from a wide array of federal, state and local programs — even if the benefits were for an immigrant’s U.S.-citizen children.

The language in the administration’s rule change, first reported by Reuters, shows that immigrants who enroll their children in public programs like Head Start or the Children’s Health Insurance Program (CHIP) risk having their visa applications rejected.

The same goes for immigrants who apply for health insurance subsidies under the Affordable Care Act, along with Women, Infants and Children (WIC) assistance for poor pregnant or nursing women and their children.

“There’s no doubt that we’re seeing on a national level what we saw in California in the Pete Wilson era,” said Alvaro Huerta, referring to the get-tough policies of the former Republican governor in the 1990s. Huerta is a staff attorney for the National Immigration Law Center, which defends and advocates for the rights of immigrants with low incomes. “It’s the same over-the-top reaction to immigrants coming in, and the always-present scapegoating of immigrants for the economic woes of the country.”

Under Wilson, state health officials enthusiastically cooperated with the U.S. Department of State’s ill-fated Public Charge Lookout System. Initially touted as an anti-fraud program aimed at immigrants bilking the state’s Medi-Cal system, the program was discontinued after reports that state investigators and immigration agents were pressuring legal immigrants and even citizens to repay millions in Medi-Cal benefits to which they were legally entitled, or risk having their relatives’ visa applications rejected.

Federal guidelines passed in 1999 require immigrants seeking to become lawful permanent residents to demonstrate that they will not rely on government services. This nearly two-decade-old rule has been narrowly interpreted as reliance on government-funded long-term disability payments or government cash-assistance programs like Supplemental Security Income (SSI), Temporary Assistance for Needy Families (TANF) and state unemployment programs.

As a result, public charge is an element of federal immigration policy rarely invoked or enforced. According to State Department records, the denial rate for applicants on public charge grounds from 2005-12 was less than one one-hundredth of one percent.

The new restrictions that Trump is proposing mean that immigrants who have received any public benefit to which they were legally entitled are liable to be turned away at points of entry, or have their applications to extend their stays in the country be denied.

“We’ve already seen chilling effects at our health center since last January,” said Thu Quach, an administrator at Asian Health Services in Oakland, referring to the month when a draft executive order, directing the Department of Health and Human Services to change its policies so that use of health benefits could constitute a public charge, leaked from the White House.

Though the order was never issued, its message was clear. Immigrant-rights advocates say Trump’s new restrictions on government benefits are likely to trigger widespread fear in immigrant communities and frighten many legal immigrants into avoiding prenatal care and dropping their children from Medi-Cal rolls — to avoid having their or their family’s visa applications rejected.

“We have stories from staff indicating people are not signing up for food stamps or Medicaid, even though they’re eligible,” Quach said. “These are green card holders, not undocumented people. They will pay out of pocket so as not to be listed in records. They’re worried about whether the government will go after them and worried about their sponsors having to pay this back.”

Madison Hardee, a senior policy analyst with the Center for Law and Social Policy in Washington, DC, sees other consequences: “It’s a proposed rule that could force families, including citizen children, to choose between getting the help they need and reuniting with those who they love.”

The draft rule from HHS states the issue as one of legal immigrants placing an undue burden on American taxpayers.

“Non-citizens who receive public benefits are not self-sufficient and are relying on the U.S. government and state and local entities for resources instead of their families, sponsors or private organizations,” the document states. “An alien’s receipt of public benefits comes at taxpayer expense and availability of public benefits may provide an incentive for aliens to immigrate to the United States.”

Randy Capps, research director for U.S. programs at the Migration Policy Institute, an independent think tank in Washington, DC, says the administration is cherry-picking data to imply that immigrants as a group are dependent on the government or not working as much as they could be.

“We think of things like health insurance coming as support for initial integration, not long-term dependency,” Capps said. “If you look at the trajectory of benefits use it’s lower over time. That’s something not mentioned by the administration.”

A new rule change will require a lengthy review process before it can take effect. Jonathan Withington, a spokesman for U.S. Citizenship and Immigration Services, said, “No decision about public charge is final until the rulemaking process is completed.”

Immigration advocates say they are also preparing a legal challenge, if necessary, which could further delay implementation.

Climate of Fear Could Lead to Huge California Census Undercount