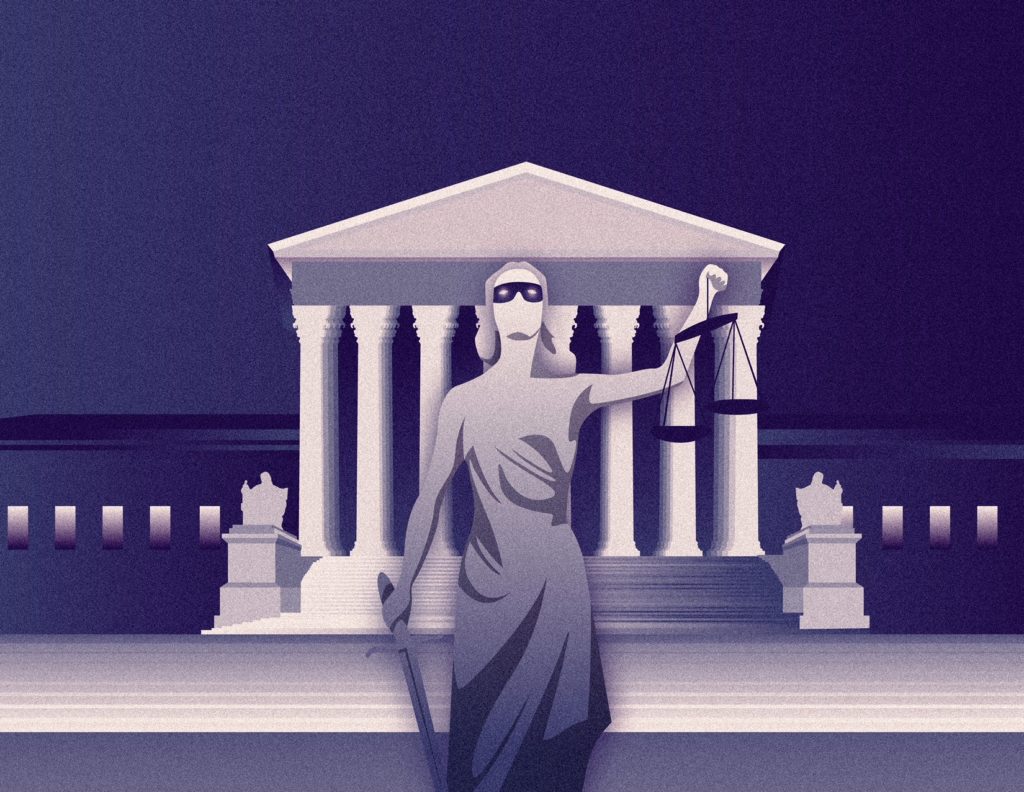 The Trump Organization’s reported requirement of mandatory arbitration agreements makes it part of a growing trend of private employers requiring their workers to sign such agreements as a condition of employment.

An upcoming U.S. Supreme Court decision could strip key rights from tens of millions of American workers — and also be a boon to the Trump Organization, which could benefit from the Trump administration’s reversal of the government’s position on the case. At stake in the case is whether employers can require their employees to sign arbitration agreements in which they give up their right to file class action lawsuits.

A ruling in management’s favor in National Labor Relations Board v. Murphy Oil would be no mere tweak of American labor law. Justice Stephen Breyer has said it could cut out “the entire heart of the New Deal,” which put in place the modern framework for labor and management relations. 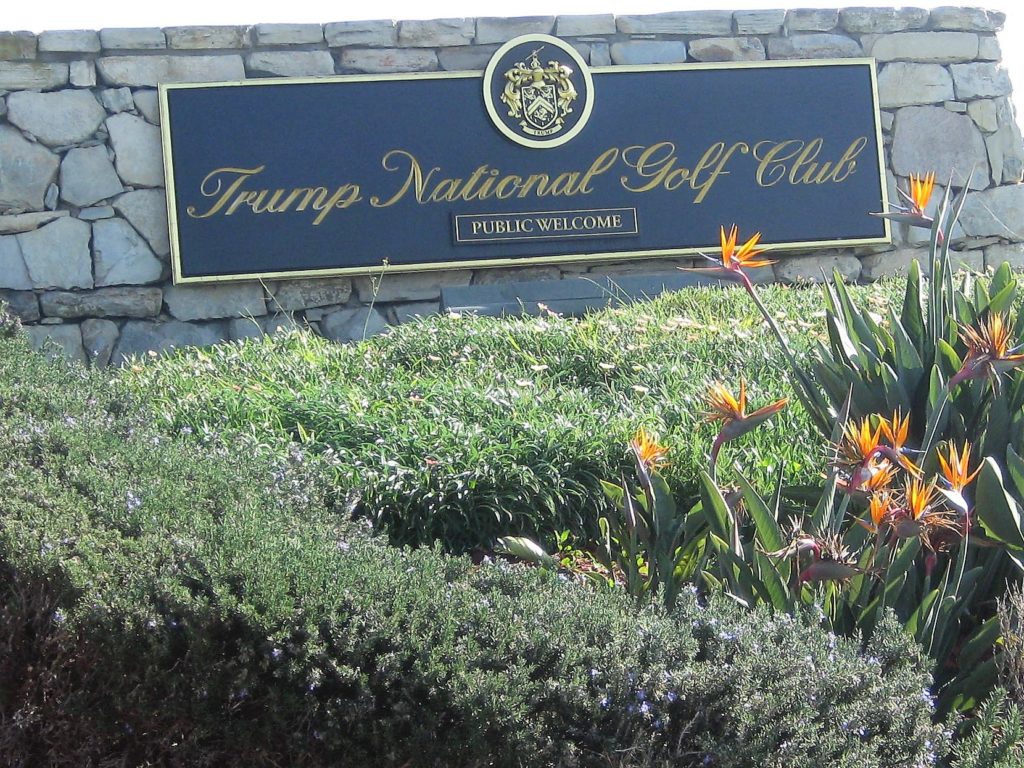 Celine McNicholas, an EPI labor counsel, said that without the ability to bring joint actions, workers often lack the means to bring wage, sexual discrimination and other claims forward — or to even attract the interest of lawyers.

“It’s very difficult for individual workers, particular low-wage workers, to find attorneys for those cases if they can’t aggregate their claims,” she said.

Attorneys arguing in favor of retaining the class action waiver say that the 1925 Federal Arbitration Act supports their position that such contracts are legally binding. The NLRB, which brought the suit against Murphy Oil—and labor attorneys like Michael Rubin—argue that employees’ rights are protected by the National Labor Relations Act and can’t be signed away.

Since 2003 Trump’s business ventures have been the target of at least seven lawsuits involving allegations of unpaid wages and overtime, missed lunch breaks, age discrimination and retaliation.

The class action waiver “strips workers” of basic rights established by federal labor law and therefore constitutes an “illegal contract,” according to Rubin, a partner at Altshuler Berzon, which filed a friend-of-the-court brief on behalf of 10 international labor unions in the court cases. (The court consolidated arguments in the Murphy case with arguments from two other similar cases, Epic Systems Corporation v. Lewis, Ernst and Young v. Morris.)

In a blog post, EPI’s McNicholas added there are serious policy implications to a ruling that favors employers, as many significant cases dealing with workers’ rights have been brought as collective or class actions.

“Murphy Oil may be the last workers’ rights case the Supreme Court has the opportunity to consider for the foreseeable future,” she wrote.

Last June, the case’s defendants received a powerful boost from the Trump administration. That this happened says as much about the embrace of big business and this administration as it does about the precarious status of American labor.

Murphy Oil attracted media attention when President Trump’s acting solicitor general, Jeffrey Wall, reversed the government’s position last June. Under the Obama administration, the solicitor general had filed a petition supporting the NLRB’s view that the right to collective action was protected under federal labor law. (Unlike the solicitor general’s office, Trump’s NLRB has not changed the agency’s position on the Murphy case.)

Because of the government’s reversal, the Murphy case pits the solicitor general’s office against the NLRB. Seeing two representatives of the federal government argue opposite sides in a case was a first for Justice Ruth Bader Ginsburg in her 25 years on the bench, she told Georgetown University law students last fall.

What’s drawn less scrutiny is the degree to which this decision could potentially benefit the Trump Organization, the holding company for the president’s many business enterprises.

The degree to which the acting solicitor general’s reversal could potentially benefit the Trump Organization has drawn little scrutiny.

Since 2003, according to a Capital & Main review, Trump’s business ventures have been the target of at least seven lawsuits in which Trump employees achieved or sought class action status. These involved allegations of unpaid wages and overtime, missed lunch breaks, age discrimination and retaliation.

A USA Today investigation found 130 state and federal employment cases involving Trump companies dating back to the 1980s, a figure that Jill Martin, a vice president and assistant general counsel for the Trump Organization, insists is small for an organization of its size.

CBS News has reported the Trump Organization has tried to keep employee complaints out of the courts: Last August—two months after the acting solicitor general reversed his agency’s position on Murphy Oil — Trump Organization employees were told they must sign arbitration agreements if they wanted to keep their jobs.

It’s not been disclosed whether those arbitration agreements include the class action waivers at issue in the Murphy Oil lawsuit. But Capital & Main has viewed a copy of an arbitration agreement between a Trump Organization employee and management that contains a class action waiver. The worker at the Trump National Golf Club in Rancho Palos Verdes, California signed the agreement as a condition of employment in the spring of 2011, two and a half years into litigation against the oceanside golf club, according to the agreement that was viewed.

By signing the arbitration agreement containing the class action waiver, this employee gave up the right to go to court to address violations of the labor code, age discrimination statutes, Title VII of the Civil Rights Act, and the Fair Employment and Housing Act, a California statute used to fight sexual harassment and other forms of discrimination in employment and housing, according to the document that was viewed.

The Palos Verdes lawsuit received significant media attention during the 2016 presidential campaign because of sworn testimony by its lead plaintiff, Lucy Messerschmidt, who said she was fired after she complained about not being scheduled to work when Trump was on the premises, allegedly because of his “preference for young pretty women in the hostess position.”

Her claims were backed up in court documents by former employees, including Hayley Strozier, who said that Trump told managers “many times” that “hostesses were ‘not pretty enough’ and that they should be fired and replaced with more attractive women.”

The case, settled in 2013 for almost half a million dollars, resulted in service workers with little individual clout joining together to address a work environment where employees said they were regularly denied rest breaks, and where female employees claimed they faced discrimination. The lawsuit also led to lasting changes in the club’s operating practices, said Jeffrey Cowan, one of the attorneys who brought the suit against the club.

At the time Cowan filed the lawsuit, the club “was not being run in a very controlled or careful way,” he said. Now “they’ve got someone there who is riding herd on the managers and on the general business operations to make sure that California and federal law is followed.” The club’s management did not admit to any fault in the lawsuit, according to court documents.

The Trump Organization did not respond to a request for comment on this story.

Whether conditions at the club have improved would be hard for an outsider to verify. Some club staff say they have been told not to talk to the press, and, according to CBS News, employees throughout the Trump Organization were asked to sign non-disclosure agreements, which require them to keep any information about the Trump family confidential. It is not known whether the class action waivers are still in place at the Palos Verdes club, how many workers were asked to sign the agreement at the time or whether they are widespread in the Trump Organization.

The gag order may be unusually stringent, but the Trump Organization’s reported requirement of arbitration agreements makes it part of a growing trend of private employers requiring their employees to sign arbitration agreements as a condition of employment. The high court could issue a ruling as early as this month.