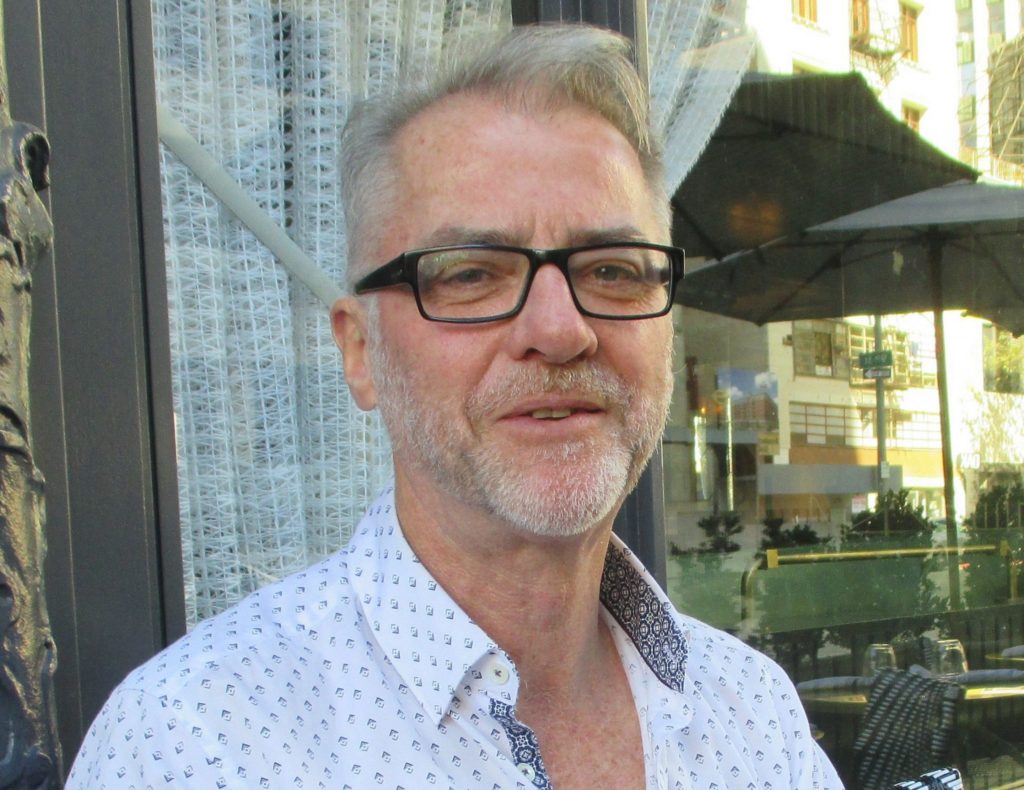 The TWU has some 90,000 members, including truck and bus drivers, along with workers in freight logistics, aviation, warehousing and in some railroads and dairy plants.

Capital & Main caught up with Sheldon at his downtown hotel’s restaurant during a brief Los Angeles stopover, and got his take on the struggles facing labor here and abroad, how multinational corporations are globally changing labor issues, Brexit and, for good measure, the proposed Trans-Pacific Trade Agreement, which is opposed by both Hillary Clinton and Donald Trump.

The lanky, soft-spoken and congenial trade unionist displayed an intense focus on the role of labor in a world dominated by multinational corporations.

“There were union people at the convention from all over, in particular the U.S., United Kingdom, France, Australia and Belgium,” Sheldon said. “We focused our discussions on organizing the labor force of international corporations. We have significant fights going on around the world.”

One of these corporations, he said, is XPO Logistics. According to its website, XPO – which is headquartered in Greenwich, Connecticut, with its European headquarters in Lyon, France – earns an estimated $15 billion in annual revenue and has over 88,000 employees in 34 countries.

The company, which is heavily backed by equity funds whose managers have no national allegiance or national accountability, went on a buying spree over the last few years. In the U.S., XPO bought Con-Way in 2015, a major U.S. transportation and logistics provider and a big presence at the Port of Los Angeles, he said.

“Once they [XPO] take over, the layoffs start and they’ve streamlined the process,” Sheldon said. A particular problem in both the U.S. and in Europe, he said, is the “misclassification of workers” on road transports, which has created significant disruptions at the L.A. and New Jersey ports.

Misclassification of workers in the trucking industry, Sheldon said, is a tactic increasingly used by multinational corporations, particularly by XPO, to cut labor costs.

“They identify drivers as ‘owner-operators,’ even though [drivers] take all the risks and are fully controlled by the employer,” Sheldon said. “The hours they work and the work they are allocated are also controlled, and they can only work for that employer.”

Sheldon emphasized these owner-operators don’t get paid any benefits or even a minimum wage.

“On a quiet work week, they end up paying for [a truck’s] lease back to the company that owns the vehicle, as well as their fuel and insurance,” he said. “They can end up going home to their families actually owing the company money.”

Sheldon said that XPO has been operating this way in Europe, laying off in-house drivers and hiring what amounts to freelance drivers: “In France XPO has also been firing drivers and then engaging drivers from Eastern Europe and paying them Eastern European wages, because they are not obligated to pay them French wages or benefits.” (In 2015 XPO’s French division bought Norbert Dentressangle, a major logistics company that had been charged by a French prosecutor with employing this strategy. This past spring, after a court dismissed the charges against XPO/ND, the prosecutor announced an appeal would filed.)

Sheldon added that there have been a number of mini-strikes and court proceedings filed against XPO and connected to its alleged misclassification of workers in a number of countries.

“Unions have sent them correspondence asking them to come to the table to discuss these issues,” Sheldon continued. “But XPO has said they will meet with the Europeans but not with the Americans or anyone else. And that’s because U.S. laws don’t require them to negotiate with labor unions.”

According to Sheldon, the European unions, in a show of solidarity with U.S. labor, have refused to meet with XPO unless the company also meets with American unions. (XPO’s representatives did not respond to repeated calls for comment on Sheldon’s statements.)

Another company the union reps in Las Vegas compared notes on was Durham Charter Services and its parent company, National Express, Sheldon said.

Durham operates some 17,000 buses in 32 states, according to its website, and is the second-largest school bus operator in the country. Here in Southern California, Durham School Services operates in Santa Ana, Carson, Oxnard, San Bernardino and elsewhere.

“Wages and labor rights are collectively bargained in the United Kingdom,” Sheldon points out, “but in the U.S. it’s a fight for every inch.”

The Teamsters, he added, are trying to organize Durham’s drivers across the country but the company uses “all the classic union-busting techniques, including layoffs and firings to try and stop union activities,” he said.

Much of the combined international labor activities regarding multinational corporations — calling hour-long mini-strikes, ordering slow-downs and filing legal complaints about misclassified workers – are designed to raise anti-labor issues in bargaining rounds across the world and to highlight the abuses of labor forces by these multinationals.

One successful organizing effort, he said, involved the Toll Group, an increasingly important player at the L.A. and New Jersey ports involved in container and transportation operations. Toll was purchased in 2015 by Japan Post Holdings, a Japanese multinational that owns the postal service in that country, along with banks, hospitals, logistics and transport companies.

Toll has been aggressively organized by the Teamsters, Sheldon continued. According to a July, 2015 Wall Street Journal report, Toll is one of a handful of big companies at the congested Port of Los Angeles that has been hiring drivers as full-time employees; the company has a large share of the short-haul trucking work at the L.A. port. Sheldon said it has come to the table with the Teamsters and the ensuing labor agreements have resulted in a stable and reliable work force for Toll.

As for Brexit, Sheldon said the June vote taken by the British to withdraw from the European Union “will give labor in the UK and internationally an appropriate way to deal with the growing dislike among all our communities with the current trade agreements.”

Sheldon, like most U.S. union leaders, opposes the TPP agreement and backed the Bernie Sanders campaign’s evaluation of TPP, which relied on research done by the Economic Policy Institute.

Sanders claimed TPP will cost service-sector and manufacturing jobs; that U.S. sovereignty will be undermined by giving corporations the right to challenge American laws before international tribunals; that wages and benefits will be cut and collective bargaining agreements will be threatened.

Sanders, during his failed presidential campaign, laid out a forceful case against the TPP, starting with EPI’s claim that the agreement will lose the U.S. an estimated 130,000 jobs to Vietnam and Japan alone.

“As much as I respect President Obama, the trade agreements he’s negotiated are the worst,” Sheldon continued. “There’s nothing free about them except for what the corporations are free to do to our communities, particularly with TPP. It will drive many jobs away from this country, more from my country and unions will lose more workers. Capital will simply move from one country to another, wherever it’s cheapest and the conditions are the nastiest.”

However, Sheldon said he and his union are not opposed to all trade agreements and he would support one that protects worker rights in the U.S.

Dropping Private Prisons Should Just Be the DOJ’s First Step

DOJ to End Use of Private Prisons