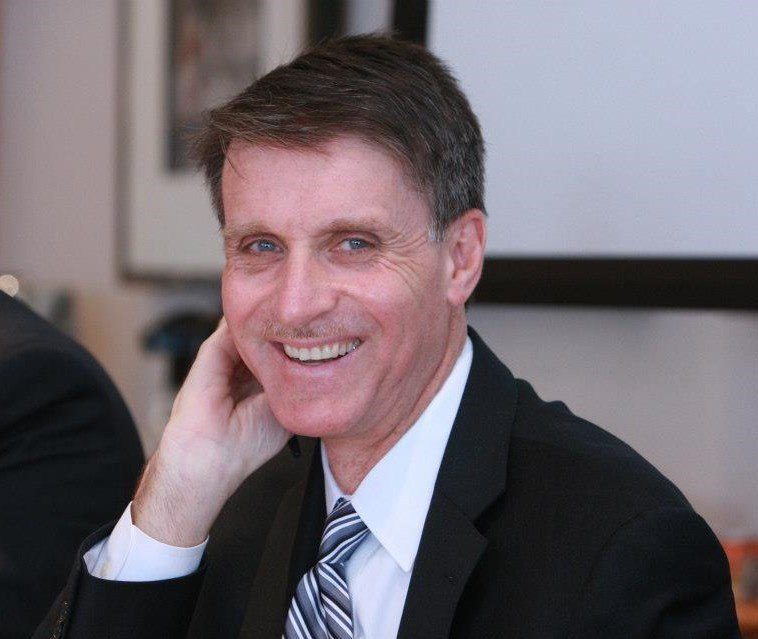 To say that Ed Wytkind likes to talk about America’s epic failure to invest in transportation is akin to saying that Pauline Kael enjoyed critiquing films or that Christopher Hitchens was fond of writing political commentary. Because Wytkind, who heads the AFL-CIO’s Transportation Trades Department and will be honored next month at the L.A. Alliance for a New Economy’s City of Justice Awards, lives and breathes transportation, and is determined to bring the issue front and center in the national conversation.

Wytkind, one of the country’s leading advocates for long-term investment in such things as mass transit and air travel modernization, offers a powerful case that the future of America’s economy is inextricably linked with our decision to either fund or starve our transit systems. And he can be a fierce critic of Congressional inaction on such priorities as full of funding Amtrak and repair of the nation’s neglected highways and bridges.

The day after the mid-term election, Capital & Main spoke to Wytkind about the high-stakes battle to bring the nation’s transportation systems into the 21stst century.

What does the recent election mean for the effort to address inequality?

We got an incredibly big dose of what happens when you create disenfranchised voters across America who don’t seem to understand how Washington and how governors connect with our lives. They are not seeing enough politicians fighting for them, whether they work for Amtrak and see politicians reducing funding, or are immigrants seeing immigrant bashing and reform stuck, or fast food workers who don’t really see the political leadership in this country standing up for them when they go on strike or fight for a living wage. Add to it an incredible amount of unregulated money that bought the public airways and you get this weird and volatile outcome.

If you were Mitch McConnell, what would your first move be now?

Responsible leadership recognizes the cards you are dealt and tries to accomplish things for the country regardless of what the more extreme political base wants you to do. If I am McConnell, I try to drown out the more extreme voices in my caucus – those who want to impeach the president or repeal Obamacare – and find some important common ground on the economy or immigration reform so Americans feel less disenfranchised and more connected to the people they elected. It’s a lot easier to throw bombs than to build bridges.

What can President Obama do in the last two years of his term to move a progressive agenda?

What made him an incredible candidate is that he bypassed the Washington noise and in 2008 had a dialogue with Americans and got them very excited about what change meant. He needs to get back to connecting with ordinary people and get them excited about things that matter. He needs to engage the public with stamina. He can’t give a good talk and let the issue evaporate – or allow the debate to be about McConnell and Boehner and himself and inside-the-Beltway noise.

Why are you so passionate about rebuilding transportation in America?

Transportation was more of a bipartisan issue in the early part of my career. During the Chris Christie flap, I asked rhetorically, What does he have against commuters? No matter what you do for a living, you need a transportation system that functions, that’s safe and reliable. These issues have become political Ping-Pong balls like everything else in D.C., where the reckless austerity crowd confuses pork barrel spending and wasteful government with hundred-year investment in infrastructure. It drives me because without a long-term solution and a multibillion-dollar investment we are becoming an also-ran nation in terms of our ability to compete in the global economy. It’s not getting better because we are passing short-term Band-Aid bills that barely keep up with inflation. We need to restore the idea that transportation and the infrastructure of the economy is a bipartisan issue.

What are the first things you would do if you were in charge of transportation?

I would launch a dialogue with the American public and businesses by going to strategic parts of the country and talking to people — not about whether they want to replace an aging bridge, but about what matters to them as far as transportation [is concerned.]

The second thing is I would go to Capitol Hill and use the bully pulpit and meet with the people who are going to make the decisions about this, and I wouldn’t tell them what we need, I would ask them what I can have. If they don’t engage and only want to give me what they are against, I would go public and have a dialogue with the public on why we can’t get your elected officials to tell me what they are for. Because you just told me you want faster commutes and shorter lines in airports, and now I am trying to solve that problem.

What is the good news on transportation?

We have worked hard to prove that when you take the opposite track [of this], you get what happened in the previous Congress: complete gridlock. In this [current] Congress, all the bills they at least tried to move were done on a bipartisan basis. We made it okay for Democrats to work with Republicans to seek common ground. The bipartisan Amtrack passenger rail bill is a monumental achievement given that in the previous Congress, the outgoing [House Transportation and Infrastructure  Committee] chairman produced what I thought was the worst Amtrak bill in the modern era.

In the previous Congress we faced the worst piece of surface transportation legislation that had ever been written. We demonized it and in the end it died of a thousand cuts. Now the committee is looking for a bipartisan bill that finally solves the highway problems of the nation.

Our goal going forward is to transportationize the [2016] elections – we do not want politicians to be able to take a pass on these issues.

How has the nation’s underinvestment in transportation affected its workers?

Historically transportation has provided a really great pool of middle-class jobs. There are still plenty of them, but what we have seen is the corrosive effect of not investing in infrastructure. We have seen a dumbing down of labor standards. When budgets get tight and large transportation authorities face a recession like the one we just went through, they start getting seduced by really awful policy ideas including wholesale privatization of services, contracting out of work and attacking collective bargaining rights. You have workers in the para-transit field who carry the disabled and elderly through the transportation system, some of them are working for $10 an hour. That’s a disgrace, to be asking people [who] carry out such important work [to have to] hold down two or three jobs. With the huge wave of mergers in airlines, we have seen massive transfers of wealth to shareholders and corporate execs while workers have seen pensions eliminated, wages cut and more outsourcing.

The second way it has manifested is that when you stop investing in infrastructure, over the course of 15-20 years you have idled millions of jobs. The people who could be working go to Best Buy or Home Depot because they can’t get a job repairing bridges or building out new passenger rail systems. This is the first generation in the modern era that has seen a decline in the quantity and quality of jobs that transportation provides.

Who inspired you to do the work you do?

I have wonderful parents who taught me the value of work and family. They worked hard, and though they weren’t wealthy they provided for their kids and sent me to college. When I was in college at U.C. Santa Barbara I started getting more and more angry. I watched Prop. 13 hollow out the public school system and other stuff happening in the 1970s, and felt I needed to do something about it. I took a one-way flight to D.C. with five suitcases, $1,000 in my bank account and no job. I was burning inside and needed to come to Washington. I set out to get involved in the war of words. I started out as a journalist covering various industries and honed my writing skills. There was a tipping point – I was writing for a magazine and newspaper, and was part of a conference, and was asked by someone in the audience why I was such a lapdog of labor when I wrote stories about them. I said to myself, maybe I am a labor partisan, so I brought that passion to another venue.