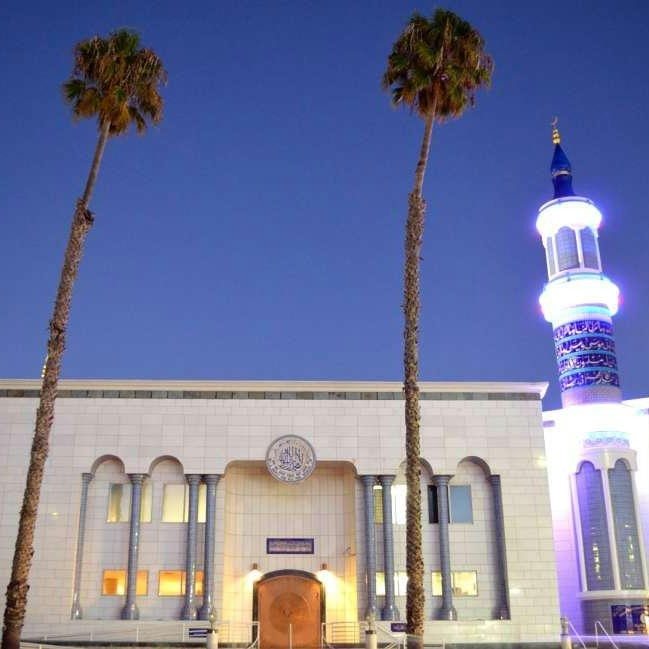 “There is more fear right now in the local Muslim community than after 9/11 because of the proximity of the recent violent attack in San Bernardino and the xenophobia present in U.S. political culture,” Shakeel Syed told an interfaith gathering attended by about 100 people last Sunday. Syed is executive director of the Islamic Shura Council of Southern California. He added that law-abiding, peaceful Muslims living in the Los Angeles-area are feeling paranoid.

To provide comfort and information for the local Muslim community, the Shura Council and the King Fahad Mosque of Culver City organized  the event. Most of the crowd were first generation Muslim immigrants from South Asia, the Far East, West and North Africa, and the Middle East, and overwhelmingly male. The others present represented local Christian congregations, human rights activists and neighbors, all wanting to express solidarity with the Muslim community.

Shura Council Director: “Shame on us if we expect our rights to come to us on a platter.”

After a reading from the Koran and a warm welcome from Culver City Councilmember Meghan Sahli-Wells, a panel of speakers shared the historical experiences of a range of minority, mostly immigrant communities – as well as stories of the fear, discrimination and hostility they faced as they struggled to become accepted members of American society.

“The Japanese American communities stand with you — you are not alone, we are with you,” Osumi said, and invited members of the mosque to visit Little Tokyo to learn more about his community. Osumi’s group recently held a vigil and rally in Little Tokyo against xenophobia and attacks against Muslims.

After reminding the crowd that the first person killed in in the U.S. in retaliation for 9/11 was a turbaned Sikh man (possibly mistaken for a Muslim), Syed introduced Jyotswaroop Kaur, education director of the Sikh American Legal Defense and Education Fund, founded in 1996. She described her own family’s experience with anti-Sikh riots in India before immigrating to the U.S. to protect their lives.

Kaur asked the crowd who knew their elected representatives (few hands were raised) and encouraged them to “call your Congressperson and let them know they are also responsible for you and your safety.”

Father Alexei Smith, the ecumenical and interreligious affairs officer of the Los Angeles Catholic Archdiocese, introduced by Syed as “a person of collar,” described the hatred and bigotry that Catholics experienced in this country during the early 1920s. A major St. Louis paper at the time, he said, regularly attacked the Catholic “menace.” Convents were raided and set on fire in some states and, in others, Catholics were barred from seeking public office. “All this was based on fear of the ‘other;’ fear of the unknown,” Smith said. “Inter-religious dialogue is an embrace, making room in oneself for another person.”

Syed had come to the gathering from the Coachella Valley, where a local mosque, which he described as “a small structure of 1,800 square feet [serving] fewer than 150 members,” had recently been firebombed. A young man has been charged with throwing a Molotov cocktail at the front door; the bomb burned nearly the entire building, which is currently boarded up. Local faith leaders and elected representatives had gathered that day to show solidarity with the Muslim families in their loss.

Syed said that, as the Shura Council director,  he hears reports every day of reprisals, attacks on women wearing hijabs and, most recently, that “Jesus is the way” was spray-painted on the Islamic Center of Hawthorne. “We can do better than that,” he declared.

“I for one am so tired of the notion that Muslims are responsible for what is happening [in perpetrating acts of violence],” Syed told Capital & Main after the interfaith event. “The violent attack in Colorado Springs [in which a shooter stormed a Planned Parenthood clinic] was not seen as a burden on Christian pastors or the Christian community. They were not asked to take responsibility for the violence committed by their religious followers.”

But, he added, “Shame on us if we expect our rights to come to us on a platter. When I look at the budgets of the mosques [in Southern California] I see nothing, or miniscule amounts, budgeted for social justice.”

Suggesting that it is time for Muslims to translate their concerns about the direction of American society into action, and action specifically for the larger, common good, Syed pointed to the example of a Muslim neurologist in Pomona who had patients served by the Inland Regional Center in San Bernardino before the recent shooting took place there. The doctor set up Muslims United for San Bernardino with the goal of raising $20,000 for the victims’ families.

After sending the crowd-funding appeal to mosques in the area, $215,000 was quickly raised, allowing the group to give $100,000 to help fund the burials of those who had lost their lives. Another $100,000 will be offered to the families through the United Way. The victims of the attack were mostly working class people with limited resources; half of those killed were union members.

“Muslims must plant themselves firmly in the street, supporting the poor and disadvantaged,” Syed insisted.

Related Topics:IslamophobiaShakeel Syed
Up Next