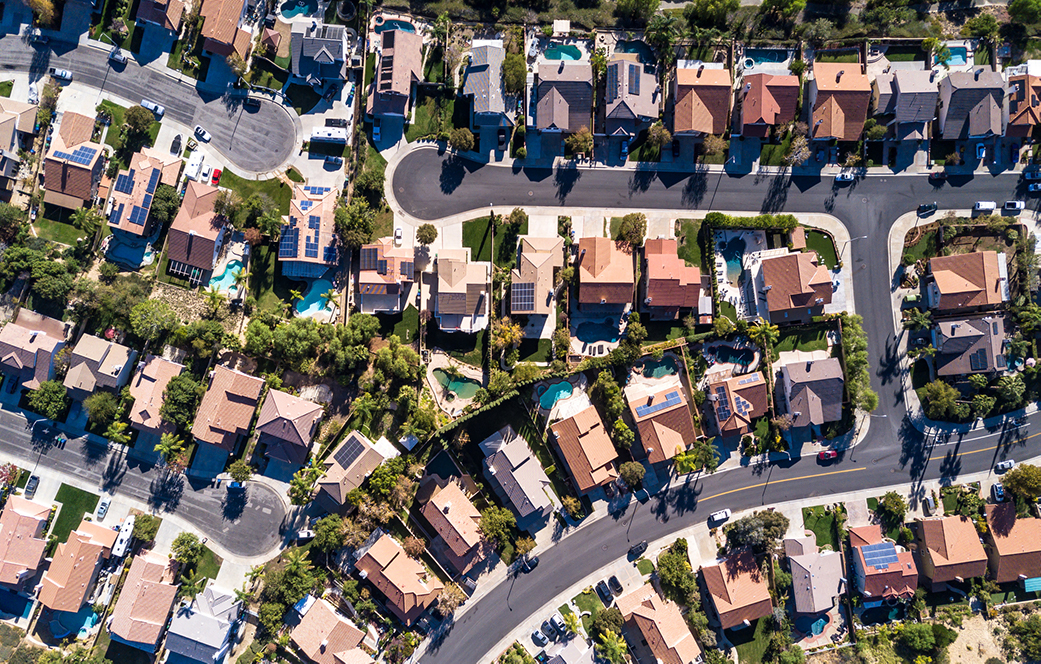 The classic American ideal of a single-family home surrounded by a green lawn and picket fence may no longer be sustainable in California. Today, most of the state’s residential land — more than two-thirds of it — is set aside exclusively for one home per lot. The practice may not only have driven up land prices, it has also created intense racial and economic segregation. Single family zoning is the “new redlining,” wrote Richard Kahlenberg in a New York Times op-ed earlier this year. Scholarly work on the exclusionary effect the practice has had in U.S. cities has recently come to public attention.

Now, California’s legislative leadership hopes to allow up to four homes on a single lot without local government approval. The state would become the second to do away with single family-only zoning. More homes on less land — at least in theory — could lead to more homes that more Californians could afford. Oregon eliminated single family zoning in larger cities in 2019. The city of Minneapolis did so the year before, and Berkeley and Sacramento have also moved to bar the practice.

Authored by Senate President pro tem Toni Atkins (D-San Diego), SB 9 would allow developers or homeowners to build duplexes on a single parcel or to split a single lot in two to make way for as many as four homes per property anywhere in the state, except where local governments ban such development in high fire zones. The law wouldn’t apply in historic preservation districts and prohibits displacement of those who’ve lived in rental units for at least three years. Seven hundred thousand new homes could spring up under the bill, according to a report by the University of California, Berkeley, Terner Center for Housing Innovation.

But whether SB 9 would actually lead to more affordable home ownership opportunities and low cost rentals — housing that California needs the most — is a matter of intense debate. The legislative fight over SB 9 highlights a conundrum of California’s housing crisis: Housing is primarily a private business. Lawmakers try to create the conditions that will lead to more affordable housing, but they don’t build homes or control the market and can’t assure that their fixes will benefit those who need affordable housing.

SB 9 supporters and opponents alike insist their positions are based on equity and social justice, and both sides find themselves in strange alliances that don’t fall neatly along party or ideological lines.

“We know land use policies, especially in Southern California, have driven racial segregation and wealth disparities for decades,” said Elise Buik, president and CEO of United Way-Greater Los Angeles in testimony before the Assembly housing committee in June. “We also know that our housing crisis is driving our homelessness crisis and that communities of color are disproportionately bearing these burdens.”

In addition to the United Way, the bill’s backers include some of the state’s most powerful interests: the California Chamber of Commerce, the California Building Industry Association, Facebook, YIMBY (Yes In My Backyard) groups backed by big tech and the cities of Oakland and San Diego. Sacramento Mayor Darrell Steinberg, along with affordable housing developers and some progressive groups, also urge passage of the bill.

Opposing it are dozens of homeowner associations with classic NIMBY (Not In My Backyard) concerns over crowding, noise and traffic. They’ve joined forces with more than 100 smaller cities, many of which say SB 9 and other housing bills are a state power grab aimed at taking away local land use authority. Also on this side are several chapters of grassroots Indivisible groups, which were formed to resist Trump policies, the Los Angeles County Democratic Party and the AIDS Health Care Foundation, whose Housing Is a Human Right arm says developers will scoop up properties from lower income people, displacing them to make way for the affluent.

Echoing this sentiment is Beatriz Dieringer, mayor of Rolling Hills and the host of a recent virtual town hall meeting rallying opposition to SB 9.

“I personally don’t see anyone who’s being helped other than real estate developers and investors,” Dierenger said. More than a thousand people logged onto the town hall, according to organizers from Livable California, a group that has also opposed the legislature’s efforts to create denser housing.

“These bills transfer the future of our neighborhoods into the hands of speculative real estate interests and away from hard-working people.”

Dieringer is a Republican activist and an unlikely voice against unchecked market power. Her ​​L.A. County town, population 1,513, is a textbook example of exclusionary zoning. It’s a gated community whose multimillion-dollar homes with ocean views are mostly permitted only on generous expanses of land. Developers would likely not consider Rolling Hills for duplex development because land prices are so high. However, joining forces with Dieringer were two other women who said their communities were already under threat: San Fernando City Councilwoman Cindy Montanez and Lynetta McElroy, a resident of Leimert Park in South L.A.

“We are ground zero for developers coming in and destroying our beautiful homes,” McElroy said. “South L.A. and Oakland really are the seats of Black culture.” Ella Fitzgerald and Ray Charles both lived in her neighborhood, McElroy noted. “When these homes are gone, we are gone.”

“These bills transfer the future of our neighborhoods into the hands of speculative real estate interests and away from hard-working people,” Montanez said. “We will not be kicked out.”

The town hall ended with a call to flood the governor’s and legislators’ offices with calls, email and requests for meetings, and with audience questions about whether the Sept. 14 recall election might sway Gov. Newsom. It likely will not. If Newsom survives, he’ll have more than three weeks to decide whether to sign SB 9.

SB 9 cleared the Senate 28 to 6, with six Democrats choosing not to cast a vote, a common out for lawmakers who may feel caught between opposing forces or who don’t want to upset party leaders. Sen. Steve Glazer, a Democrat from the East Bay Area suburb of Orinda, was the only one of the six who answered Capital & Main’s query about his decision to avoid the vote.

“I support state efforts to incentivize local governments to approve more housing. These projects should be approved after local officials have held public hearings that address issues involving traffic, environmental protection and the provision of public services. Local governments are better suited to make land-use decisions rather than one-size-fits-all state mandates,” Glazer wrote.

Asked why Glazer didn’t simply register a no vote, spokesman Steven Harmon wrote that the effect of not voting is essentially the same, but “it’s more of a signal that he shares the author’s goals but just not this specific remedy.”

SB 9 might have a tougher time as it moves through the state Assembly. At a June 9 committee hearing, Assemblywomen Tasha Boerner Horvath, who represents northern San Diego County, and Luz Rivas, who represents the eastern part of the San Fernando Valley, including the city of San Fernando, raised concerns about construction in fire-prone areas. Rivas, in particular, worried about gentrification, commenting that in her district, residents were being pushed out to the Antelope Valley, more than an hour’s drive from many of their jobs in Los Angeles.

“This is a difficult vote for me,” Rivas said, “because of opposition in my district and in my region.” Rivas voted yes, but her spokesman, Ruy Laredo, said she could change her vote on the floor if the final bill doesn’t meet her concerns. Boerner Horvath chose not to cast a vote, as did Assemblyman Richard Bloom (D-Santa Monica), a progressive known for his housing advocacy.

Sen. Mike McGuire (D-Healdsburg), who presented the bill on Atkins’ behalf, noted that while the bill includes no affordability provisions, local governments could require newly created duplexes to remain affordable through deed restrictions.

Meanwhile, even next year’s unprecedented $10.3 billion housing budget is far too little to build affordable homes for all the Californians who need them. Lawmakers continue to spur the market to create more housing, with the jury still out on who will benefit.

Also notable in this year’s housing package: SB 10, authored by Scott Weiner (D-San Francisco). After the defeat of Weiner’s controversial 2018 bill SB 50, a much more comprehensive effort to increase density, SB 10 is more modest and nods to demands for local control, allowing local governments to permit apartment buildings with up to 10 units if they are located within a half mile of major transit stops. The legislature is also considering a $6.5 billion affordable housing bond that would go before the voters in 2022.

Legislators have until Sept. 10 to approve bills and the governor must approve or veto them by Oct. 10.