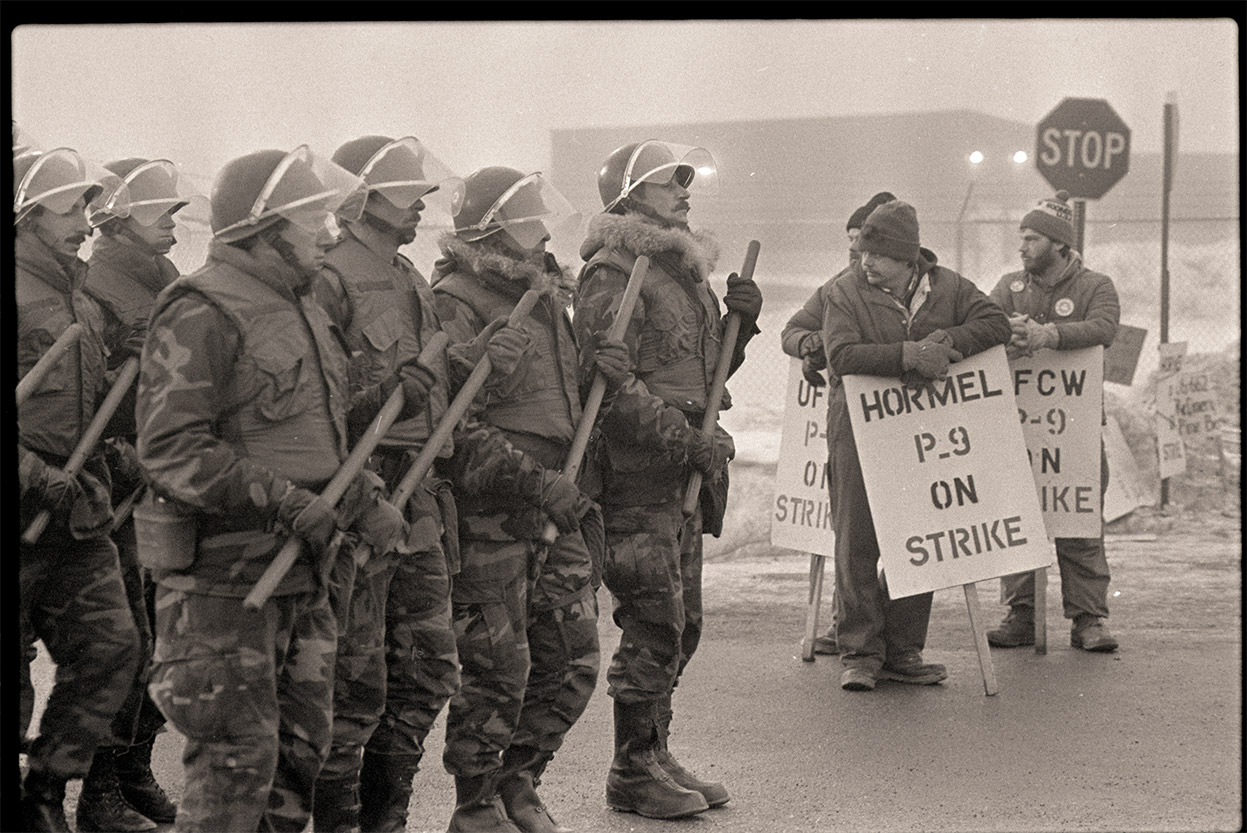 The declining bargaining power of unions contributes to the crisis of extreme income inequality in the United States.

1/21/1986- Austin, MN- Striking meatpackers at the front gate of the George A. Hormel plant in Austin, MN, watch the National Guard who were brought in to watch the strikers. (Photo by Bettmann Archive/Getty Archives)

The strength of unions, which used to be powerful protectors of low-wage factory and manufacturing workers in the United States, has declined precipitously over the past 50 years. In 1954, almost 35% of all U.S. workers belonged to a union. In 2020, less than 11% of U.S. workers were union members, despite the fact that 65% of Americans approve of labor unions, the highest in over a decade, and nearly half of nonunion workers say they would join.

The declining bargaining power of unions contributes to the crisis of extreme income inequality in the United States. “The erosion of collective bargaining is the second largest factor that suppressed wage growth and fueled wage inequality over the last four decades,” finds the Economic Policy Institute. Belonging to a union significantly boosts wages: Unionized workers earn, on average, over 11% more than their nonunionized counterparts and are more likely to have health benefits from their employer. Unionized workers also are less likely to get laid off than their nonunion workers.

While many point to inexorable forces like automation and globalization to explain unions’ waning influence in the U.S., sector-wide collective bargaining agreements cover most workers in other advanced democracies, like those in Western Europe, that were subject to the same forces. The weakening of unions in the U.S. was not inevitable: It was the result of a series of laws and court rulings that favored businesses’ and companies’ increasingly aggressive suppression of organizing efforts.

Here’s a brief timeline charting the decline of unions in the United States:

America’s Racial Wealth Gap Is Enormous and Getting Worse

Getting Paid Less to Do the World’s Most Important Job