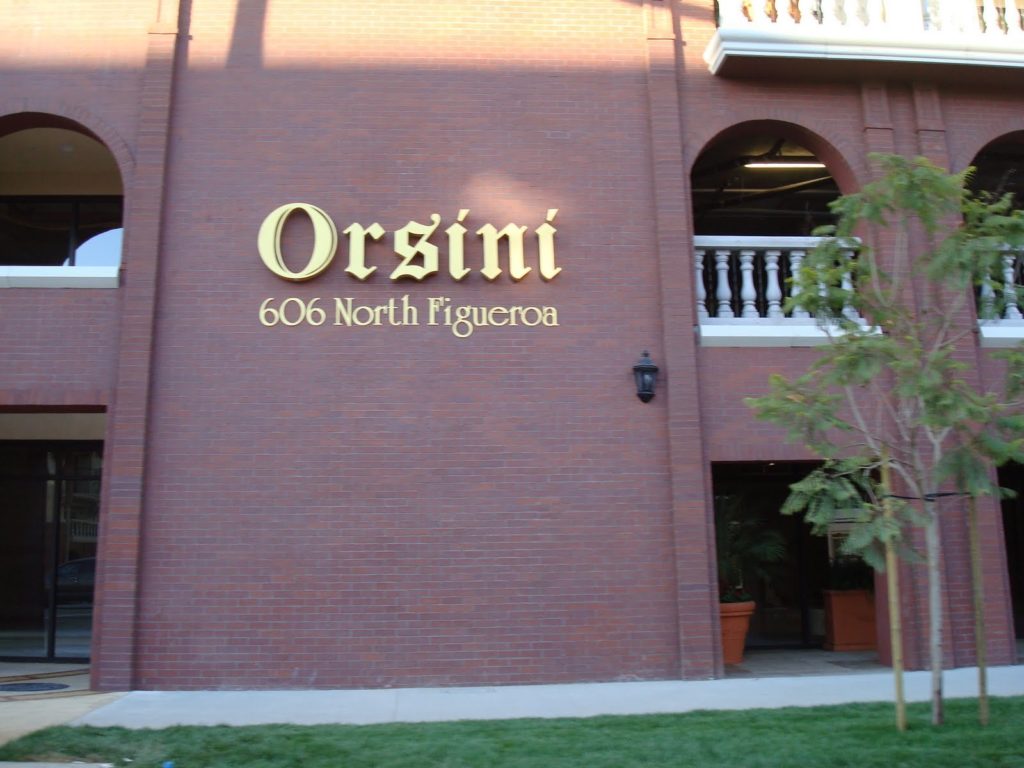 Every time I drive down Sunset Boulevard toward Chinatown, I get really mad. And it’s not only because Walmart wants to move into this neighborhood without extending the most basic community outreach. It’s because of those monstrous, faux-Italian Renaissance apartment buildings that take up blocks of space on what should be Chinatown’s Gateway. Those ugly looking bunkers house hundreds of market-rate apartment dwellers and are called Orsini I, II and III. They are owned by developer Geoffrey Palmer, and the story of how they were allowed to be built is a familiar one in Los Angeles.

A wealthy developer bought some land and wanted to build what he wanted to build. City officials were bullied into believing that there was nothing they could do about it. When Palmer managed to illegally bulldoze Bunker Hill’s last remaining Victorian cottage, the city sued. Palmer counter-sued. The city settled for a compromise where the developer promised to create a project that involved the community, gave small business and job opportunities to local people and built in cultural elements designed to pay homage to the history of Chinese immigration in Los Angeles.

It’s hard to remember, but where there is now a sterile streetscape nearly devoid of foot traffic, Palmer had once promised a plaza that depicted the early Chinese residents of downtown, a beautiful bridge with cultural elements that would have constituted a genuine “Chinatown Gateway.” All that remains of that promise is a horse painted on the side of that bridge that today connects two hulking Orsini structures – allegedly the project’s special “homage” to Chinese culture.

A confession here. I was a member of the board of commissioners of the Community Redevelopment Agency that approved the Orsini projects. I started out opposed to Orsini I and II but was later convinced to vote for them, granting approvals to change the uses from commercial to residential, and to settle the lawsuit, based on written concessions from Mr. Palmer to add some beautiful Chinese cultural features into significant parts of the projects — as well as to recruit local businesses, local residents, etc. Yes, I was convinced by Palmer’s pledges.

Fast-forward a couple of years, when Orsini I and II are built. No small businesses, insignificant community outreach, and certainly no artistic or cultural elements built-in that pay homage to the history of Chinese immigration. Just that horse, which is easy to miss. The projects are structured so that residents can drive in and out of underground parking and never actually have to walk on any of the surrounding streets. And of course, it’s all very expensive market-rate housing without affordable units or any other socially redeeming traits.

True, there are written requirements built in to the approval of the projects that call for things like local hiring, significant inclusion of small businesses in the ground floor retail, cultural characteristics built into multiple components of the project. But once the projects are constructed, the city’s hands are substantially tied, since the developer would have to be taken to court to enforce those conditions. And that did not happen.

On the first go-around, two other CRA commissioners joined me in a “No” vote and the Orsini III project did not get approved. Earthquake! The downtown business community was outraged and I was accused of being “anti-business,” “anti-development.” Then Mr. Palmer made lots of new promises. He would dramatically reduce rents to recruit small businesses to the ground floor. He would up the Chinese culture game again. He turned out a few of the same people who are currently supporting Walmart’s bid to enter Chinatown, saying that bringing more housing units into Chinatown would be a good thing.

In the end, those of us who advocated for accountability and a rational, community-oriented approach to development in Chinatown lost the vote four to three, and Orisini III was approved.

So now you see why I get so mad when I drive toward Chinatown and see Italianate fortresses with very little small-business activity on the ground floors, almost no pedestrian traffic and nothing suggesting to  visitors that they are entering Chinatown. To me, the way that Mr. Palmer – and now Walmart – treated Chinatown represents the height of disrespect and elitism. They don’t care if their hideous development projects undermine the nature of this historic neighborhood. They feel no need to truly connect to the small businesses and low-income residents that desperately need access to good jobs, small business opportunities and a thriving, culturally rich environment.

Let’s draw a line in the sand right now and say no more Orsinis. And Walmart, change your disrespecting anti-community, anti-worker ways, or go back to Bentonville.