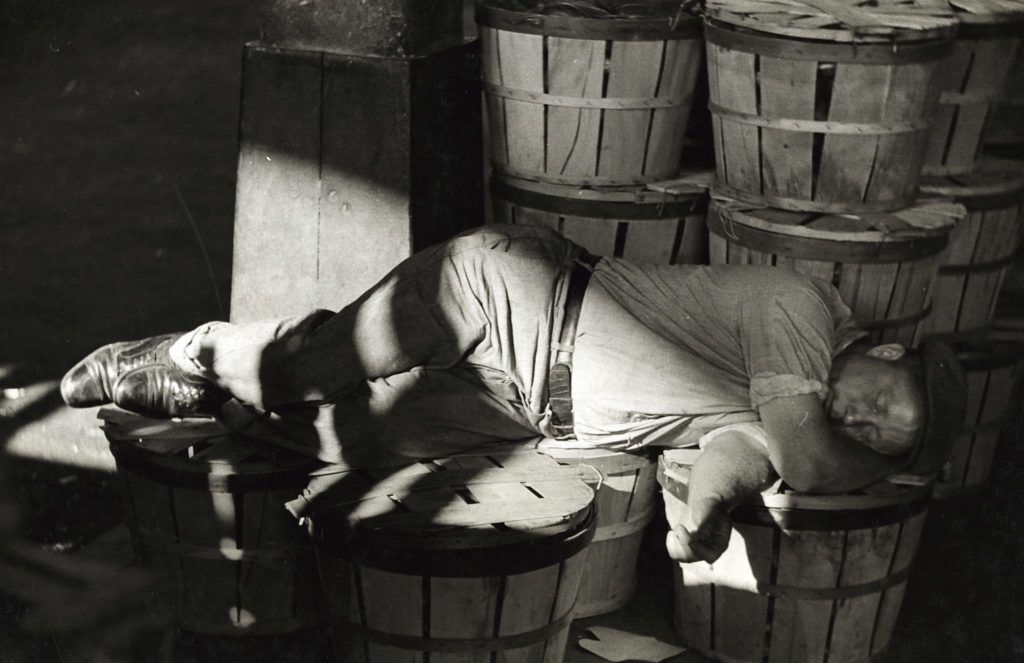 Our friend showed up late in the evening from Northern California to spend a couple of days with us before pushing on in a long-planned vacation. But when I woke up the next morning, he had been up for hours. I found him surrounded by three screens and his cell phone – solving a tech problem for his company.

“Auspicious beginning of a vacation,” I said. “I thought you were supposed to leave all that behind.”

And so it goes. “No rest for the weary and the wicked go free.” That was an oft repeated phrase an early mentor in work mumbled as he sipped on yet another cup of coffee and ran to yet another customer. He may have been obsessive and wired, but he only worked a 40-hour week. None of us worked more, except the boss now and then. Not so now. We are in a take-no-prisoner war on rest – what Jews and Christians have always called Sabbath, a day or several days without responsibilities. Today, from management to the shop floor, everyone works more and harder than ever before.

While some people can’t get enough hours to feed their families, half of all workers say they work up to 50 hours every week. Some work more. The 47-hour week just makes you average, apparently. Google, reportedly one of the best places to work in America, “doesn’t stress out about work-life balance among its employees: work this meaningful and fulfilling isn’t just ‘work,’” according to a recent New Yorker piece. So people just love to work all the time.

Really? I can remember when San Diego State offered a degree in leisure time, when theologians were writing books about the theology of leisure. Now people wonder if they will get enough sleep. About 50 percent of people in households earning $30,000 a year or less – that’s about a million working families in Los Angeles – sleep six or fewer hours a night. They work multiple jobs, hold late shifts, drive long commutes or suffer from poor health. Meanwhile only a third of those making $75,000 or more sleep for six or fewer hours.

Part of this push to work more can be attributed to the recession. Fifty-three percent of workers say they were handed extra responsibilities, and 93 percent of those workers got more duties without any additional pay. Speedups are common among nurses as well as assembly line workers who must do more, faster, at the peril of their own health. The work pile up has contributed to an increase in on-the-job injuries as well as higher stress levels. Corporate take-overs haven’t helped either. When companies buy other companies they often fire workers, but expect the same output – so everyone left with a job works harder and more frequently for less.

The list of occupations affected by these changes cuts across the spectrum. It’s not just Google techs and nurses and assembly-line workers but warehousemen, delivery people, oil field roustabouts, meat cutters, truck drivers, teachers, fast food workers, and anyone who must pass through a security screen to work. In a closely watched case featuring Amazon.com, the Supreme Court just ruled that despite the company’s screening requirement, it doesn’t need to pay employees for their waiting time. That hour or more a day is off the clock.

Workers are being made to work harder, longer – and there is no respite, not even sick leave. Forty million workers – almost 40% of the private work force – do not get paid for taking a sick day. So they go to work sick, wheezing and coughing around their co-workers, into our food, on our children, and in our work-spaces. We cannot seem to give people a rest because it would “cost more.”

The result: People go to work sick; they work more hours; they don’t have time to sleep; they work when they are supposed to be on vacation. Life moves faster, and we have become addicted to the speed. We’ve become so accustomed, we don’t even notice. But someone did: They invented the Cell Lock-Up, a miniature jail for that ubiquitous cell phone. Now you can actually lock it away where it can’t be grabbed every time it pings. Maybe that’s the only way a family can have some uninterrupted, quality time together. During these winter holidays, I hope you take some time for rest.

Rev. Jim Conn is the founding minister of the Church in Ocean Park and served on the Santa Monica City Council and as that city’s mayor. He helped found Clergy and Laity United for Economic Justice, Los Angeles, and was its second chair, and was a founder of Santa Monica’s renter’s rights campaign.

Controller John Chiang on the Future of California’s Public Pensions