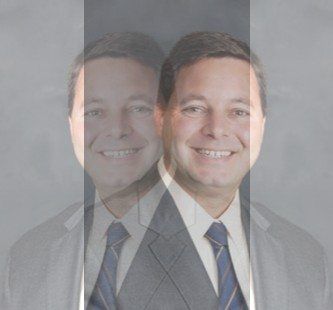 Assemblymember Allan Mansoor (R-Costa Mesa), elected in 2010, has so far made a career out of demonizing workers and attacking workers’ rights. From collective bargaining to pensions, Mansoor never saw a cherished worker right he didn’t hate. Last year, he even took time to honor anti-union Midwest legislators, whom he calls “courageous” and with whom he stands “in solidarity.”

It’s not surprising, then, that he’s become something of a shill for the campaign to silence workers’ political voice through this fall’s corporate power grab initiative. According to the Pacifica Institute, Mansoor vocally supports the measure, which proponents deceptively call the “Stop Special Interest Money Now Act,” arguing that it will limit “the influence of special interest money.” (Of course nothing could be further from the truth. It’s nothing other than a muzzle on workers that will make our system even more corrupt, but more on that later.)

What is surprising, though, was what happened on the Assembly floor last week. Following his busy week of trying to balance the budget on the backs of retired workers, Mansoor was presented with AJR 22: a resolution calling on Congress to overturn the notorious Citizens United decision and enact real campaign finance reform. Given the explosion of special interest campaign spending as a direct result of the Citizens United decision, and Mansoor’s stated desire to get “special interests” out of politics, he would be the first to stand up and vote yes, right?

Wrong. He voted no.

So, if Mansoor’s really a champion of getting special interests OUT of politics, why would he be against overturning Citizens United, a decision that has done more to expand corporate special interest influence than anything in history?

One, a constitutional amendment to overturn Citizens United would probably mean less corporate spending on behalf of anti-worker legislators like Mansoor. AJR 22 seeks to address the overwhelming corporate electioneering Citizens United left us with; in other words, the resolution simply endorses the reform concepts he claims to support. His opposition exposes his hypocrisy and confirms the value of AJR 22’s message.

Two, this corporate power grab initiative has nothing to do with campaign finance reform and everything to do with silencing working families. The initiative contains a loophole that would allow corporations to spend without limits on electoral campaigns. Here’s how the scheme works: While the initiative bans the use of payroll deducted funds for politics from both unions and corporations, only unions actually use payroll deduction to collect dues (a portion of which are used for politics). Corporations almost never use payroll deduction to fund their political spending; they use their massive profits.  So as you can see, the measure is a total sham, and its real agenda is to strip workers of their collective voice.

But this isn’t just a fight between unions and corporations. There’s something much scarier lurking under the surface. This measure wouldn’t just silence workers; it would lead to corporations spending even more money on sometime secretive, often negative, “independent expenditure” ads that drastically complicate a voter’s ability to determine the truth.

Nothing could illustrate the fundamental flaw in the corporate power grab measure better than a politician like Mansoor supporting it.

Under the current system, we know that of all the corporate special interests who funded Mansoor’s last campaign: the top four were real estate companies, the insurance industry, lawyers/lobbyists, and pharmaceutical corporations. If Mansoor’s initiative passes, all of these groups could still spend massive sums on his behalf, but we might not know much, if anything, about who they are—certainly not by looking at Mansoor’s campaign reports.  But you’d better bet Mansoor would know who’s backing his campaign with massive checks allegedly spent “independently.” As you can imagine, the potential for “pay to play” politics would be greater than ever under this dishonest measure.

Big PHARMA, for example, would no longer be encumbered by the transparency and spending limits current law demands when corporations donate directly to candidates. Through Super PACs, business associations and shadowy political front groups, these corporations could spend unlimited amounts to support his candidacy.

So as this fall approaches, and the fight to stop the corporate power grab intensifies, keep an eye on your legislator.  Keep an especially close eye on the ones behind the initiative, and be even more mindful of those who oppose true campaign finance reform efforts—including AJR 22. Those who adopt Mansoor’s approach of opposing AJR 22 while supporting the corporate power grab couldn’t be more clearly stating where they stand- with corporate special interests, against workers, and against transparency and fairness.

Broad statements against “special interest spending” mean nothing when a politician’s actions speak otherwise, and Mansoor’s recent actions have spoken far louder than his words.  Even more importantly, Mansoor’s hypocrisy provides a window into what’s shaping up to be one of the most deceptive – and potentially destructive – efforts ever to further corrupt our political system in favor of big corporations.

(Editor’s Note: This post originally appeared on the California Labor Federation’s Labor’s Edge blog. We present Steve Smith’s commentary solely for informational purposes and not as an endorsement of  a particular candidate or political campaign.)