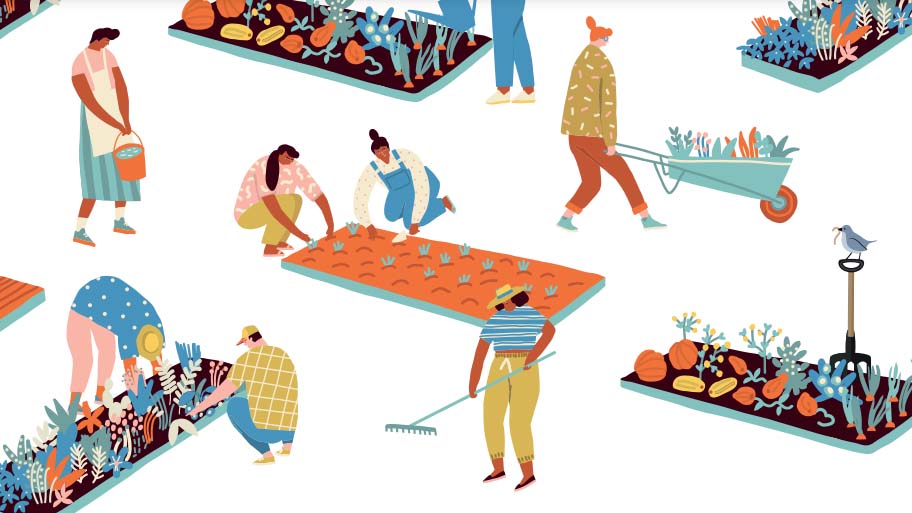 Manuel Pastor and Chris Benner are both professors and public policy experts, Pastor at USC, Benner at the University of California, Santa Cruz. While respected academics, both have worked tirelessly to put scholarly support behind movements for progressive social change.

In their recently published co-authored book, Solidarity Economics: Why Mutuality and Movements Matter, they provide a framework for understanding why an economy based on solidarity rather than competition can benefit the vast majority of us rather than the few. The book, which can be downloaded for free here, should be read, debated and, most importantly, used to guide organizers and activists in their daily and long-term work.

Capital & Main: What was the genesis of the book?

Manuel Pastor: The book stems from 2018 when we held a series of focus groups with movement, labor and environmental justice organizers from around California, asking what would be a good economic program for a new governor. What stood out to us was that all of these organizers and movement builders wanted to move past a laundry list of policy preferences to a more coherent narrative about our economy.

Chris Benner: So this book was a deliberate attempt to think about framing stories and how we talk about the broader set of economic concepts in a way that resonates with a broad progressive community who care about changing the world. We marshal scholarly data but also focus on solutions. 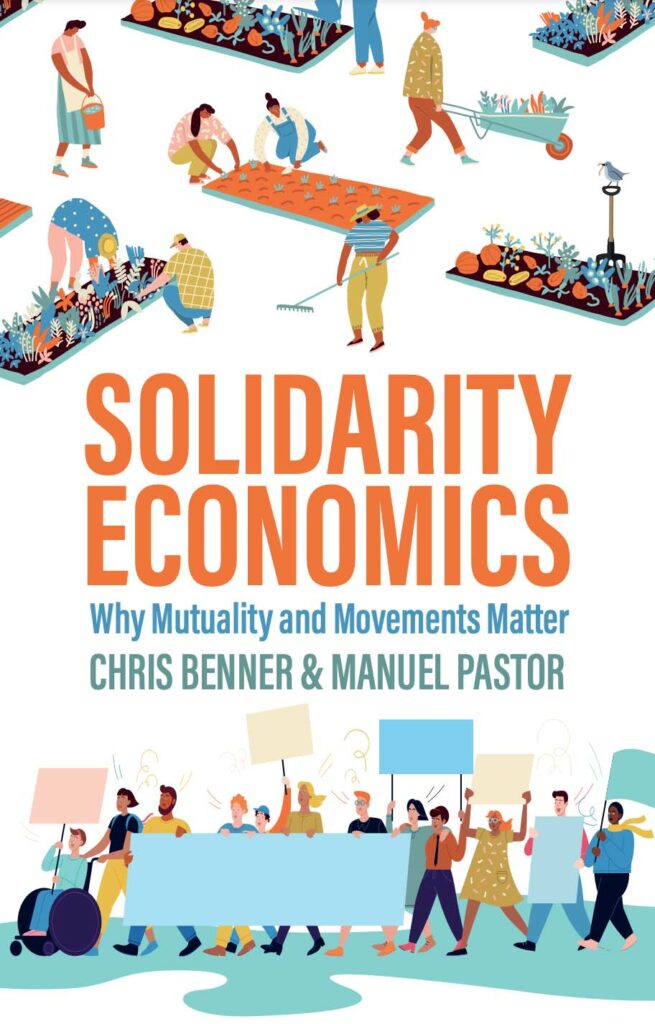 You write about “facts,” “feelings” and “force” as all being necessary for change.

Pastor: Facts are demonstrated data that force people to shake their prior beliefs. The evidence that raising the minimum wage does not increase unemployment has been clear for over 25 years. What leads to change is not just facts, but feelings, and when something becomes common sense through a narrative. In the case of the increase in the minimum wage, it was the use of the term “living wage,” making people understand that a wage had to be something people could live at. Then there had to be a struggle — the force of social movements — to win that idea through the Fight for $15 movement.

How has the ideology of neoliberalism “blinded us,” as you write in the book?

Benner: Neoliberalism explains our economy as driven by individualized agents responding to prices in the market. But markets don’t function through laws of nature. They function through laws and values that humans have created. Indeed, markets require collaboration and trust, and our economy is as much built on collaboration and trust as it is competition. Silicon Valley, for instance, is very much a combination of public sector investment and private companies competing with each other. But companies also collaborate with each other in a broad ecosystem of innovation and support.

“Metropolitan regions that are more equitable on the whole actually have better economic performance and are able to resist downturns for a longer period of time.”

Pastor: In a neoliberal framework the answer is almost always the market. With housing, jobs or the environment, let the market take care of it. The typical liberal or progressive position is that the government should do something. We believe in the role of the government, but the role of mutuality is to say we should do something, we should care about building enough housing, we should build circles of connection that could eradicate racism, we should be in solidarity with the planet. We also point out that the embrace of the market, of tax cutting, of shrinking social support, has been deeply connected to fanning the flames of racism and exclusion.

Benner: Centering equity and building a more inclusive society would actually generate more prosperity for most of us. We show that metropolitan regions that are more equitable on the whole actually have better economic performance and are able to resist downturns for a longer period of time. Investing in equity and better economic performance has to do with common knowledge networks. These are sets of institutions that generate knowledge and information about what’s going on in the region in a way that is shared. That leads to better economic outcomes.

The book challenges the idea that failure is the result of individual character flaws, and focuses more on the structural features of our society.

Benner: We have economic structures that are deeply rooted in white domination and have been for centuries. And those continue to be reinforced by both public and private sector activities over the last 200 years. When you don’t pay attention to those structural factors when explaining outcomes, it’s like walking in a neoliberal fog.

“Think about the last 20 months of the pandemic. Every time we act out of mutuality, we’re able to flatten the curve, prevent infections and protect the most vulnerable.”

Describe the ways you challenge the basis for traditional economics – that people are simply self-interested and, when they act that way, things turn out well.

Benner: We have fundamental instincts for caring for other people. It feels good when you’re helping others. We make decisions as individuals that are part of communities, part of families, part of societies, and that shapes our economic decisions and activities as well.

How can we redefine our conceptions of growth and GDP?

Pastor: The traditional neoliberal focus on GDP is sexist because it doesn’t include lots of unpaid labor in the home and caring labor, which is often done by women. It’s racist because it doesn’t take into account any degree of who benefits and who doesn’t. It’s classist because if you look at last year, there was a big increase in GDP. A lot of that went to Jeff Bezos and some of the other richest people in America while others suffered.

Benner: One way of measuring GDP that was developed years ago is called the Genuine Progress Indicator. It tries to measure unpaid labor and then subtracts for environmental pollution, loss of leisure time and utilization of natural resources. Another measure is Gross National Happiness [which is] being looked at in a number of other societies. That looks at nine different areas of well-being, from education to health to social connection, with a whole set of indicators. Inclusive economies are those where the economy is equitable, participatory, sustainable and stable.

Alaska, considered a very individualistic state, has a system that distributes oil revenue to every household. What other things can states and cities do to promote solidarity economies?

Benner: In Alaska there was a recognition that oil was a nonrenewable resource. They also recognized that it’s a collective resource and that everyone should benefit in the form of a dividend. We argue in the book for a solidarity dividend that would recognize the common inheritance of resources on the planet. It also recognizes the hundreds of years of scientific and technological development that humanity should collectively inherit on some level. We advocate for a solidarity dividend for unpaid labor, caring work and community work. We could guarantee some kind of dividend payment to everyone derived from a sovereign wealth fund or people’s fund.

Pastor: And we need different strategies. For example, the Restaurant Opportunity Center actually has four different strategies, including organizing workers to assert their rights, setting up worker cooperative restaurants owned by the workers themselves, working on government policy such as getting rid of the subminimum wage for tipped employees and highlighting high road employers. They try to move consumers in the direction of employers that pay better wages and offer more opportunities in the front of the house for people of color. Cities and states can create the conditions for workers to organize and make it easier for worker coops to get started. They can intervene to prevent wage theft and create rules that require affordable housing.

How do people change when they gather collectively to obtain some power and utilize it effectively?

Benner: Power is not just legislative battles in Congress or the state legislature. Power is imagination in terms of our worldview and understanding what’s possible. An example is housing, where we say that we can do better by taking housing out of the market through social housing or public housing or a community land trust. The University of California has a system where land is out of the market because they own it. When a professor buys a house on that land, they’re accepting in the deed that they will only be able to sell it based on inflation. They can’t speculate on the land itself. This is a way to ensure permanent affordability for valued employees. That model should be extended to everyone in society.

You write that we should talk more about race, not less. So how should we talk about race to a broader public?

Benner: We need to recognize that many white people are hurt by racism in our country. The majority of poor people in this country are white, but it gets highly racialized when we talk about social welfare and seeing it as only for a nonwhite population. Racism fundamentally structures who has access to housing, who has access to economic opportunity. You can’t understand class in our society unless you understand the ways that racism divides us.

You use the term “retaking the state” as something progressives have to do. Won’t a lot of what you advocate require political action?

Pastor: Just think about the way that the Build Back Better bill has failed. For the longest time, it was known as the “reconciliation” bill, highlighting the process rather than content. What was actually in that bill was the beginning of creating a caring economy, caring for elders, caring for kids, implementing family leave. Even the climate component was about caring for the planet. Democrats have had a really tough time selling any economic program because they haven’t had a coherent economic narrative. Our economic narrative is simple: It’s our economy, and we do better when we all do better. We will only change this through shifting the balance of power, and that’s going to require solidarity and organizing.

The Politics in Our Stars

25 Photos From L.A. That Capture the Hope and Heartbreak of 2021