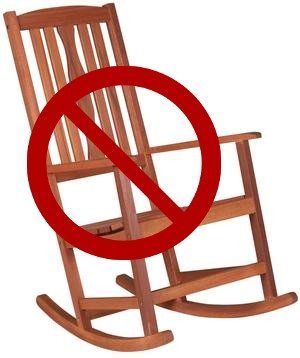 There are better ways to burnish your legacy than trying to deny firefighters, garbage collectors and other hard-working people a decent retirement. Unless, of course, your name is Richard Riordan.

Since leaving office in 2001, the former mayor has not exactly distinguished himself as an elder statesman of L.A. politics. But at age 82, Riordan seems determined to leave a permanent imprint on the city he once governed by gutting the pensions of some 30,000 city employees.

Riordan is promoting and helping to bankroll a ballot petition that, if it qualifies and passes, would replace the modest but secure retirement plans of future city workers with their poor cousin, the 401(k). Current city employees would theoretically retain their retirement benefits, but these too would almost certainly get the axe because the ballot petition empowers the City Council to eviscerate pensions.

If all this sounds extreme, it is — which is why city workers are fighting back hard. Led by SEIU Local 721 and the Coalition of L.A. City Unions, they have mounted an ambitious campaign to stop Riordan from qualifying his petition for the ballot. This past Saturday, 200 people showed up at the offices of Local 721 for a training on how to challenge Riordan’s paid petition gatherers, who have until December 7 to collect more than 250,000 signatures from registered voters.

After a crash course in the petition, the volunteers were dispatched to supermarkets and malls across the city where Riordan’s mercenaries are deployed. Their mission: to persuade voters not to sign the anti-retirement petition — or, in the case of those who already signed, to withdraw their signatures.

It’s a challenging task, not least because Riordan’s signature gatherers are allegedly misleading voters about the petition’s true goals. Voters have been told that the petition will save city jobs, protect city pensions and stop the city from going into bankruptcy, according to SEIU’s Ian Thompson. And it gets worse.

“When we are out there trying to block them from getting signatures, they become verbally abusive,” says Thompson. “Women have been called prostitutes, others have been called racial epithets or pushed against the wall.”

While the mercenaries only get paid for the signatures they collect, it’s city workers who have a lot to lose in this battle. One of the least understood facts in the escalating pension wars is that many public employees – including all City of L.A. workers — do not get Social Security. In other words, their government pensions are, for most, their only source of income once they retire. This means that Riordan’s pension offensive could relegate thousands of city workers to poverty after a career of public service.

Public employees are not the only ones outraged by Riordan’s petition. Various community groups, including SCOPE (Strategic Concepts in Organizing and Policy Education) and Good Jobs L.A., have joined the effort to keep the petition from getting the signatures it needs to qualify for the May ballot.

Three Generations: From Fields to Construction to UCLA