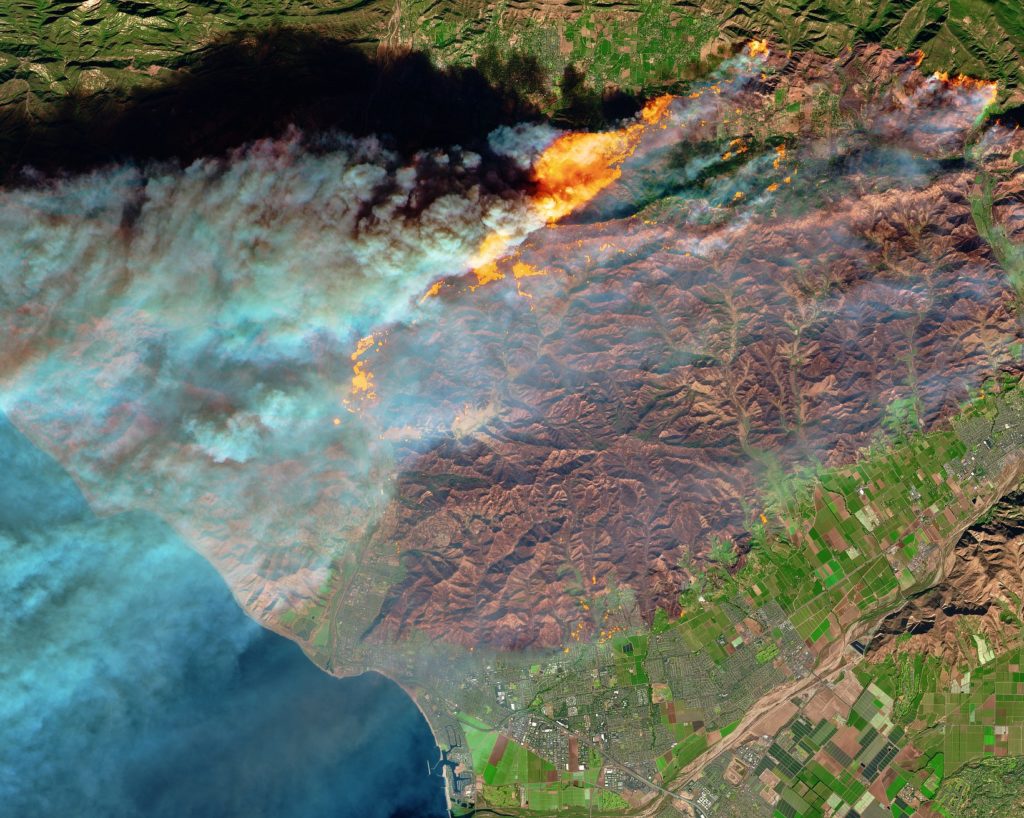 On December 11 the Los Angeles County Board of Supervisors greenlit the controversial Centennial project, with only Supervisor Sheila Kuehl voting no. The project, nearly two decades in planning, would bring more than 19,000 homes to a private wilderness area on Tejon Ranch, approximately 65 miles north of downtown L.A.

The proposed Centennial development, covering mostly grassland and some high brush and woodland, straddles “high” and “very high” fire hazard severity zones as defined by the California Department of Forestry and Fire Protection. Cal Fire recorded 31 wildfires larger than 100 acres within five miles of the proposed Centennial acreage between 1964 to 2015, and four within Centennial’s boundaries, according to county planning documents.

Critics have said the project will create more sprawl, greenhouse gases and traffic congestion. Others question why Los Angeles County, or any county in the state, would approve a wilderness community just a few weeks after two of the most devastating fires in California history, with one destroying the town of Paradise. A new Los Angeles Times analysis based on Cal Fire data estimates that up to a million structures in California are at high risk because of wildfire.

“The fire behavior we are seeing today is so far out of the norm and getting more extreme every year.”

Donald Falk, a professor with the University of Arizona’s School of Natural Resources and the Environment, told Capital & Main that fires in the Western U.S. are now hotter, faster spreading and increasingly unpredictable. “Now fires are burning with high energy in places that don’t appear to have enough fuel to support them,” he said. Falk added that the fire threat to homeowners who build in what is often called the wilderness-urban interface will be much greater in 30 years throughout California and much of the West. A 2017 study Falk co-authored projects that by mid-century the burn area in the U.S. will be five times greater than it is now.

“The fire behavior we are seeing today is so far out of the norm, and getting more extreme every year, that the conventional notions of what it means to be fire safe may quickly become outdated,” he said.

Falk isn’t the only expert sounding the alarm about development. In a recent interview with the Associated Press, outgoing Cal Fire Director Ken Pimlott said government officials should consider banning home construction in fire-vulnerable areas, such as canyons lined with flammable grass or tinder-dry chaparral, so that homeowners, firefighters and communities “don’t have to keep going through what we’re going through.”

Barry Zoeller, a spokesperson for Centennial’s developer, the Tejon Ranch Company, claimed in an email that the planning is “focused on minimizing fire risk and maximizing fire defense” through stringent fire codes, fire resistant buildings and placement of fire hydrants.” Homeowners must also clear brush around their properties and, because the community is master planned, Tejon Ranch Company officials say, all of its homes will be built to the same specifications and surrounded by fire-resistant landscaping and open space. Power lines, a frequent cause of fires, will be buried.

Zoeller also noted that, while Centennial sits in an area mapped as a higher fire risk, “There have been no fires on the site in the last 15 years and only four in the last 50 years.”

Tim Piasky, CEO of the Building Industry Association, L.A./Ventura Chapter, said that projects like Centennial would go a long way toward addressing the state’s housing shortage, and he asserted that 18 percent of the homes in Centennial would be set aside as “affordable housing.” And as for fire danger, “Centennial doesn’t provide the fuel for fire as other areas did, and people will have an easier way to get out.”

The Camp Fire in Butte County, the deadliest and most destructive fire in California history, proved that grassland does burn if conditions are right. And urban planning critics contend that in the worst case, up to 60,000 people — double Paradise’s population — would have to evacuate Centennial on short notice.

Centennial’s plan has been peer reviewed by experts at Wildland Resource Management and has been reviewed and approved by the Los Angeles County Fire Department. But that doesn’t assuage J.P. Rose, a staff attorney at the Center for Biological Diversity. Rose said his and other environmental organizations might sue to stop the project. “The California Environmental Quality Act [CEQA] prohibits Centennial to go forward unless public benefits outweigh environmental costs. And in our view the price on people, wildlife and our wallets outweighs any benefit of this project.”

There is precedent for stopping such a project. Earlier this month, a Kern County Superior Court judge determined that all approvals for another Tejon Ranch Company project, Grapevine, in Kern County, be rescinded because they did not comply with CEQA. The court had previously cited Kern County for failing to study the full environmental impact of that project.

Centennial and similar developments epitomize dueling priorities in California, which in this case include the need for housing and the need to mitigate wildfire danger to residents.

Char Miller, a professor of environmental analysis at Pomona College, said developers’ promises to use modern building and safety practices to reduce fire risks lead to a false sense of security.

“Wherever we build, fire follows,” Miller said, adding that human infrastructure itself — barbecue pits, electricity lines — is risky. “There is no such thing as fireproofing a house. The Thomas Fire in Ventura torched new homes that were built to a stringent code.”

Miller added that municipalities are generally reluctant to stop development projects like Centennial, because “housing starts is a barometer — but a false barometer — of economic health. City and county zoning offices have been greenlighting these projects, even when they see the Cal Fire [fire risk] maps. They have the information.”

In Southern California, some communities have been slowly buying up land to create more open space and prevent development where cities meet wildlife. Monrovia, a city 20 miles northeast of downtown L.A., in 2000 put a measure on the ballot to raise taxes to pay developers for fair-market value of hillside land. The tax brought in $10 million, with a matching grant from Governor Gray Davis and different pots of money to fill in the rest, to reach $24 million to purchase 1,416 hillside acres. Gloria Crudgington, a community activist at the time of the ballot measure and now a Monrovia city councilwoman, said the tax was not based on fire danger, but rather on quality of life issues. “We didn’t want to ruin views and hurt wildlife. But now we see that keeping the land open could prevent fire disasters too.”

Voters of Flagstaff, Arizona, have shown that citizens can, beyond buying back the land, take ownership of reducing wildfire risks. Reeling from two 2010 fires and post-fire flooding, in 2013 Flagstaff taxed itself by passing Proposition 405, a $10 million bond to prevent fires by thinning woodland in the Coconino National Forest surrounding the city.

Miller and Falk both say California’s housing crisis could be addressed by building up, rather than out, with infill developments. University of California, Santa Barbara wildfire specialist Max Moritz has suggested California could avoid some of these developments by creating a state building commission that would refuse to rubber stamp new community developments in the wilderness. Right now, no such commission is on the drawing board.