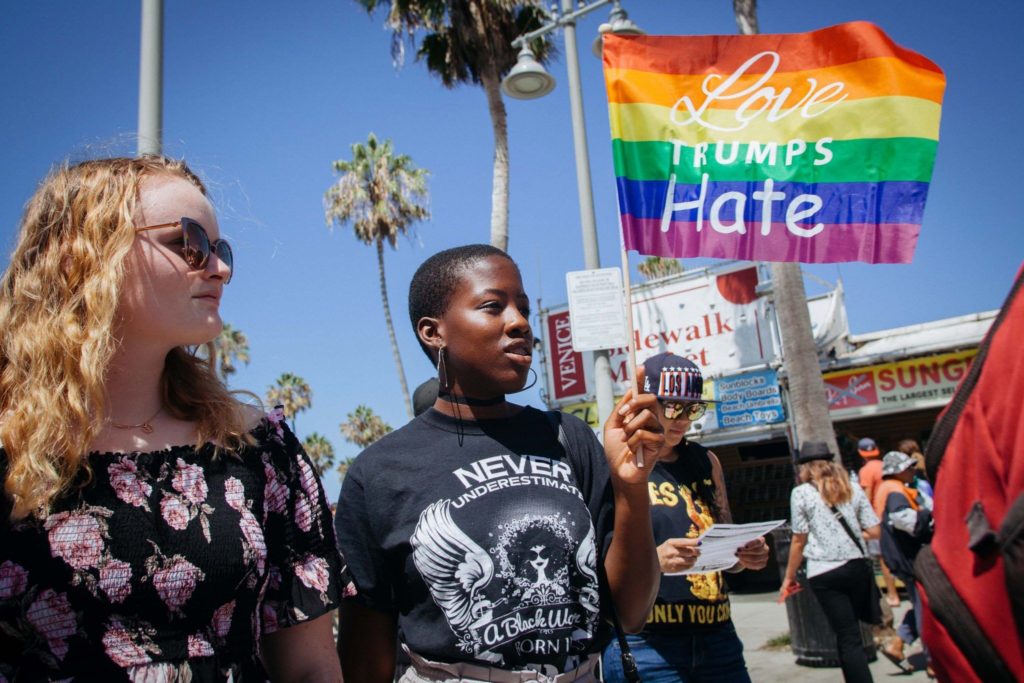 About 200 protesters gathered in Venice Beach Saturday to celebrate diversity and voice their opposition to the alt-right. The rally was one of several weekend protests that took place across the nation. Originally the event was planned as a response to the right-wing “March on Google” scheduled in multiple cities over the weekend, but the latters’ organizers postponed the Google protests after the violence in Charlottesville, Virginia.

All Photos by Joanne Kim

Satkartar Khalsa (left) feels it’s important for white people to take a stand against hate and racism. Alberto Reyes (right) attends as a gesture of solidarity. 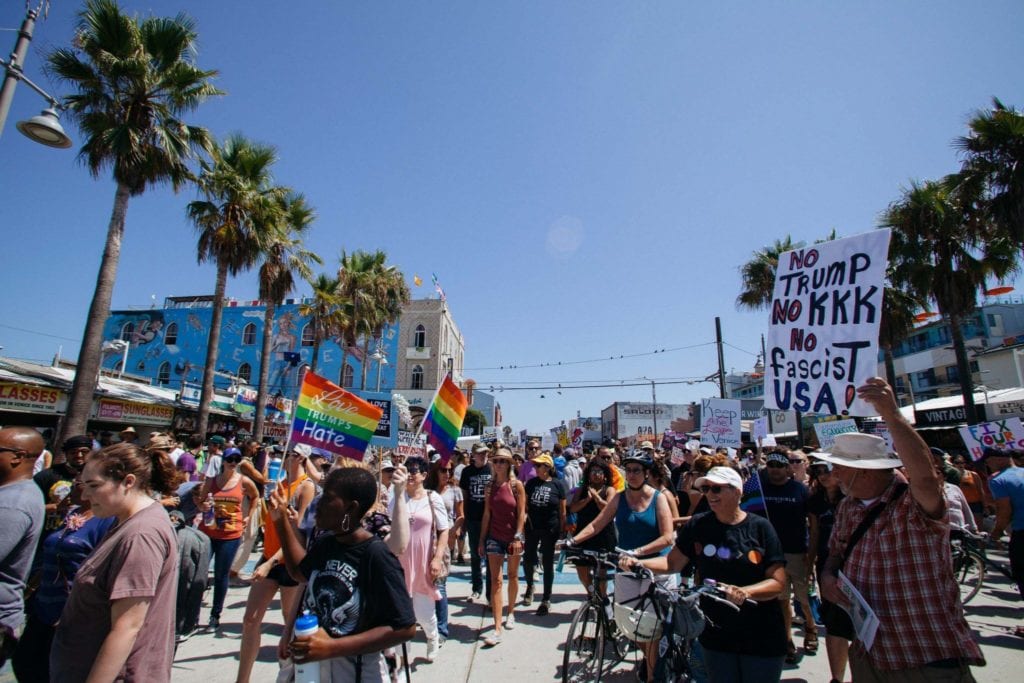 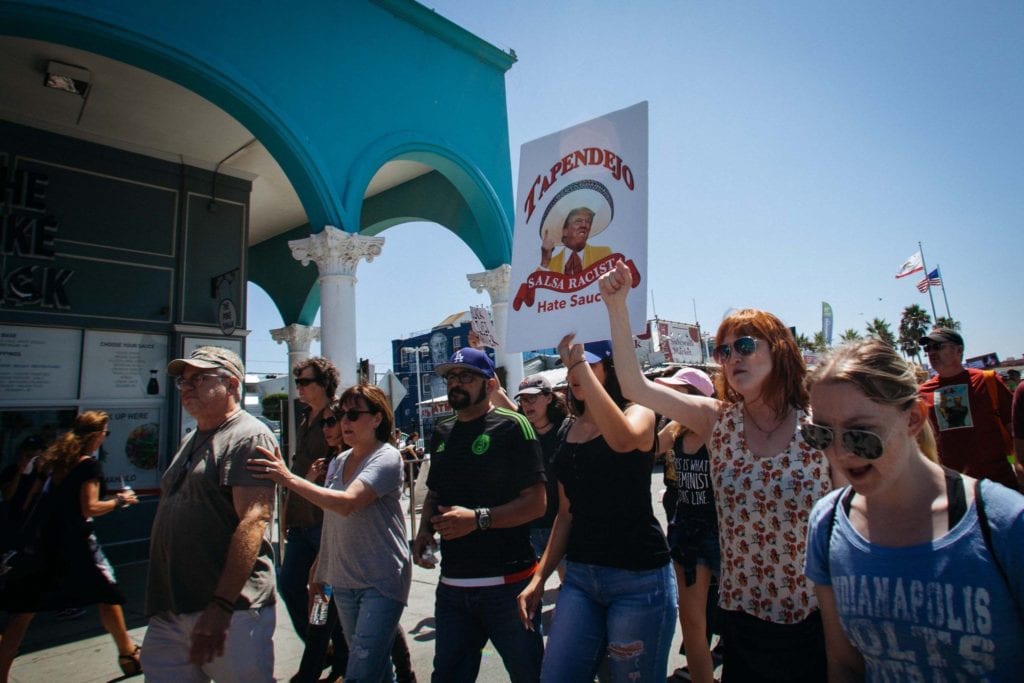 Hundreds of demonstrators march along the Venice Boardwalk towards Google headquarters in Venice. Many spoke of attending the day’s peaceful rally as a response to the violence in Charlottesville, VA. 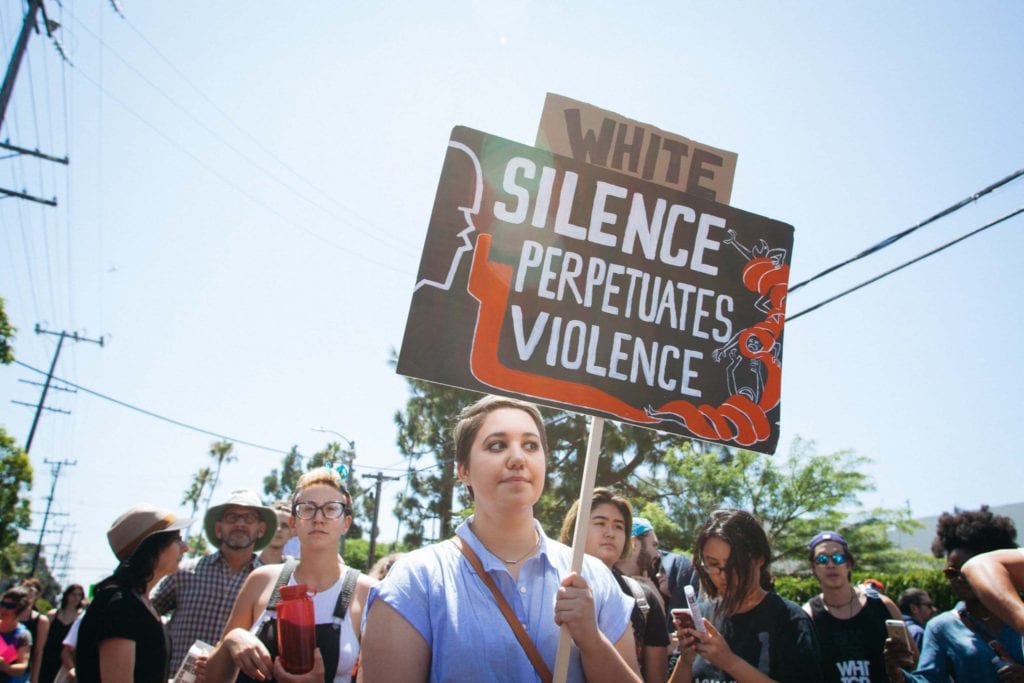 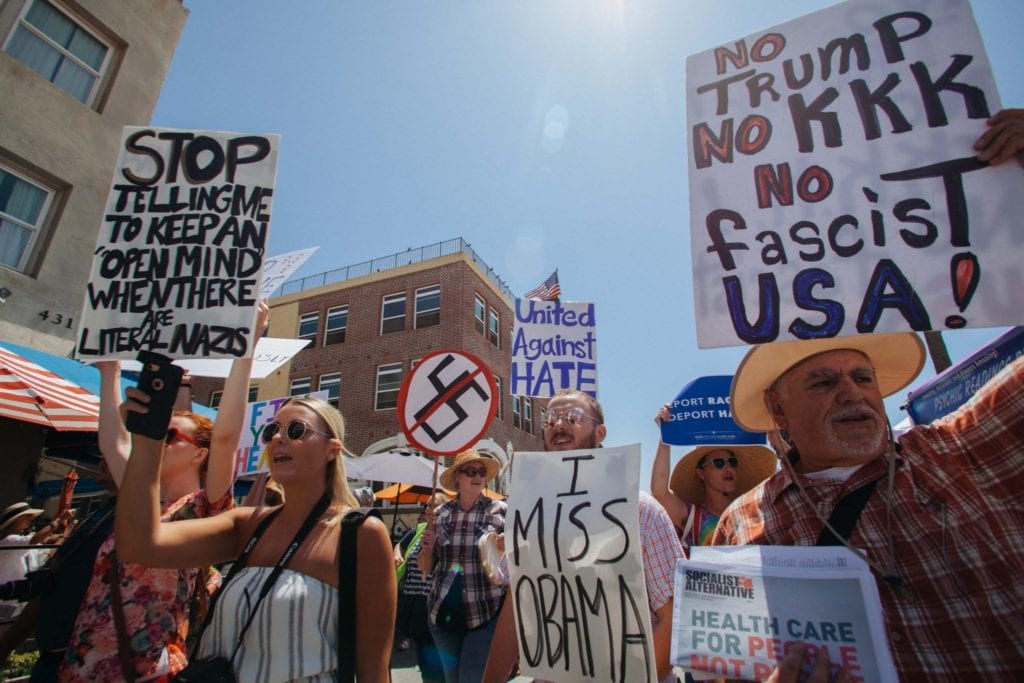 Hundreds of demonstrators march along the Venice Boardwalk towards Google headquarters nearby. 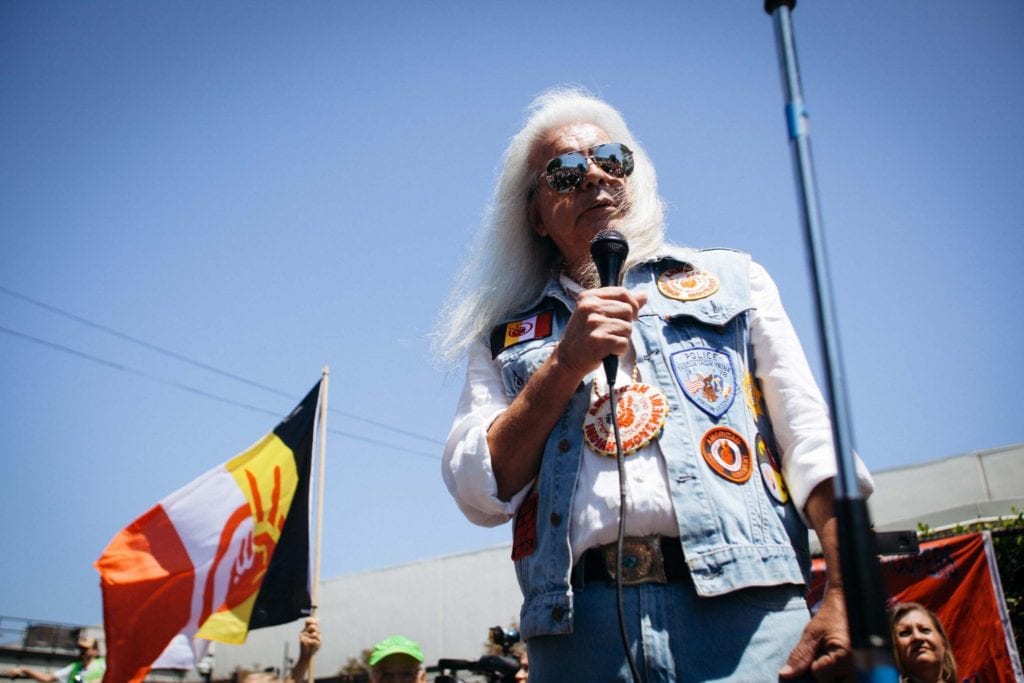 Walter Ruiz, director of the American Indian Movement in Southern California, speaks to the crowd at the Google building. Keyanna Celina (center) and Samurai the 7th (left) perform on the stage at the March for Diversity rally in Venice. 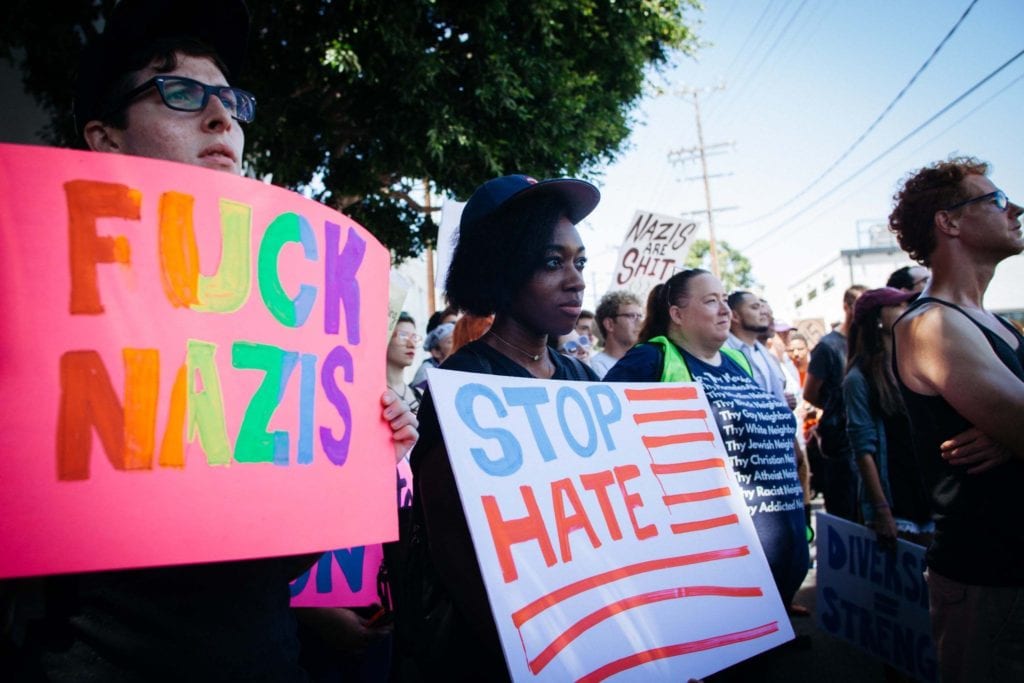 Demonstrators at the March for Diversity rally in Venice, CA. 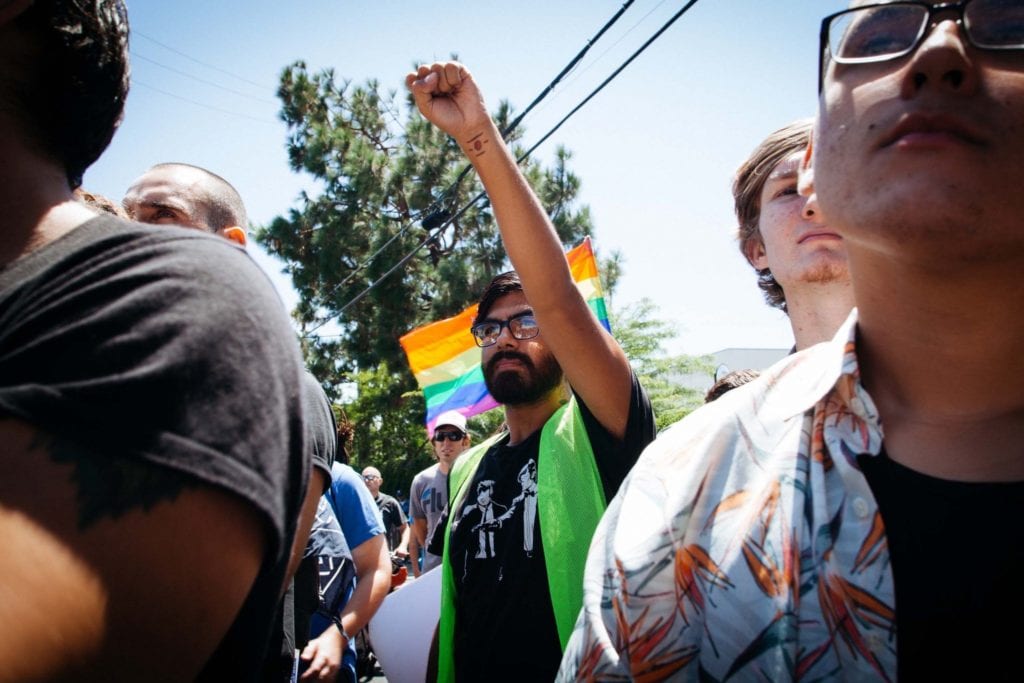 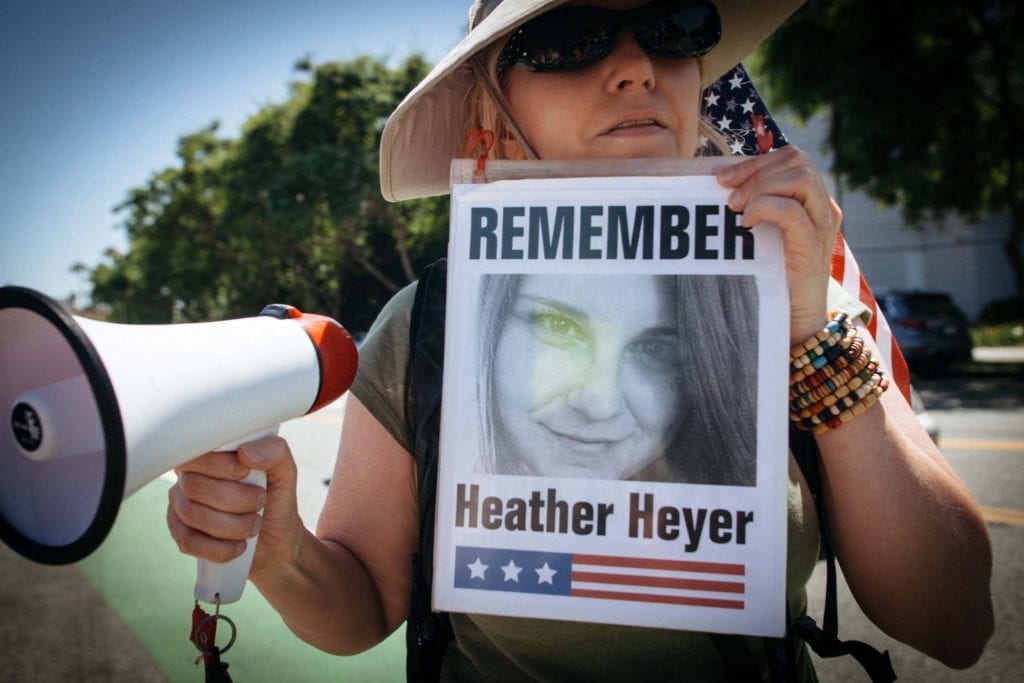 Kris Tibor honors Heather Heyer who was killed by a vehicle allegedly driven by a white nationalist in Charlottesville. 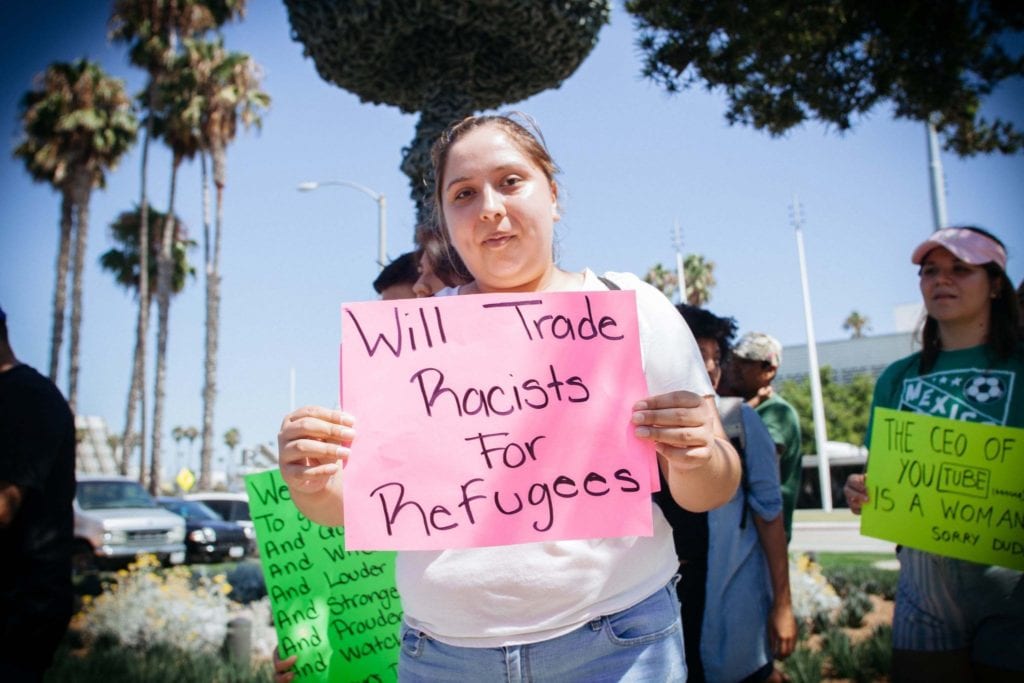 Carmen Godoy felt compelled to participate in the March for Diversity rally after the violence that ensued in Charlottesville, VA. She believes that everyone should be treated equally.