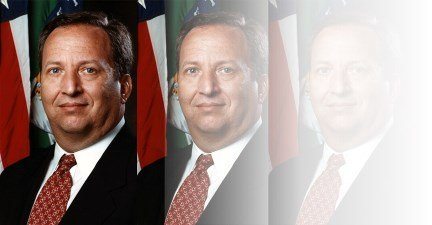 The Democratic Party’s romance with Wall Street may finally be breaking up. In the past 10 days, a diverse group of Democratic senators scuttled Larry Summers’s candidacy for Federal Reserve chair and New York Democrats voted for the mayoral candidate whose campaign was an attack on Michael Bloomberg’s care and feeding of the super-rich at the expense of the rest of the city. Former commerce secretary (and JP Morgan Chase executive) William Daley’s surprise withdrawal from the Illinois Democratic gubernatorial primary is one more indication of Wall Street’s diminished sway.

Democrats have reached a watershed. After two decades in which the party has moved leftward on social issues but has largely accepted the financial sector’s economic preferences — for smaller government; a greater role for markets; and reduced regulation, particularly of finance — the abject failures of the market economy are pushing the party leftward. The revolt against Summers was less about his positions on today’s economic issues than his adamant opposition to regulating derivatives during his tenure as Bill Clinton’s Treasury secretary, when he invoked as an argument against such oversight the dismay of the big banks at the one set of regulations that might have staved off, or at least diminished, the Great Recession of the past five years.

In a broader sense, Democrats’ turn against Summers signals both a weariness and a repudiation of Rubinomics and its apostles. Ever since he became the head of Clinton’s economic council, and then Treasury secretary, former Goldman Sachs co-chairman Robert Rubin has been the party establishment’s foremost economic guru, and his protégés — including Summers, former Treasury secretary Tim Geithner and White House economic counselor Gene Sperling — have dominated policymaking. During their reign, they successfully campaigned for the repeal of the Glass-Steagall Act (which had separated commercial from investment banking), the decision not to regulate derivatives, the trade deals with China and Mexico that decimated U.S. manufacturing and a post-2008 bailout that pumped more than a trillion dollars into the banks but never compelled — or even persuaded — the banks to use those public funds to help small businesses or homeowners facing foreclosure. They blocked efforts to create a safer, more consumer-friendly economy by women more prescient but less powerful than they — Brooksley Born, who headed the Commodity Futures Trading Commission under Clinton and sought to regulate derivatives, and Elizabeth Warren, who conceived the Consumer Financial Protection Bureau but was precluded from heading it.

Today, it’s Warren, now the senior senator from Massachusetts and the party’s leading critic of Wall Street, who is riding high. So is Bill de Blasio, the presumptive favorite to succeed Bloomberg as mayor of New York. In his primary campaign, de Blasio excoriated Bloomberg for helping transform what had once been a metropolis of thriving small businesses and free higher education into a city where the gap between the rich and everyone else has reached levels seen only in the least-developed nations. The New York Times’ precinct breakdown of last week’s Democratic primary shows that de Blasio ran first or second in every one of New York’s hundreds of neighborhoods, save only the Upper East Side between Fifth and Park Avenues and 59th and 90th Streets — where New York City’s wealthiest live.

These events portend a growing conflict between those Democrats who have hitched their wagons to Wall Street — among them soon-to-be New Jersey senator Cory Booker and Chicago Mayor Rahm Emanuel (about whom the ominously titled biography Mayor 1% is forthcoming) — and those, like Warren and her Senate colleagues Sherrod Brown (Ohio) and Jeff Merkley (Oregon), who believe government’s role is in advancing the interests of the middle class and protecting it from finance.

As Peter Beinart demonstrated in a brilliant essay last week, what Warren & Co. have going for them is millennials’ pervasive disenchantment with the market economics that have plunged them into a nightmare of unemployment and undercompensation. Millennials have suffered mightily from the withdrawal of government support for higher education, from the offshoring of jobs and government’s failure to directly create the jobs that might take their place. Polling shows that they’re the one generation that overwhelmingly supports Obamacare and a bigger government that provides more services. They clearly have no use for Rubinomics — something that Hillary Clinton would do well to realize should she seek to become the 2016 standard-bearer of what is fast becoming a more progressive Democratic Party.

How State Labor Got Its Groove Back