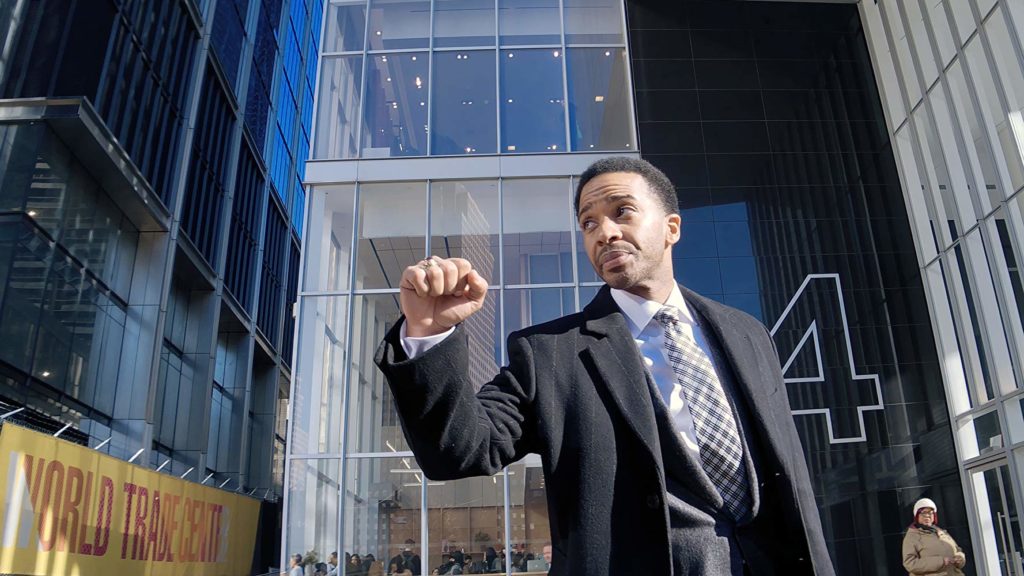 Steven Soderbergh has always been a cinematic disruptor. His debut film, sex, lies, and videotape, is largely credited with revolutionizing the independent film movement of the 1990s while also signaling the emergence of a singular new talent. Instead of taking the easy way up, his prodigious career has seen him bounce between heading mass market pulp (Oceans 11 and its sequels and Magic Mike) to borderline masterpieces (Traffic and Erin Brockovich) to failed experimental fare (Full Frontal, which was the first feature with major stars shot mostly on digital camcorders.). His latest film, High Flying Bird, falls into the latter category.

The film starts with a sports agent, Ray Burke (André Holland), and his client, Erick Scott (Melvin Gregg), who is the NBA’s first-round draft pick, at a moment when the two men are struggling to deal with a league lockout. Before Scott can collect his first paycheck or dish out a dime, he is caught up in the politics of the game — or as youth coach Spence (Bill Duke) says, “The game on top of the game.” As a result, Burke comes up with a scheme to upend the system, an ingenious attempt both to gain some control and swat the impasse away like an ill-advised cross-court pass.

Soderbergh is attempting to invent a game on top of the game cinematically here, as well. His film is about basketball with very little basketball in it, and was shot entirely on an iPhone.  The filmmaker supposedly finished the rough cut three hours after principal photography wrapped – after shooting for only three weeks. The results are like those of a good three-point shooter: successful about 40 percent of the time.

Tarell Alvin McCraney (a producer/story writer on Moonlight) dishes out dialogue that, for the most part, is street smart (a few lines should be whistled for pretentiousness, though.) The acting is great, with everyone managing to deliver stereotypical roles that aren’t typical. Standouts include Duke, who brings soul and depth to his gruff hardwood Yoda, and Zazie Beetz (Atlanta), who plays Sam, a young but ambitiously crafty assistant. But despite the great players, High Flying Bird fails to secure the win.

Shooting on an iPhone is an experiment that here, unlike 2015’s Tangerine, does nothing to enhance or underscore the material. In fact, there are a few glaring shots that simply come across as though they were shot on, well, a phone. Lastly, the film dishes out both backstory and future plot points that are impossible to play out in the film’s 90-minute runtime, such as a secret package and the past death of a promising star. Nothing here is ultimately powerful enough to sustain a feature (although there is a hint of profundity with an allusion to the indentured servitude of NBA players and the garbage time appearance of both Dr. Harry Edwards and his seminal 1969 book, The Revolt of the Black Athlete).

These are two of a handful of loose ends that are never tied up.  As a result, High Flying Bird comes across as less a feature film and more like a pilot for a TV series. (Think The West Wing meets Ballers.)

Soderbergh should be commended for trying to invigorate the game because you can’t score without taking shots. Unfortunately, his latest attempt rims out instead of being a cinematic slam dunk.