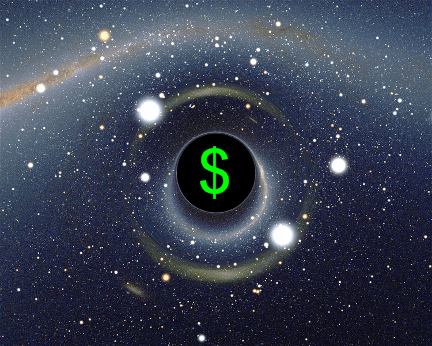 (This post first appeared May 7 on the Labor’s Edge blog site.)

One BILLION Dollars. That’s how much California gives away every year to big corporations, thanks to a wasteful tax loophole that actually incentivizes companies to close up shop in California and move those jobs elsewhere.

You might think a tax law that rewards companies for killing California jobs and resurrecting them in another state would be dumped. Very quickly. Especially if it also rewards them for selling off property here and rebuilding elsewhere. Or, put another way, if the law provides a tax incentive not to hire or invest in California in the first place. You’d repeal it. A no-brainer.

Makes no sense, except for the companies using the loophole while profiting from selling their products here in the nation’s largest consumer market. You wouldn’t even have voted to pass such a mind-boggling law. But then you aren’t a member of the California Legislature — especially a Republican who believes that any corporate tax loophole is good, any loophole closure is an evil tax increase.

Well, yes, closing the loophole would raise taxes for some out-of-state outfits — but only to the level already paid by California companies that hire and invest here heavily, and contribute substantially to our economy.

As if a billion-dollar giveaway to out-of-state corporations isn’t bad enough, the “single sales factor” loophole is just one of several corporate tax breaks California is wasting big money on, while at the same time slashing funding for schools, health care, public safety, vital services, assistance for the poor, roads, bridges, parks and just about everything else that makes California a great place to live and work.

While the rest of us are struggling in the face of high unemployment and draconian budget cuts, corporations are actually being paid to shed California jobs, and it’s all thanks to their high-powered corporate lobbyists in Sacramento who know just how to sneak these loopholes into budget negotiations. In addition to the “single sales factor” loophole, corporations also benefit hugely from the “enterprise zone” tax loophole, which doles out $37,000 to employers for every worker they fire and replace in a “targeted” part of the state.  According to the California Budget Project, enterprise zones have cost the state $3.6 billion since the program began – that’s money that could have gone to funding schools, rebuilding our crumbling infrastructure, keeping firefighters and cops on the job . . . it’s almost overwhelming to think about the cuts that could have been avoided if not for these excessive and abusive tax breaks.

With California unemployment hovering around 11 percent, we ought to be investing in creating jobs, not rewarding companies that lay off hard-working Californians for no other reason except to boost their bottom line.  That’s why Governor Jerry Brown has voiced his strong opposition to enterprise zones and other wasteful tax breaks for corporations.

The Governor isn’t alone on this. Economists, legislators, labor unions and working families have been fighting for years to expose the waste, fraud and abuse in our state’s corporate tax loopholes. Even some members of the One Percent recognize the need to close these loopholes. Investor and philanthropist Thomas Steyer told the L.A. Times:

How is it possible we could have this kind of tax loophole that’s so bad for the state and for the people? It’s just crazy. It’s so nuts that I got exasperated.

We’re exasperated too Mr. Steyer. That’s why closing these tax loopholes is a top priority and integral part of the “Invest in California” jobs plan. Because that’s where the waste, fraud and abuse in our budget really lies, and it’s time to put a stop to it.