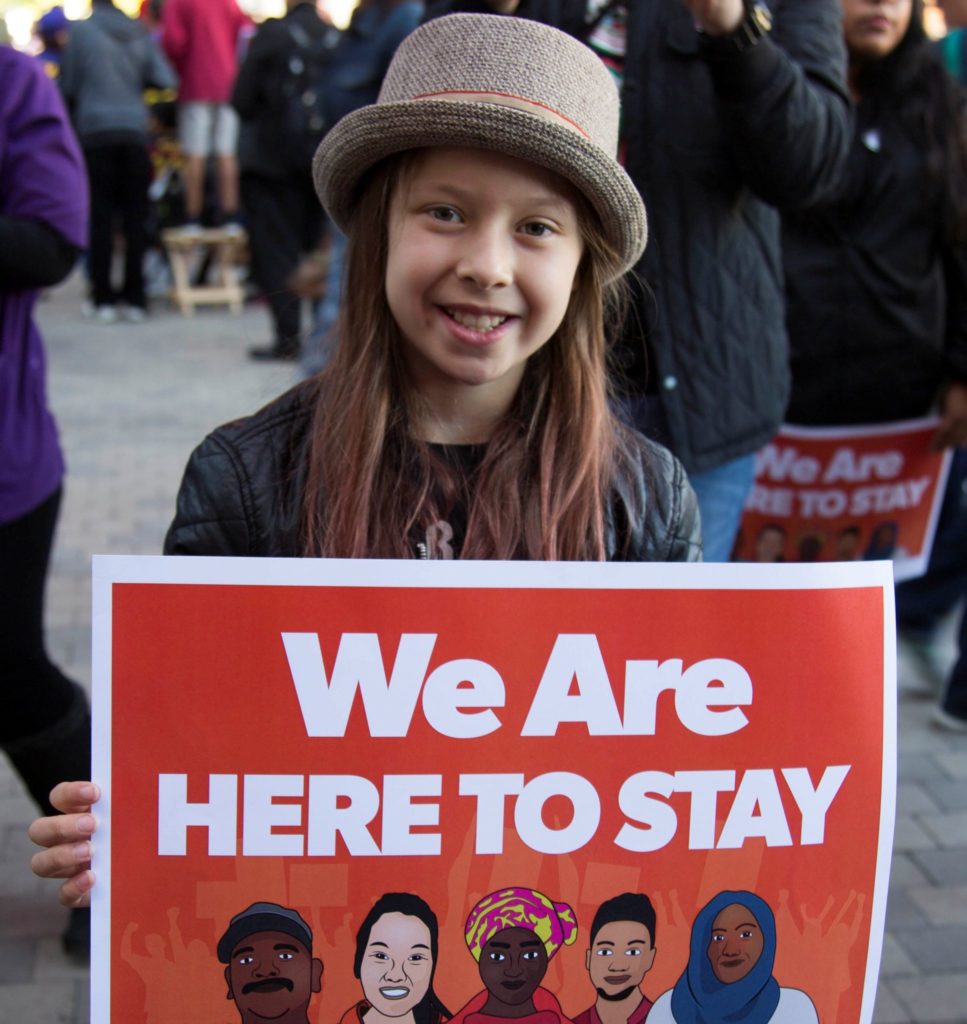 At 78, Governor Brown remains a pugnacious yet mercurial politician whose career path is unlike any other in California history. He has already put Donald Trump on notice that there will be no retreat from his crowning achievements, including far-reaching climate change policies, and in the last two years of his final term, Brown has nothing to lose and a legacy to burnish.

The longtime labor leader, raised in a family of migrant farm workers, will be a formidable opponent of Trump’s immigration policies. A chief architect of the 2003 Immigrant Workers Freedom Ride, Durazo brings passion, authority and personal experience to the immigrant-rights movement, along with a track record of taking on and defeating powerful adversaries.

The charismatic successor to Barbara Boxer may be a junior U.S. Senator of a minority party, but she will command national media attention, and use it to fight the Trump agenda at every turn. Some believe Harris could be a future Democratic presidential standard-bearer, and her ability to eloquently yet forcefully convey progressive values could pave the way for a White House run – perhaps sooner rather than later.

California’s labor commissioner is known for her principled and unrelenting defense of exploited workers. Su will serve as a dramatic counterpoint to Trump’s labor secretary, Andy Puzder (should he be confirmed), underscoring the vast chasm between vigorous labor law enforcement and the new administration’s corporate approach to workers’ rights.

Appointed by Brown to replace Harris as state attorney general after her election to the Senate, the veteran congressman is widely expected to do unto Trump what Texas’ attorney general did to President Obama – use the power of law to obstruct. As the top law enforcement official of the nation’s most populous state, Becerra will wield substantial influence and, if his past is any indication, will not shy away from even the most controversial battles.

The state Senate President Pro Tem and Assembly Speaker, respectively, drew a line in the sand with their defiant post-election statement, which went viral with its vow to oppose Trump on everything from immigrant rights to inequality. Products of the state’s remarkable political transformation, which has seen young leaders of color rise quickly to power, de León and Rendon are both highly skilled legislative strategists who will use their clout to push back hard against the White House.

A legendary community organizer, Thigpenn is the founder of California Calls, perhaps the most effective low-income voter mobilization operation in the country. He is regarded as a visionary in the field of voter engagement and expanding the electorate, and his skills will be in heavy demand both inside and beyond California.

Billionaire activist and political donor Steyer has both the resources and the appetite to take on Trump – not only on his signature issue of climate change but also on economic inequality. Look for him to invest heavily in efforts to expand the Democratic electorate, as well as challenge every Trump effort to thwart California’s climate-change policy.

Head of the powerful Service Employees International Union’s California State Council, Butler is a force to be reckoned with in one of the few states in the country where unions are growing rather than contracting. She and SEIU California have racked up a string of impressive victories, and played a key role in the passage last year of a statewide $15-an-hour minimum wage law, and though far from doctrinaire in her views on labor and business, she will be a thorn in the side of Trump for as long as he is in office.

State of Resistance: California in the Age of Trump

State of Resistance: How California Will Fight the Trump Agenda