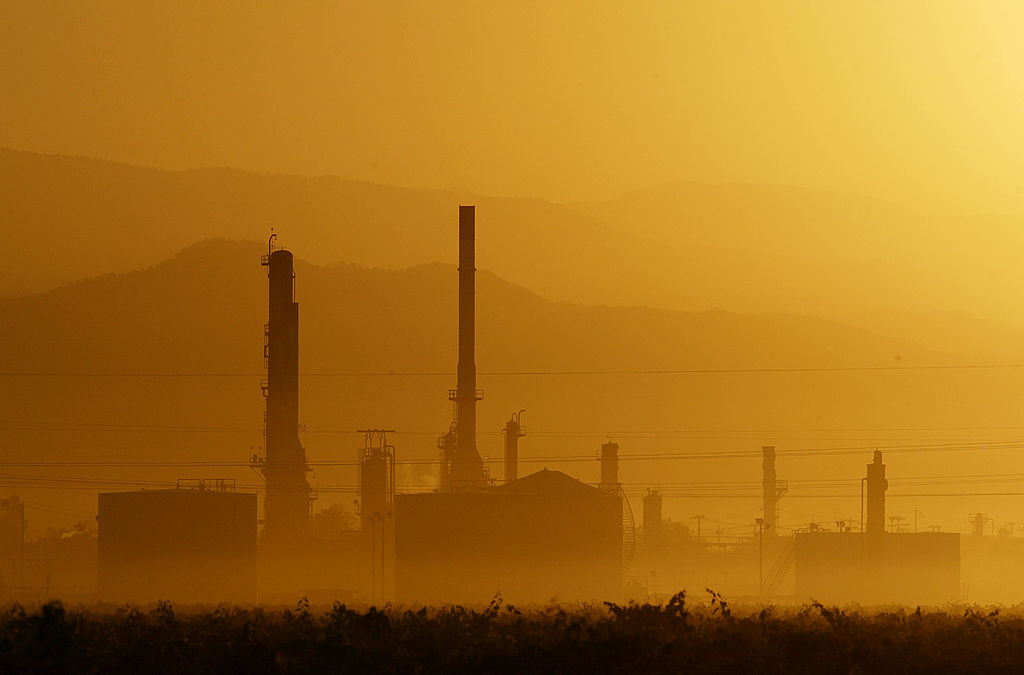 Sunrise at the Kern Oil and Refining Co. near the town of Lamont. (Photo: David McNew/Getty Images)

Oil and gas producers could find themselves increasingly on the defensive in California now that two communities near the heart of the state’s largest concentration of oilfields have won inclusion under its community air protection law on Thursday.

Residents of Arvin and unincorporated Lamont, both in rural Kern County, have been organizing for three years with the goal of gaining status under Assembly Bill 617, a law intended to force California’s regional air pollution districts and Air Resources Board to share power with communities and reckon with their priorities. All members of the Board save one voted for the inclusion of Arvin and Lamont after hours of public testimony Thursday night. 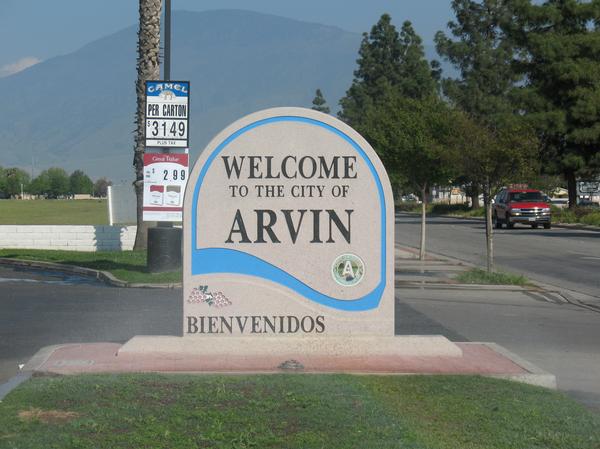 The prospect of having a voice in the environmental protection of her community is gratifying to Estela Escoto, president of the Committee for a Better Arvin. “We have a lot of respiratory illness,” she said in Spanish. “I’m really pleased, especially for all those who are sick with cancer.”

Arvin and Lamont suffer some of the worst air pollution in a state that routinely tops the list nationally for smog and soot, elevating their candidacy for the special designation above more than 200 other communities in the state. The pollution comes from oil and gas wells, refineries, agriculture, heavily trafficked highways and cities upwind.

“Oil will be a top priority,” said Byanka Santoyo, a community steering committee member, organizer with the Center on Race, Poverty & the Environment and resident of Arvin. She estimates she has attended more than 100 meetings held for neighboring communities who are two years ahead in the process. Santoyo recently took a meeting outside and panned her phone across the horizon to show officials the mountain landscape she loves, but often cannot see due to the smog.

“This is huge. If the Legislature and Air Resources Board are serious, then we are going to tackle the issue of oil and gas. But exactly how?”

The process for setting community priorities can be grueling, with long hours in night meetings after work. But leaders with the Committee for a Better Arvin and Comité Progreso de Lamont and other groups have been putting in those hours so they can learn how best to use the law when their own turn comes. “We have people ready to work in Arvin and Lamont,” Santoyo said.

The fact that a community in the heart of California’s oil country will have a say in how money is spent to address pollution is significant. “This is huge,” said Juan Flores, who has been organizing in the Central Valley for eight years on climate, oil and gas. “That is where the community gets excited. If the Legislature and Air Resources Board are serious, then we are going to tackle the issue of oil and gas. But exactly how? Are we going to get setbacks of no less than 2,500 feet, or does it mean we are going to shut them all down? What exactly is it going to look like?”

Flores is referring to an effort to put greater physical distance between residents and oil and gas wells. This setback issue is playing out statewide, and Arvin has already been at it for years. Oil wells can leak carcinogenic chemicals like benzene, and some wells are powered by internal combustion engines that give off exhaust.

The Committee for a Better Arvin was originally focused on clean water, pesticides and manure. But in 2014, it shifted to oil and gas after people were sickened by a leaking pipeline. The group has fought the oil industry several times since.

The California Independent Petroleum Association says it is not an adversary in these communities. Sabrina Lockhart, vice president for communications, said companies pay millions of dollars in fees each year that are reinvested in programs that advance California’s priorities for clean air and greenhouse gas emissions reductions. “Other AB 617 community monitoring programs in oil and natural gas bearing areas have shown no adverse impacts as a result of responsible production, proving that California’s strictest on the planet environmental protections are working,” she said in a statement.

Oil in Kern County goes back 150 years, if you count the kerosene and asphalt that preceded the gushers. It is the center of California production, accounting for 70% to 80%. But production has been falling for years, and money for local government with it. Declining assessed value of oil properties means that where oil companies contributed 33% of all property taxes in 2010, that fell to 16% in 2019.

Central Valley residents expect Kern County to push back against oil industry regulation. When Shafter residents proposed a 2,500 foot distance between people and wells, the county opposed it.

Despite the production declines, oil companies remain the largest contributors to Kern County discretionary spending, according to the assessor’s office. Chevron was its highest taxpayer in 2019, with $64 million paid on assessed value of $5.6 billion on oil land.

Now the county is lurching into the energy transition. A 2018 article in the Bakersfield Californian called Kern the Wind Turbine Capital of the World. The county website says it is “quickly becoming the renewable energy center for California.”

But Valley residents expect the county to push back against regulation of the oil industry. When residents of Shafter advocated for the 2,500 foot distance between people and wells, the county submitted a letter opposing it. The county is currently engaged in a fight over a blanket permit it granted to drill up to 70,000 more wells.

Arvin and Lamont will not be the first communities located near oil facilities to gain negotiating power under AB 617. Richmond in the Bay Area is a refinery community. And the Wilmington-Carson-West Long Beach area is close to four refineries plus still active oil wells. That community negotiated a 50% reduction in volatile organic compounds — a type of pollution — in 10 years. Residents of Shafter raised concerns about the issue of air pollution from oil production and related processing, but much of their time was spent in a lengthy fight at several levels of government over whether the law protected them from pesticides, which were also a community priority.

“The entire month of January all you see is smoke” from burning vineyard and orchard waste, says Jesus Alonso, who grieves that he often can’t take his son outside.

If the aim of AB 617 is to give residents a seat at the table, across from them at that table will be employees of the San Joaquin Valley Air Pollution Control District. They will spend many dozens of hours in meetings together. Jaime Holt, chief of communications for the district, said her agency backs the addition of Arvin and Lamont, “assuming there are resources to support the programs,” as there have been for the three other communities under its jurisdiction — Shafter, Stockton and South Central Fresno. The air agency has received $12 million per community to initially implement the law, plus $35 million to carry out the air pollution actions the community decides on.

Arvin and Lamont are beset by other kinds of air pollution as well, which might even surpass fossil fuel production and refining among the communities’ priorities. The towns are surrounded by agricultural fields, increasingly almonds. Growers use special machines that grab the trunks of the almond trees at harvest time and sharply vibrate them, sending up clouds of ash, soot and dust — whatever has fallen from the Valley’s blurred sky over the last year.

Then there is the burning. “The entire month of January all you see is smoke,” Jesus Alonso, a lifelong resident of Lamont said. It grieves him that he often can’t take his son outside, describing a persistent, nauseating stench from the refinery nearby. “What I am most excited about is that our children in the community will be able to spend more time outside without increasing their risk of lung or cardiovascular issues.”

This story has been updated to reflect the results of Thursday’s Air Resources Board meeting.

Related Topics:California Air Resources Board (CARB)FeaturedKern County
Up Next