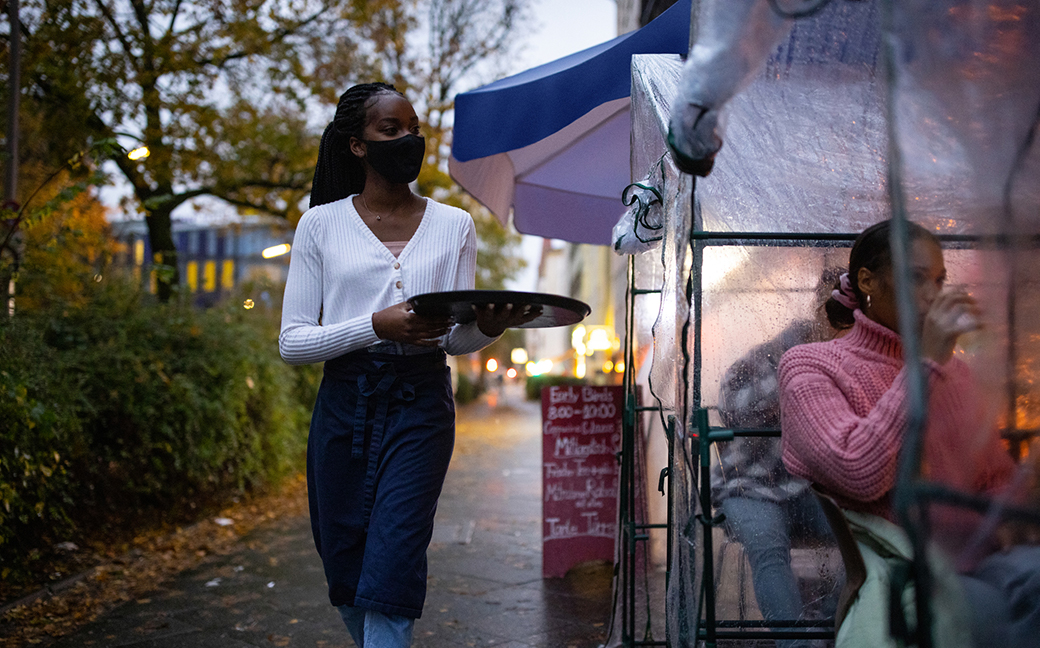 You could denote the past year of the pandemic by any number of markers, but it may ultimately be recalled for its seemingly nonstop barrage of temporary measures intended to help get U.S. residents through it. “Stopgap” has been the watchword of the realm.

In that spirit, the latest COVID-19 relief measure signed last week by California Gov. Gavin Newsom fits right in. Senate Bill 95 expands sick leave for an estimated 10.4 million workers in the state by mandating up to two weeks of paid time off for those employees to deal with COVID-related issues, including symptoms and illness, vaccination, child care and schooling.

The measure essentially takes up the slack for state and federal provisions that expired Jan. 1, making California’s rules retroactive to that date. The new bill itself expires Sept. 30 — the very definition of stopgap.

It also resembles other actions undertaken on behalf of struggling Americans in a genuinely political way: It was a brokered deal twisted into political compromise — and in the end, a few things had to give. One of them was equal protection for millions of California’s most vulnerable workers.

Because SB 95 is backdated, workers who already needed days off in 2021 due to COVID-related problems will still be paid for that time.

“I was disappointed that negotiations with the Legislature forced us to exempt small businesses,” Assemblymember Lorena Gonzalez (D-San Diego) told Capital & Main on Monday. “Nonetheless, I’m proud that we could move swiftly to protect so many essential workers.”

Now California businesses with at least 25 employees must offer two weeks’ supplemental paid time off. Because the law is backdated, workers who have already needed days off the job in 2021 due to COVID-related problems will still be paid for that time. The companies or stores, in turn, can get their money back from the federal government by using a payroll tax credit of up to $511 a day. State Sen. Nancy Skinner (D-Berkeley), the bill’s primary author, said the tax credit is enough to reimburse 80 hours’ worth of sick leave costs for a worker who earns $60 an hour or less.

But in the political wrangling over the actual language of the bill, an exemption was made for any company in the state that employs fewer than 25 people — and that’s where the rubber meets the road.

According to data provided by the state’s Employment Development Department, 93% of California businesses – nearly 1.1 million firms — have fewer than 20 workers. As of the second quarter of 2020, the last period for which such data is available, those businesses comprised more than 3.1 million workers, none of whom will benefit from the newly signed legislation.

That is certainly as California’s business interests would have it. Battered by the pandemic themselves, business owners large and small have pushed back against any hint that they ought to be paying more upfront costs for employees at a time when many storefronts struggle to keep the lights on and the doors open.

“One year after California’s stay at home order was put in place, too many businesses remain in a fight for economic survival,” said California Chamber of Commerce executive Jennifer Barrera. “At a time when California is flush with cash, policymakers should not ask employers to become the state’s social safety net.”

By the letter of the law, that isn’t the case, since the federal tax credits are in place to reimburse businesses. And as Gonzalez pointed out, those credits are available to all businesses, not just the larger ones. “Small businesses under [25 employees] can also apply for federal relief if they grant sick leave to their employees,” the legislator said. “I’m hopeful that these businesses will in fact provide the paid leave and simply access the tax credit.”

“Too many times during this pandemic, professional hospitality workers have had to make the wrenching choice between not paying rent and risking their health.”

But the reality for the workers in those businesses is less forgiving. Without a mandate to reimburse sick leave, many of the smallest firms likely won’t (or can’t) front the money and wait for tax credits down the road. The result: Workers in food service and restaurant settings, for example, won’t have sick leave beyond the few days per year they already get — and they often can’t afford to take any unpaid time off because they’re already drawing low wages. So they’ll go to work even if they feel ill, a development that the bill was in part written to prevent.

“Too many times during this pandemic, professional hospitality workers have had to make the wrenching choice between not paying rent and risking their health,” said Kurt Petersen, co-president of Unite Here Local 11, which represents more than 30,000 workers in Southern California and Arizona. (Disclosure: Unite Here is a financial supporter of Capital & Main.)

“We applaud its passage,” Petersen added about SB 95, “but the state needs to use its extraordinary surplus to help workers survive this devastating pandemic.”

Buoyed by that estimated $15 billion surplus, California lawmakers already have approved more than $14 billion in aid for schools, individuals, businesses and tenants who are falling behind on their rent. An infusion of billions more in federal aid could lead to further relief.

But for the workers keeping the smallest businesses going, such an easing of pressure may feel far off. “Essential workers are being left out,” said state Sen. Maria Elena Durazo (D-Los Angeles). In the year of the pandemic, that sentiment has been heard too many times.