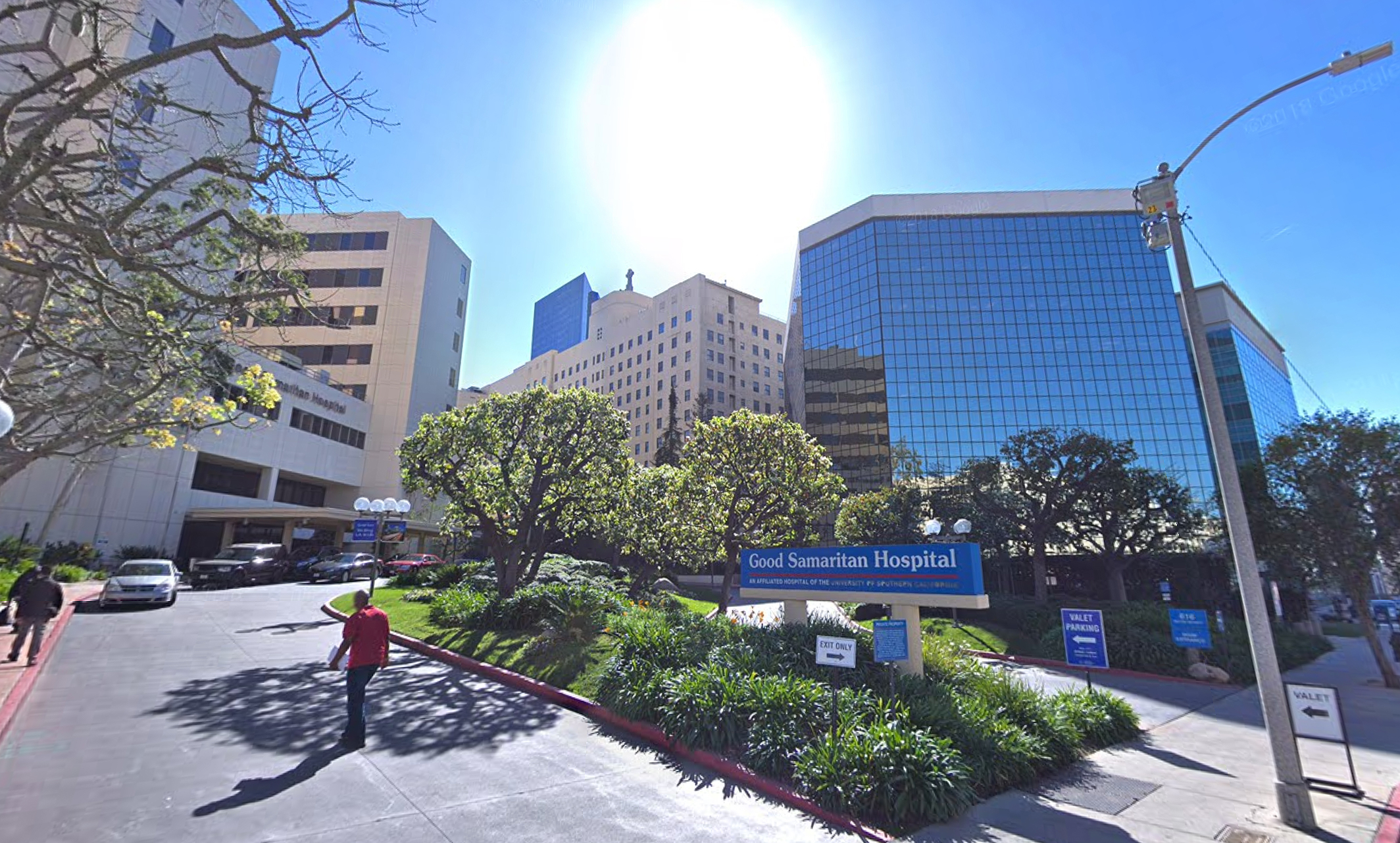 When Betzabel Estudillo got word last month that the Good Samaritan Hospital Child Care Center in L.A.’s Westlake neighborhood was closing for good, the news “devastated” her. She enrolled her 2-year-old son in May and says she put his name on the waitlist before he was even born. She hoped to enroll her infant daughter in the fall and return to work.

Throughout the pandemic, Estudillo and her husband have struggled to balance child care with their respective careers in the nonprofit sector as a policy advocate and immigration attorney. “Things have been so difficult already for parents, for children, for everyone,” she says. “This is just another thing that makes things difficult.”

The closure, scheduled for Aug. 20, comes at a time when California lawmakers are moving in the opposite direction, with new investments in early childhood care and education. In July, Gov. Gavin Newsom signed new legislation creating 200,000 more childcare slots over the next five years for the state’s working families. Additionally, AB 131 will fund early education training with a one-time investment of $40 million and raise pay for many in the child care industry, where workers are overwhelmingly women and women of color and wages have historically been low.  The wage hike is the fruit of the first collective bargaining agreement between the state and subsidized caregivers, who voted to unionize last year as Child Care Providers United.

“Strong early care and education investments are critical to healthy families, and it is critical that child care providers are compensated fairly,” said Assemblymember Cristina Garcia at a video conference where Gov. Newsom signed the bill into law last month. “They had been undervalued and underappreciated for a long time.”

Cristina Alvarado, who advocates for accessible child care at the state and national level as executive director of the Child Care Alliance of Los Angeles, thinks attitudes toward child care have come a long way. At the same time, the closure of Good Samaritan’s child care center means families who live and work around downtown Los Angeles will lose a valuable child care resource.

According to the Child Care Alliance of Los Angeles, parents making L.A. County’s median income need to spend 45% of their earnings to put two kids in child care.

“Day care is very expensive in L.A., and when I looked comparatively with other day cares, it was a very reasonable tuition price,” Estudillo says of Good Samaritan. And unlike many other sites in the area, Good Samaritan offered services for both infants and toddlers. “Most of the day cares I’ve found are only offering care for 2 years and up,” she says. To provide one child with five days of care each week, Good Samaritan charged nonhospital employees a monthly fee that ranged from $1,005 to $1,352 depending on age. Estudillo claims other options would have cost over $3,000 a month to enroll her two children. “We just can’t afford that.” (According to a fact sheet from the Child Care Alliance of Los Angeles, parents making L.A. County’s median income need to spend 45% of their earnings to put two kids in child care, while “the situation is even more dire” for those who are below the poverty level.)

Founded in 1885, Good Samaritan became part of a network called PIH Health when the Whittier-based company acquired the hospital in 2019. Kevin Koga, who serves as director of marketing communications at PIH, explained the company’s decision to shutter the child care center in a statement to Capital & Main. “After careful consideration, PIH Health has made the difficult decision to close the PIH Health Good Samaritan Hospital Child Care Center on August 20, 2021. While the center has provided a valued service to the community, the program continues to be under capacity despite efforts to increase enrollment, and the program has been operating at a loss as a community benefit.” According to PIH, the center is licensed for 82 children but daily attendance in June 2021 was around 38, including 15 children of hospital staff.

Koga claims “enrollment has been low for some time even before COVID-19,” but with more parents working from home and new space requirements for social distancing, the pandemic has impacted the child care industry across the board.

Genesy Mendez has worked as a teacher’s assistant at the center for three years. “We have been following everything that states we have to [keep capacity] low in order to keep everybody safe, and now we’re being told that for that same reason we’re closing. It’s very disheartening,” she told Capital & Main.

“We did close for just less than two weeks at the very height of [the pandemic], but then we opened again because there was a demand for child care,” says Aida Martinez, a teacher at the center for the last 11 years. She says the closure is “a hard reality to swallow,” especially after caring for the children of doctors and nurses on the front lines of the pandemic. Although child care is an essential service, data from the California Child Care Resource and Referral Network shows that 1,837 L.A. County child care sites shut down during 2020, with centers like Good Samaritan’s — as opposed to smaller home-based operations — accounting for most of the closures. It’s unknown at this point how many providers will be able to reopen in the future.

“Some people think, ‘Oh you guys are just babysitters.’ But even though our curriculum is focused on play, that’s where we interject the little things children are supposed to know.”

Now Estudillo and others are circulating a petition calling for the center to stay open through the end of 2021 in the hopes that enrollment will grow, and urging PIH to provide more support for the center’s 13 employees if they are ultimately laid off. Although PIH has encouraged the child care center’s teachers to apply for other positions within the company, Mendez and Martinez haven’t found openings in their field. “Some people think, ‘Oh you guys are just babysitters.’ But even though our curriculum is focused on play, that’s where we interject the little things [children] are supposed to know,” explains Martinez, who holds a degree in child development.

“Given that all of us are in the field of education, it would be extremely difficult to apply for a job that is geared toward clinical experience,” adds Mendez.

This isn’t the first time PIH has come under fire after acquiring an existing facility. In 2015, two years after taking over the bankrupt Downey Regional Medical Center, community members spoke out against PIH’s decision to cut costs by replacing a team of longtime emergency room doctors.

The inability to find child care can force families to make difficult decisions. “We’re in this really rough place of do I continue my career, or do I just stay at home and take care of the kids?” says Estudillo.

According to California state Sen. Nancy Skinner, such predicaments have increasingly impacted women during the pandemic. “Women left the workforce in larger numbers than men,” she said in July. “Why? Because the care they depended on for their children and their loved ones wasn’t available.” However, as Cristina Alvarado of the Child Care Alliance points out, “There wasn’t enough [affordable child care] even pre-pandemic,” especially in neighborhoods like Westlake, which has a low median household income compared to the rest of the county and the state as well as a large immigrant population. According to a 2018 report from the Center for American Progress, just over 60% of Californians live in areas without sufficient access to child care.

A “Community Health Needs Assessment” from Good Samaritan conducted just before PIH took over notes that providing child care is essential to providing health care, since patients may “have difficulty securing child care prior to their visits.” The report identifies an urgent need for 0-to-5 education. “Low income kids are already behind because there are not adequate preschools and kids are not being read to at home. They start behind and end behind. We need to focus on early childhood education and early screening for developmental delays.”

With only weeks until the center shuts its doors, Mendez considers her next career move. “It’s just hard to find stability in such a time of uncertainty.”

“We’re like a community here,” says Martinez, still coming to grips with the situation. “Even though we have less than a month to go, it’s like, ‘Oh my gosh is this really happening?’”

In My Name is Pauli Murray, an Unsung Hero Gets Their Roses