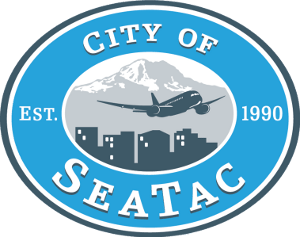 Last week the voter-approved $15 minimum wage set for airport-related workers near the town of SeaTac, Washington, survived a recount and is now supposed to go into effect on January 1. The win sets a new standard for pay and benefits for hospitality and transportation workers, and will bring much-needed financial relief for low-wage workers who cater to millions of travelers at one of the country’s busiest international airports. SeaTac’s Proposition 1, which voters initially approved last month, will bring much-needed improvements to the lives of more than 6,300 workers who currently bring home less than $1,500 per month on average. Backers of the historic measure say the new minimum wage for SeaTac workers will stimulate the local economy to the tune of $54 million per year.

Predictably, the corporate interests who’ve so far ended up on the losing side have no intention of simply bowing down to the will of the city’s voters. Those interests, after all, really couldn’t care less what the community that supports their operations thinks about how workers ought to be treated (you know, with dignity – imagine that!).

Now, thanks to a legal challenge issued last week by Alaska Airlines and its Humbug! friends – filed with the blessing of the poor little Port of Seattle – SeaTac workers and residents will have to wait just a little bit longer. At the heart of this legal challenge is the issue of whether or not the resident-approved initiative can be imposed on the airport, which is controlled by the Port.

So, as the SeaTac living wage fight continues be sure to stay tuned to find out just what King County Superior Court Judge Andrea Darvas leaves under the SeaTac workers’ trees this Christmas. In the meantime, working families in L.A. and beyond will be looking toward SeaTac with hope, optimism and a sense of solidarity that cannot be broken.

AMP-ing Up the Fight Against Evictions