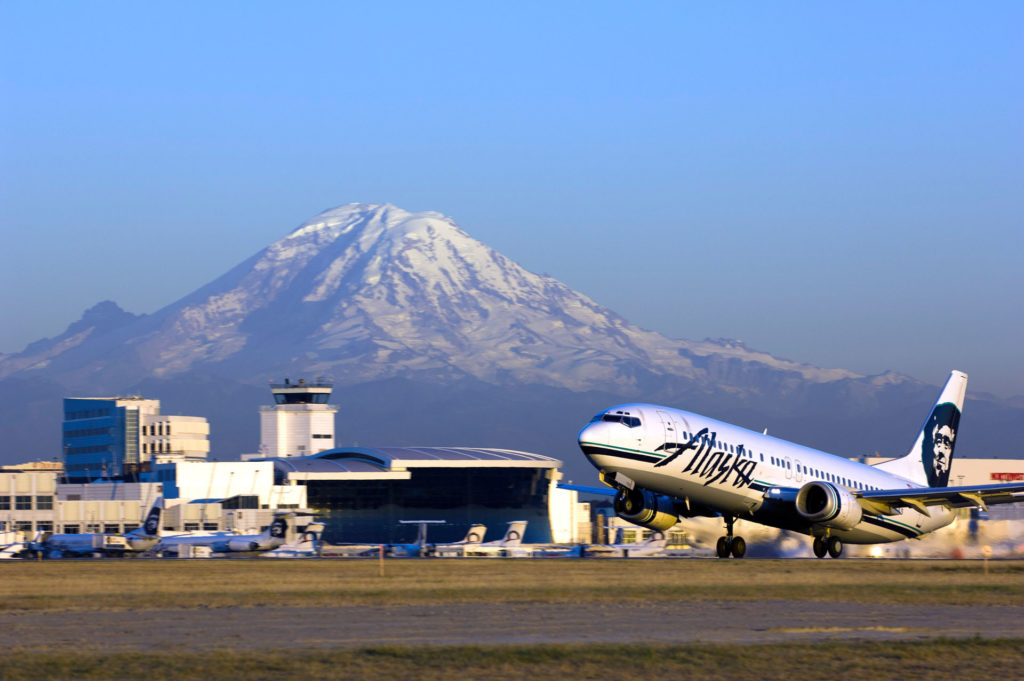 The holiday interlude brought a mixed blessing from Seattle —that’s the positive spin, frankly—in the form of King County Superior Court Judge Andrea Darvas’ ruling in the SeaTac minimum wage case. The complaint, officially named BF Foods v. City of SeaTac, concerns Proposition 1, a ballot initiative adopted by the voters of the City of SeaTac last November, that raised wages to $15 an hour for airport and hotel workers.

Opposition to the measure was rather heated, as opponents sued to keep the matter off the ballot. Having failed in that endeavor, they spent big money to defeat it. Having lost, a recount, which did not change the results. After which, this suit.

The main litigant, according to press reports, is Alaska Airlines; they cleverly brought in the Port of Seattle, which runs the airport. The legal approach here was something of a kitchen sink strategy, with 18 separate claims. Most of the arguments are not worthy of attention, as living wage laws have been upheld repeatedly.

A few amusing additions to the usual fare: a complaint that the ballot title was misleading because not every provision was included in the title (apparently Alaska Airlines follows the titling credo of artist Nigel Tomm); and another that the ordinance discriminated against out-of-staters who would have to pay the bulk of the wage increase (a claim wrong-headed not only because local residents happen to use the airport too).

Of more interest was a challenge to a first-of-its-kind provision in the ordinance designed to prevent the strategy employed by some Long Beach hotels to cut other benefits in response to a living wage. Opponents cited just one case in their argument against this and it wasn’t relevant; Darvas sided with the defense here and is, obviously, the first judge to rule in favor of such a model provision. All of that is to the good and mentioned here to put into context the bad, which is really bad. The law applies to hotel and airport workers in the City of SeaTac. Or it did, until Darvas ruled it can’t apply to airport workers. In other words, 4,600 workers lost a living wage with this ruling, while 1,700 kept it.

I’m not a lawyer (though I do play one here at Capital & Main), but lack of knowledge and expertise has never stopped me from weighing in, so here goes: The truly bad news is that the ruling may stand.

Living wage proponents in Seattle are more optimistic, pointing out that Darvas was the judge in the bizarre pre-election case who blocked the initiative from the ballot. Her logic was so strained that even the Seattle Times, which editorialized repeatedly against the measure, found Darvas’ ruling ridiculous. It was overturned with just hours to spare. We’d also be remiss if we at the Los Angeles Alliance for a New Economy did not point out that LAANE lost round one of the Century Corridor living wage case before prevailing in a state Court of Appeals.

That said, the actual sticking point here is not the living wage, but the structure of government in the state of Washington. The airport is not owned by the City of Seattle, nor by the City of SeaTac where the airport actually lies. Instead, it’s owned by the Port of Seattle, a port authority deemed under state legislation to be, in essence, its own municipality. Its commissioners are, more or less, elected. And state law says the Port of Seattle has “exclusive jurisdiction” over the airport.

Which means the City of SeaTac and its voters do not, according to Darvas, have the power to tell the airport to do anything.

The theory behind such a governing structure would seem to be that the voters in question should not be the few thousand residents of SeaTac, but the million-plus voters in King County. They elect the commissioners and can remove those who displease them. In theory, they could pass a countywide initiative.

Whether there is in fact such a theory is less clear. Those who have looked into the idea of passing a countywide initiative suggest the law may actually require a statewide effort, which would be prohibitively expensive and not reflect the voter base at all. Perhaps for that reason, there has never been a Port-related initiative in Seattle’s history.

Holding commissioners accountable is made more difficult by the lack of competitiveness in their elections and the fact that few understand the nature of the position. Two of the five current members were appointed by the other three members, and the average margin of victory in the four races held this past November was above 40 points. Something like 20-25 percent of the people who actually made it to the polls failed to make a selection in these races, presumably because they didn’t have any idea of who to vote for.

Living wage advocates have tried for years to get Port commissioners to raise wages for low-wage workers at Port facilities. Staff and commissioners have made sympathetic noises but continuously asserted that Washington state law gives them no such authority. All of which makes the Port’s pretense of neutrality seem a bit hollow.

Why is not hard to figure. The plaintiff, Alaska Airlines, is the airport’s main tenant. The airliner’s named co-plaintiffs are a combination of food concessionaires led (alphabetically speaking) by Big Foot Foods. These same concessionaires are closely tied to the Port; last year, they were embroiled in a controversy for allegedly being offered preferential treatment. Shocking to hear, but apparently the Port is influenced by the companies with which it does business.

In short, the employees of BF Foods should probably not hold their breath waiting for the Port to pass a living wage. The question of the authority of SeaTac voters will go to Washington’s Court of Appeals in 2014, and perhaps eventually to the state Supreme Court.

Can Chuck Reed’s Pension-Cutting Campaign Get Off the Ground?

Eddie Reed: The Passing of a Labor Hero