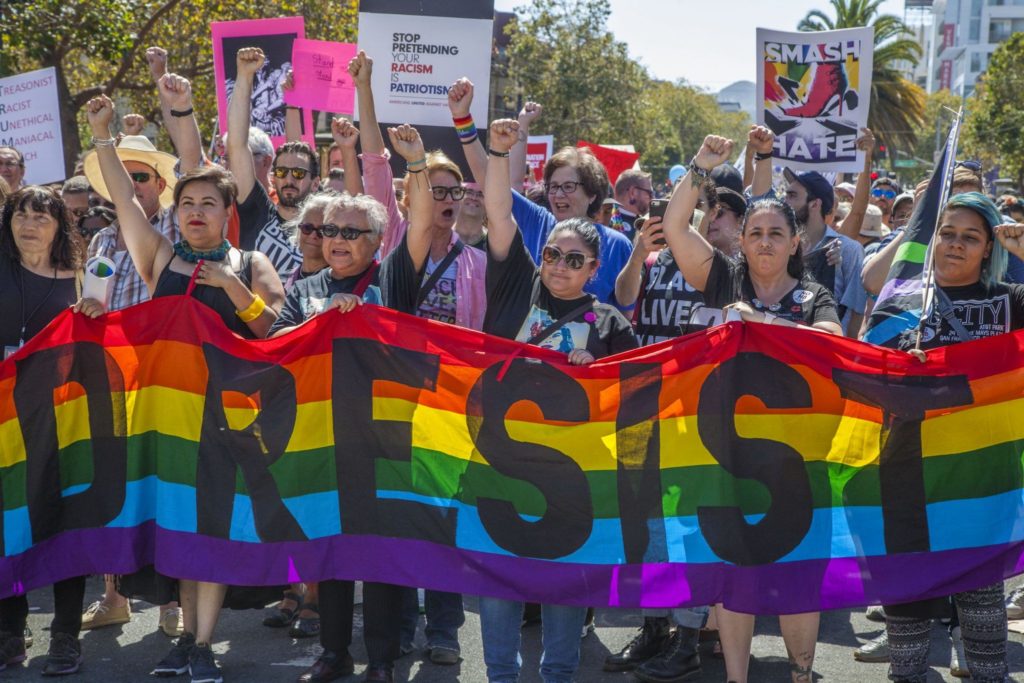 Editor’s Note: On Saturday community organizations and unions in San Francisco marched up Market Street, carrying banners and blocking streets, to protest a planned rally by the extreme right-wing group Patriot Prayer, which was eventually canceled by its organizers. David Bacon’s images captured the mood of the city. 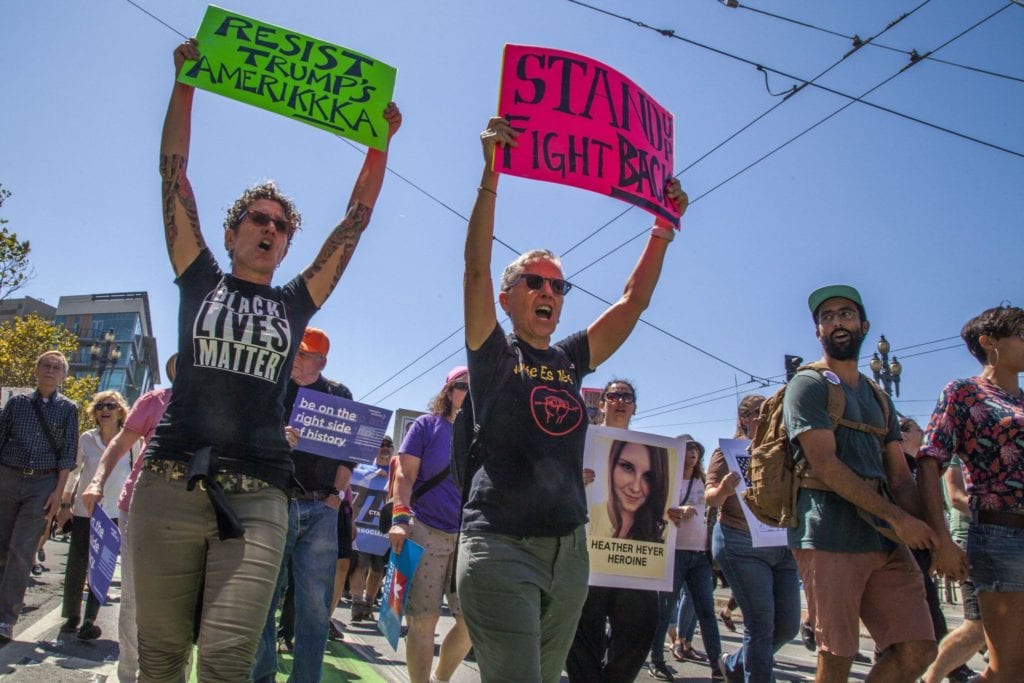 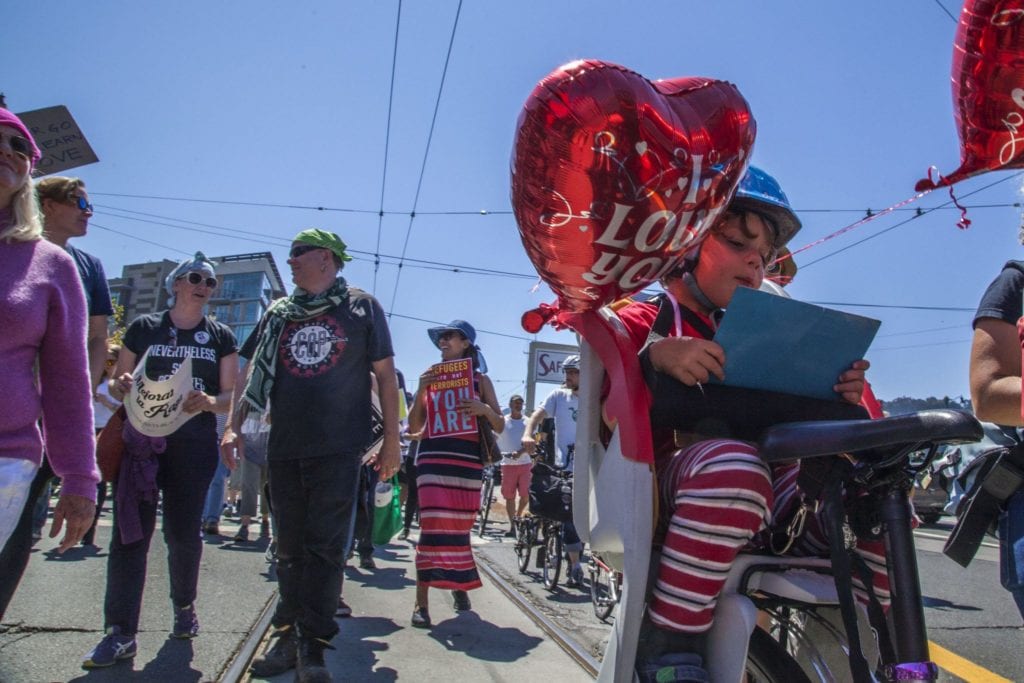 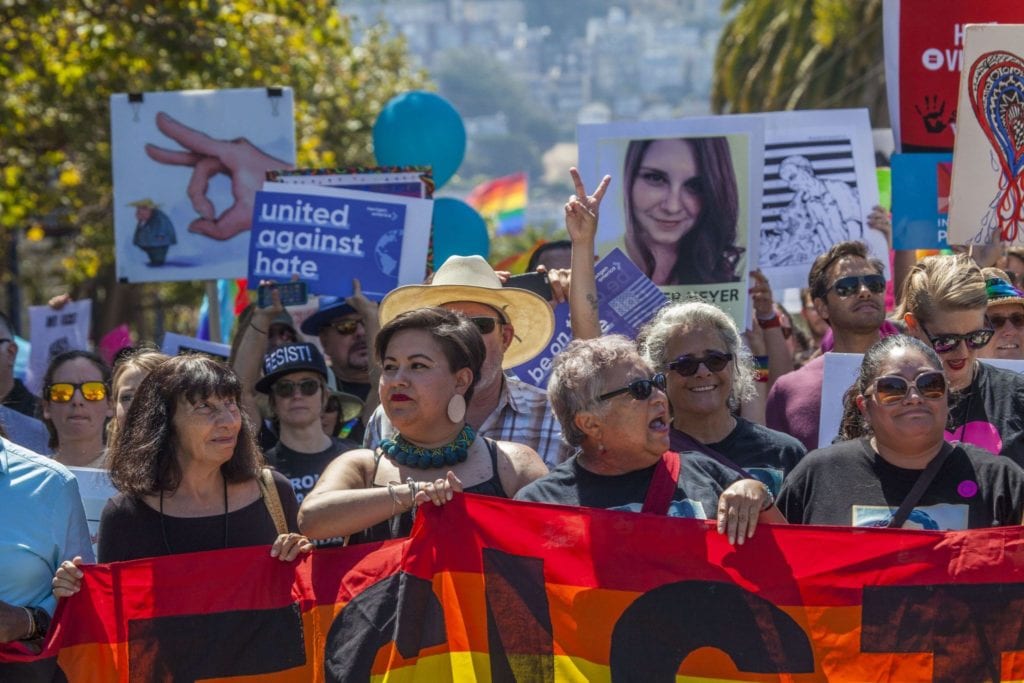 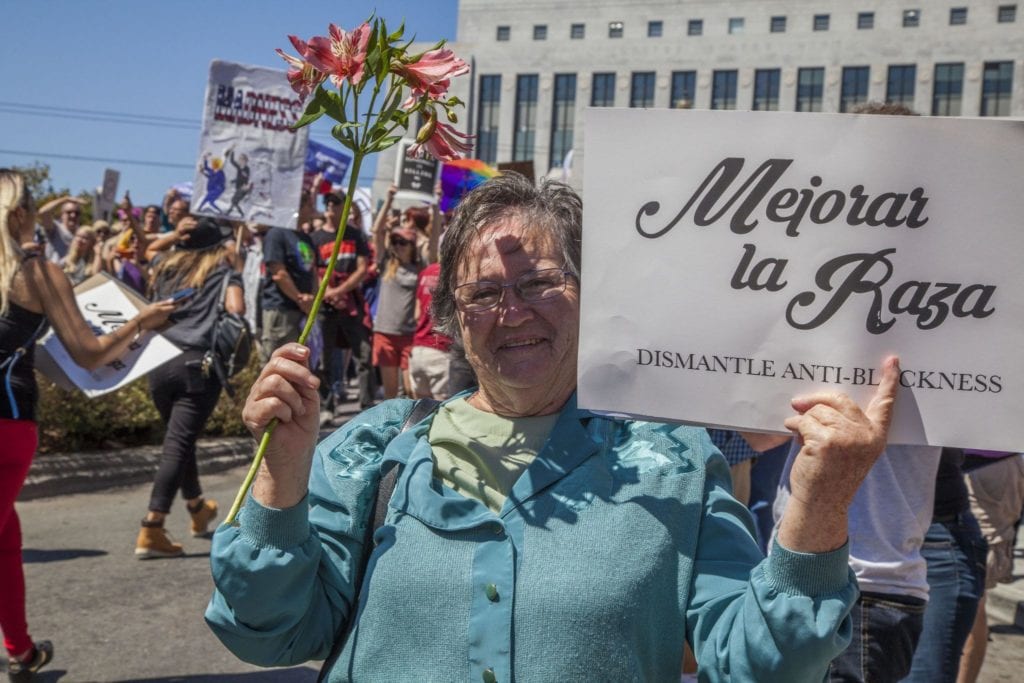 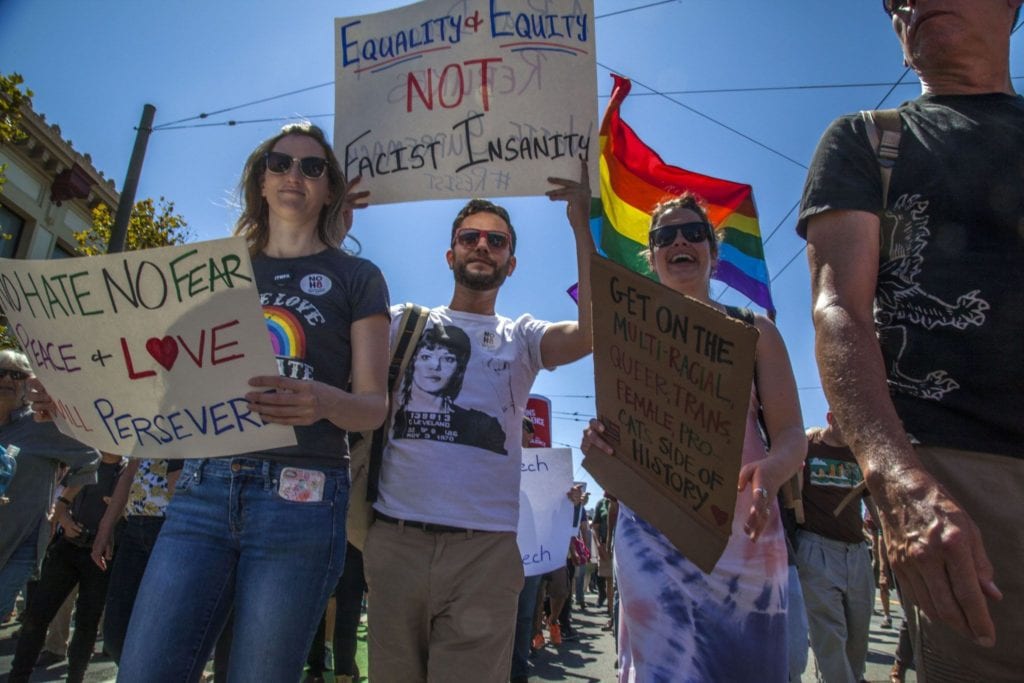 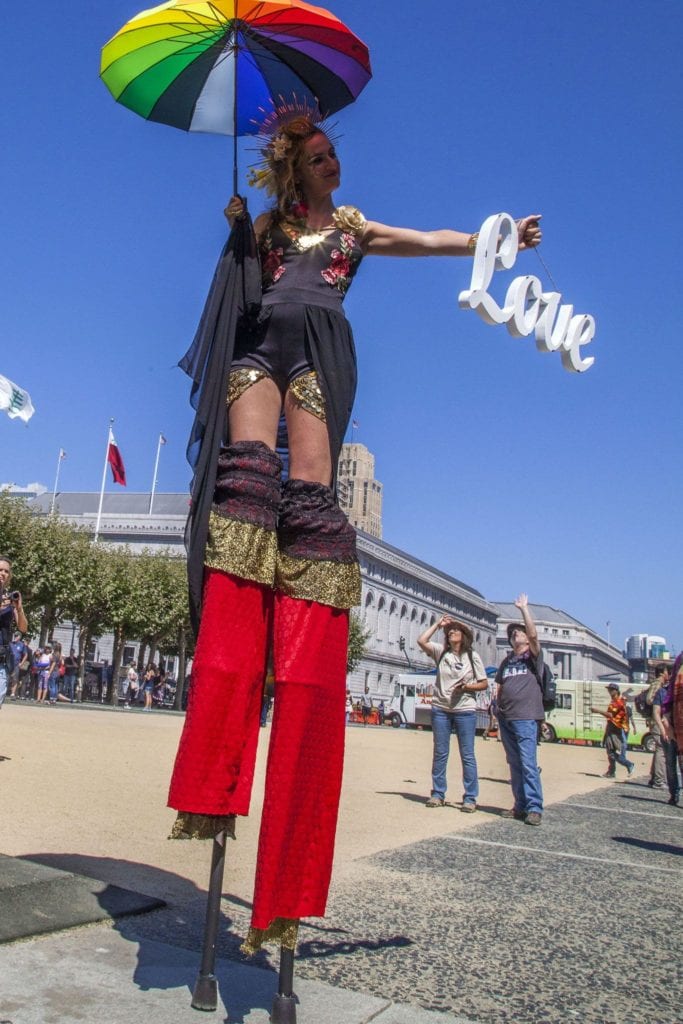 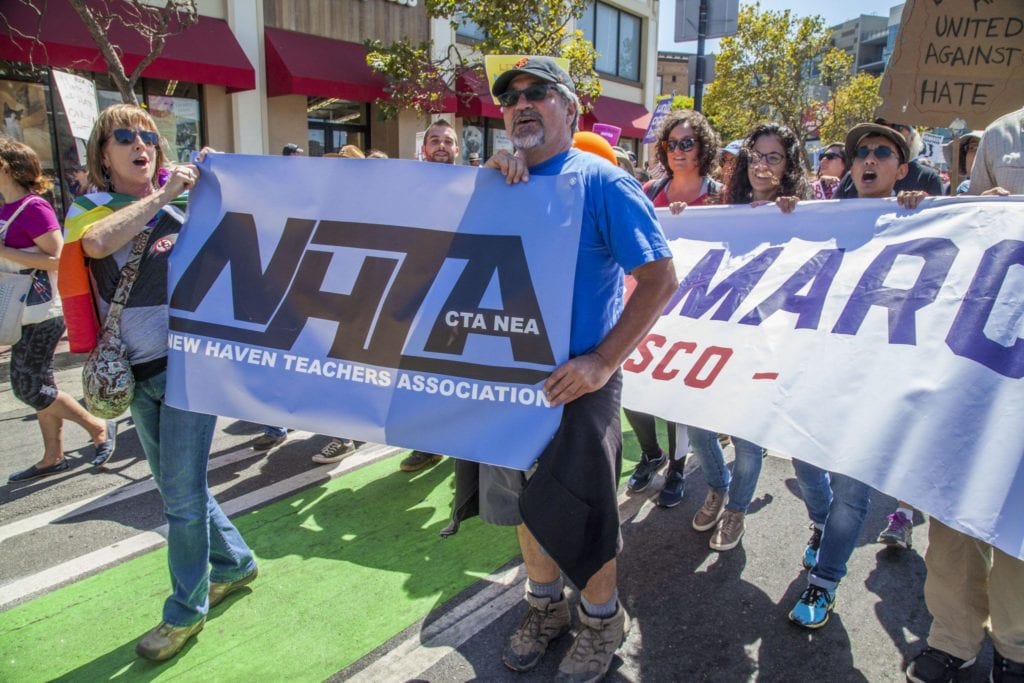 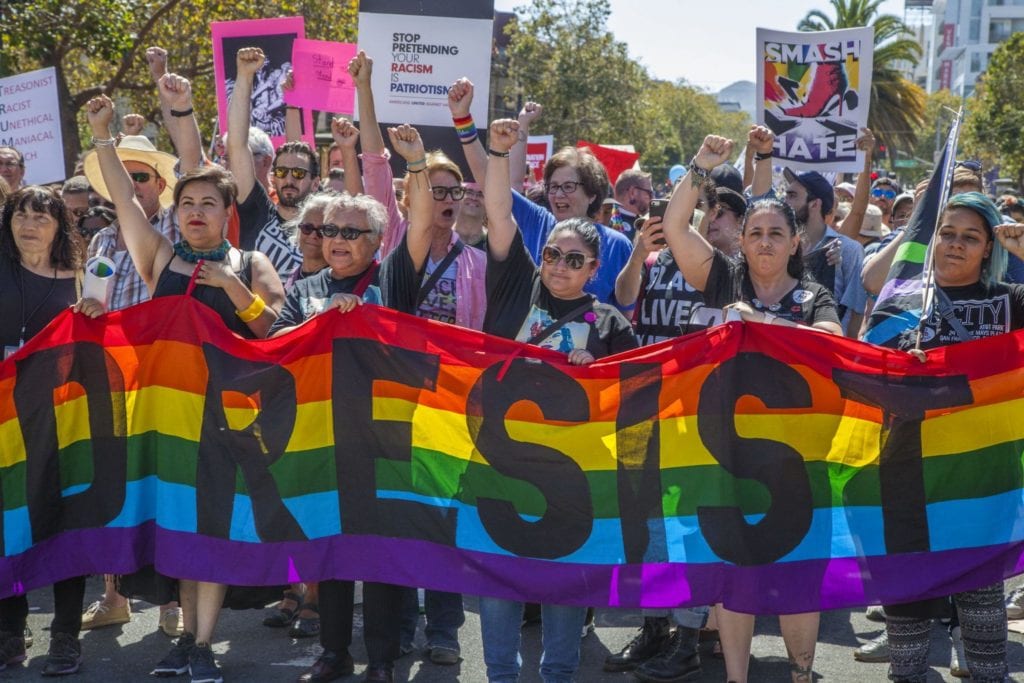 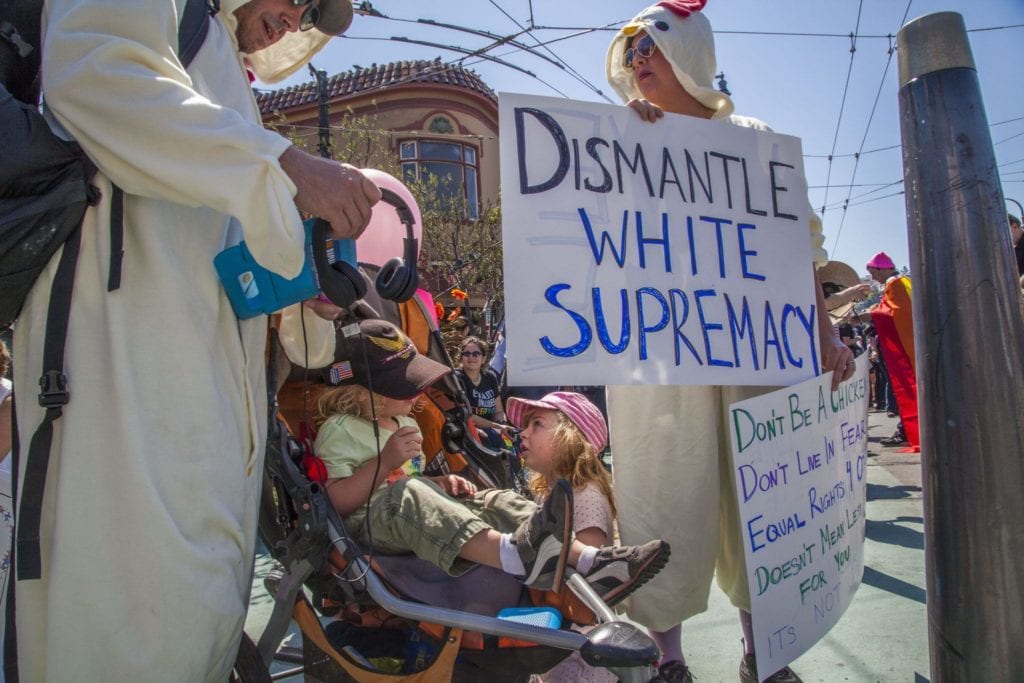 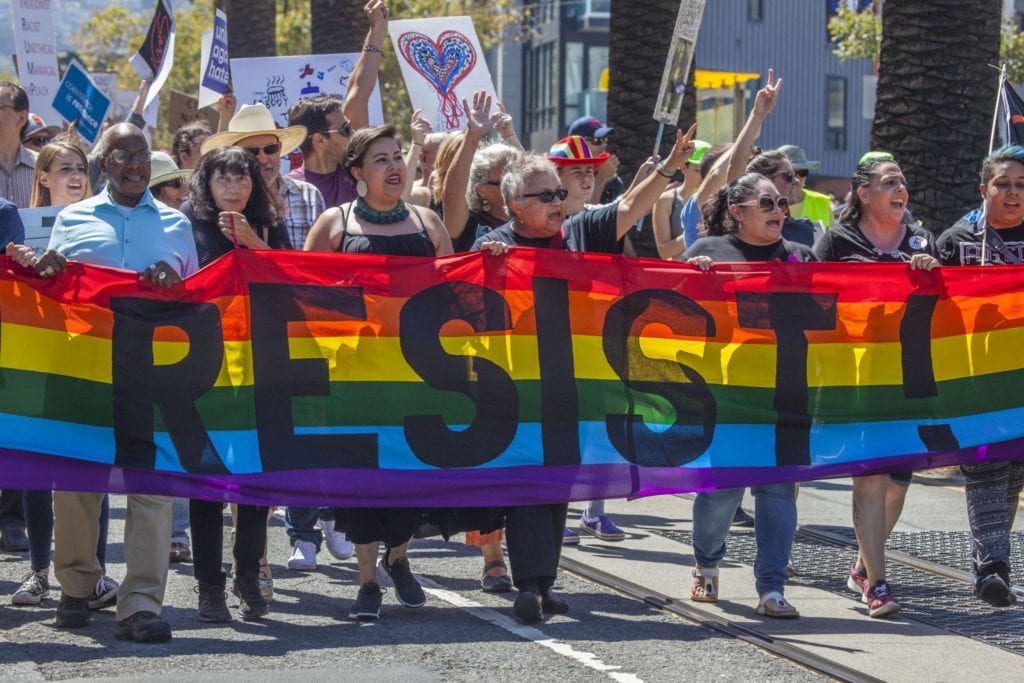 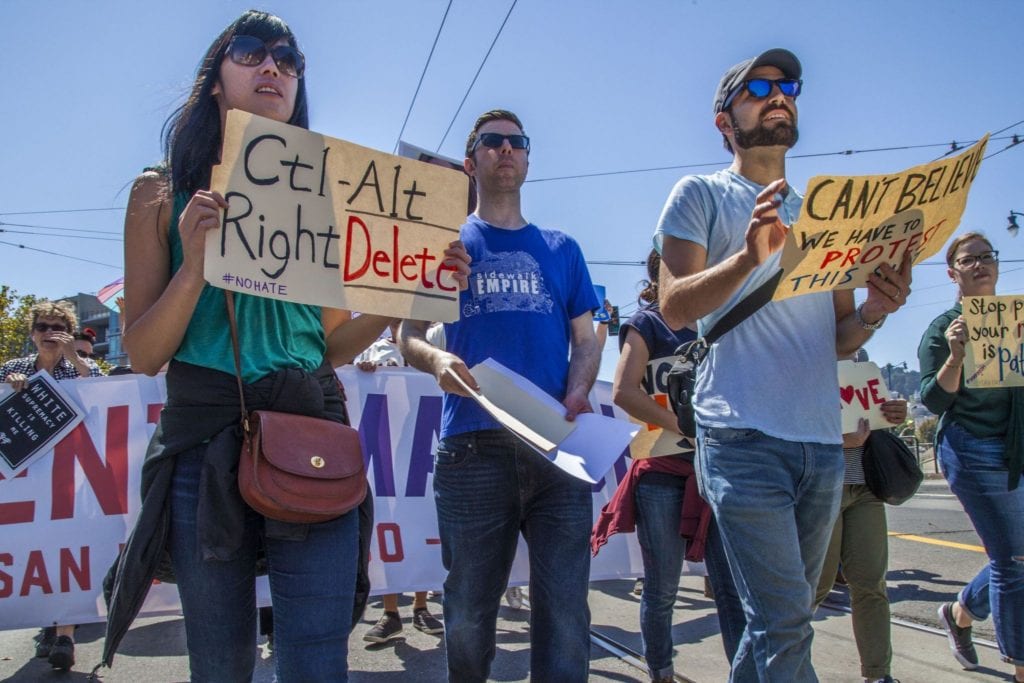 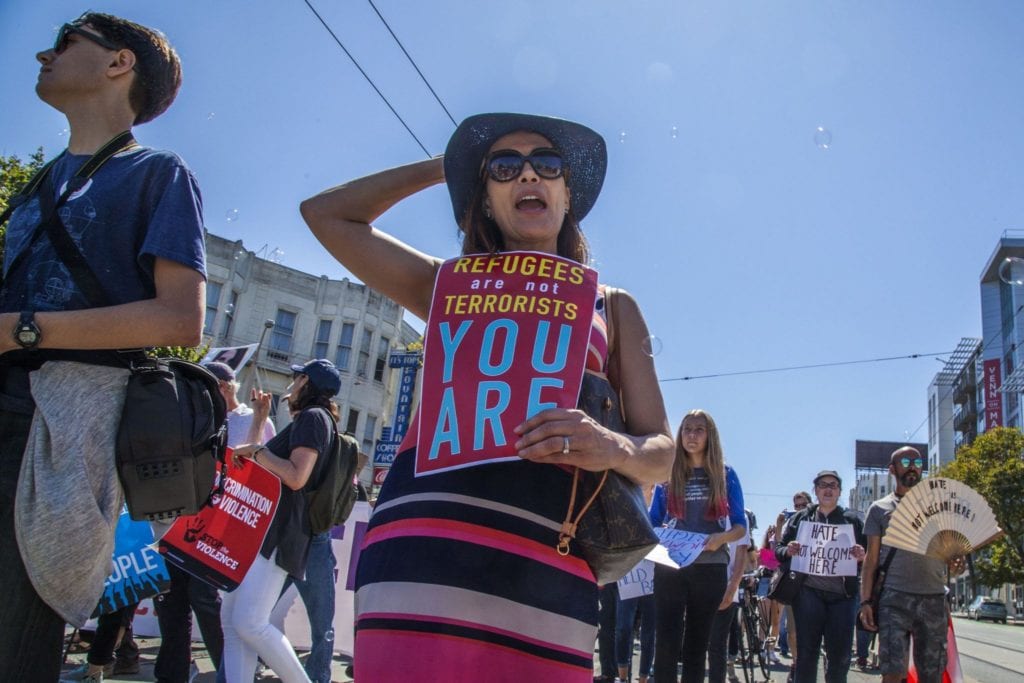 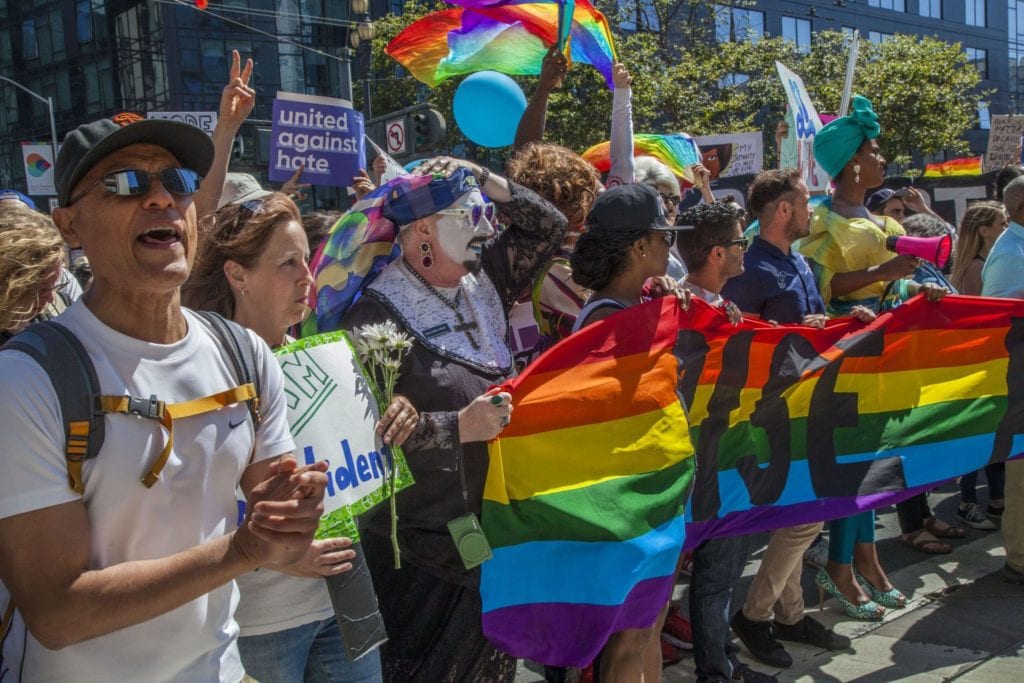 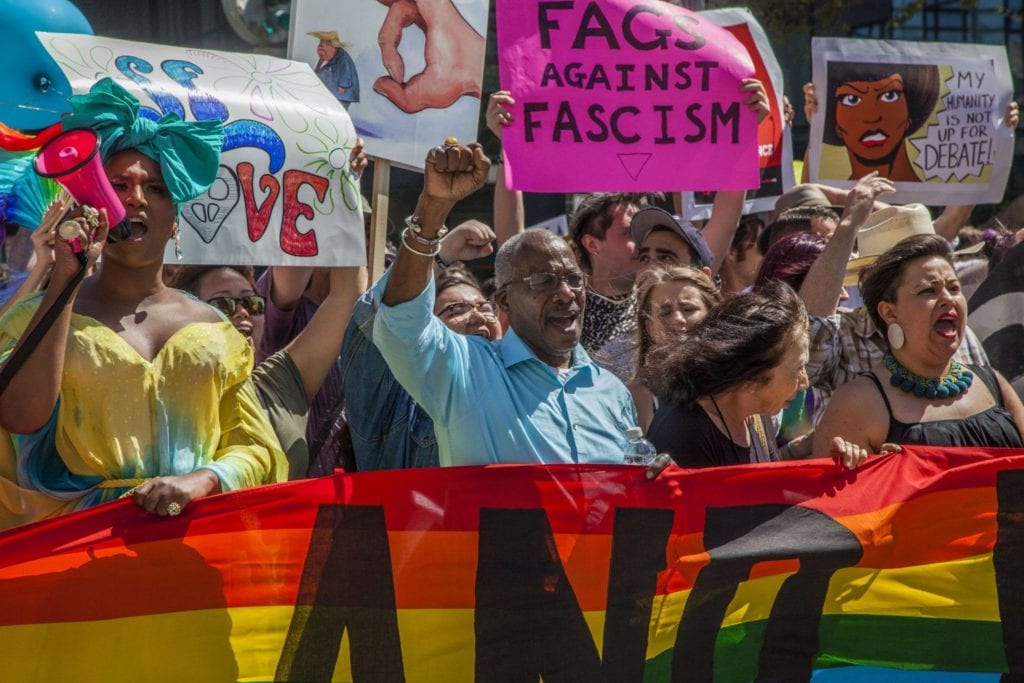 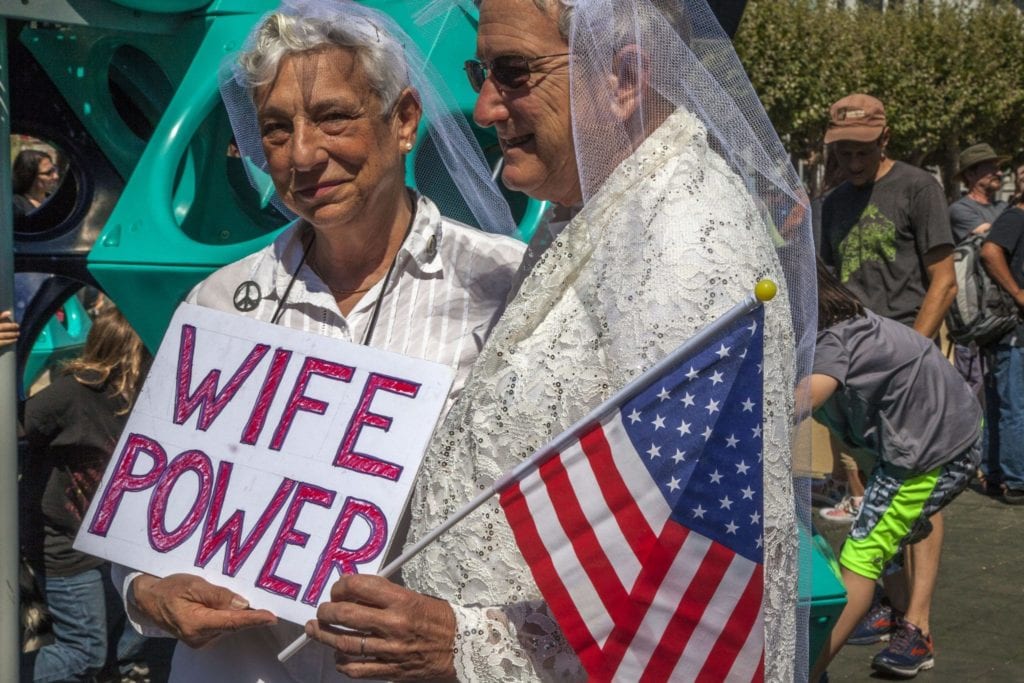 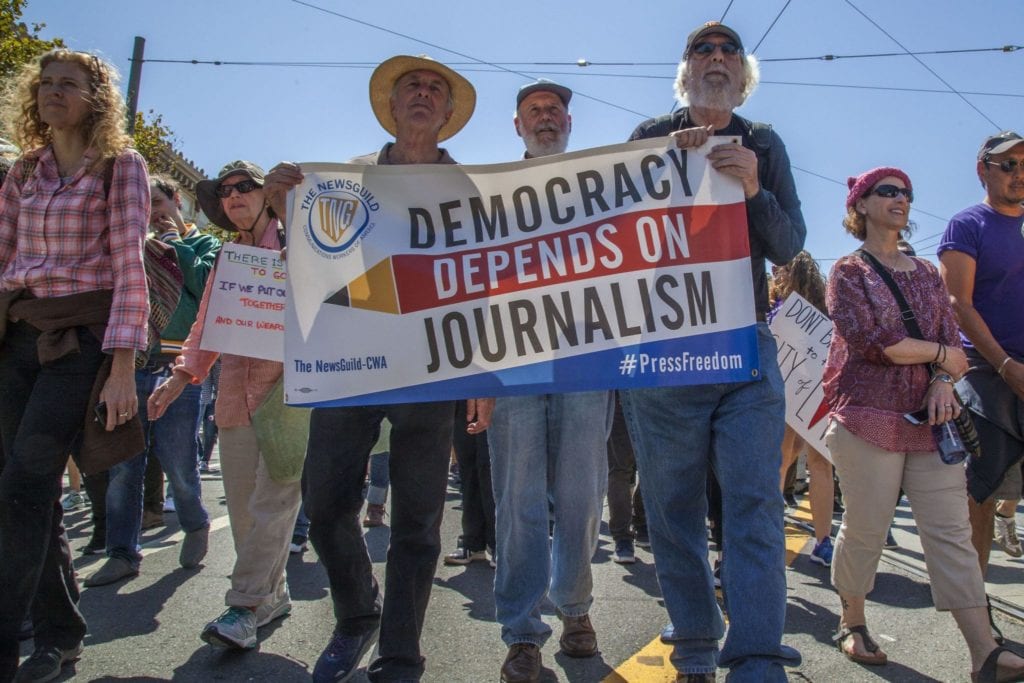 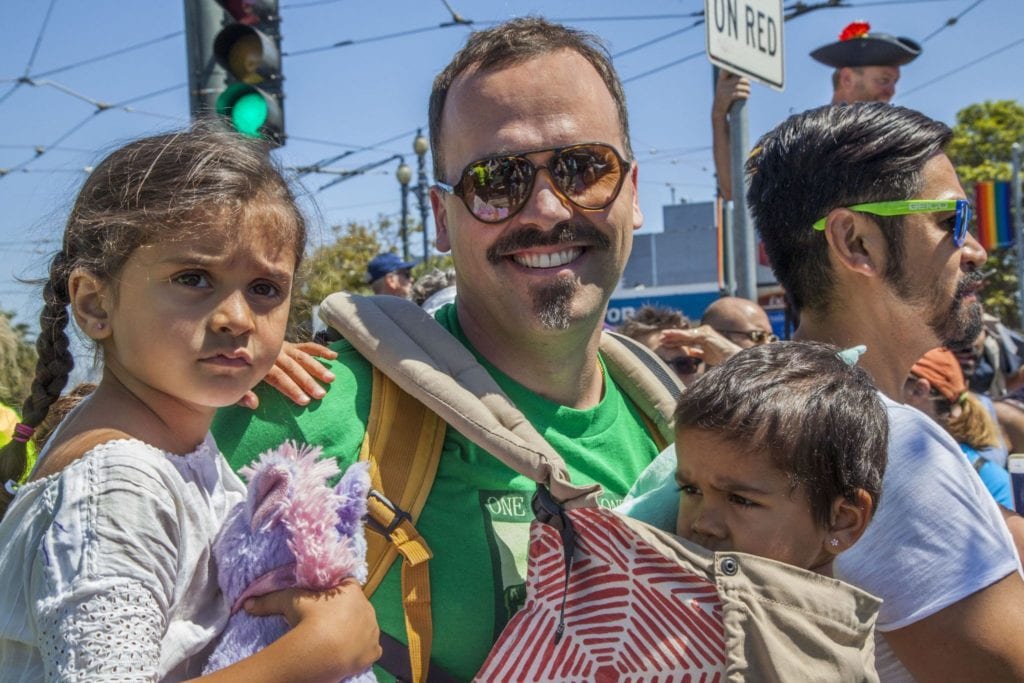