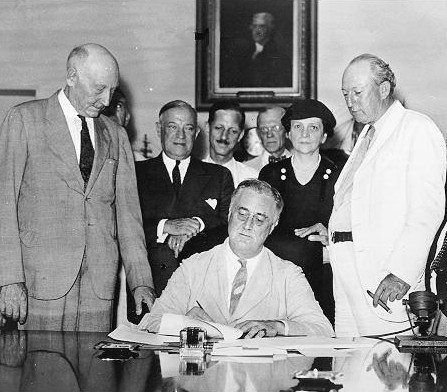 As Janet Heinritz-Canterbury of the California Alliance for Retired Americans explains it, retirement in America has historically rested on a three-legged stool – the pension from  your job, income from your own investments and assets, and Social Security.

But where are most Americans today in their ability to even contemplate retirement?  Most of us no longer get pensions from our jobs; what investments we may have are losing money while home prices have declined; and now some members of Congress and possibly President Obama are out to substantially lower Social Security benefits.

According to the American Association of Retired People (AARP), a frightening 35 percent of Americans over 65 currently rely only on Social Security (an average person gets benefits of $14,000/year) to survive.  On January First of this year and continuing for the next 19 years, an additional 10,000 people A DAY will be turning 65.  Our nation could be facing an explosion of old-age poverty.

So why, I wonder, aren’t people up in arms about efforts to dismantle (or at least weaken) Social Security that has been contemplated by the Congressional “Super Committee”?  Is it that no one thinks they’ll ever get old?  Or is it, as some have suggested, that opponents of the program have already convinced most youngish Americans that Social Security is fatally flawed and won’t be there for them anyway?

When Social Security was begun in 1935 it was seen as an income support for working families who previously were responsible for supporting their aged parents.  It’s essentially an insurance plan into which we and our employers each pay 6.2 percent of our salary that later pays monthly benefits based on our lifelong earnings.  It is our money supporting ourselves and each other in a “we’re in it together” approach.

According to Greg Akili of Social Security Works (and a California state assembly candidate), there are a variety of proposals to weaken the program now on the table including tinkering with the cost of living adjustments, raising the retirement age to 70, and instituting a means test that would turn it into a welfare program — with all that implies.  Proposals to strengthen Social Security include raising the cap on annual income that is taxed for the program from $108,000 to $150,000.  This particular change alone would keep the program solvent for the next 75 years.

To stay informed and get involved in efforts to protect this important leg of your retirement stool, sign the petition to protect Social Security for yourself and your generation.

Trucking Industry Exposed for “Ripping Off” Workers and Tax Payers