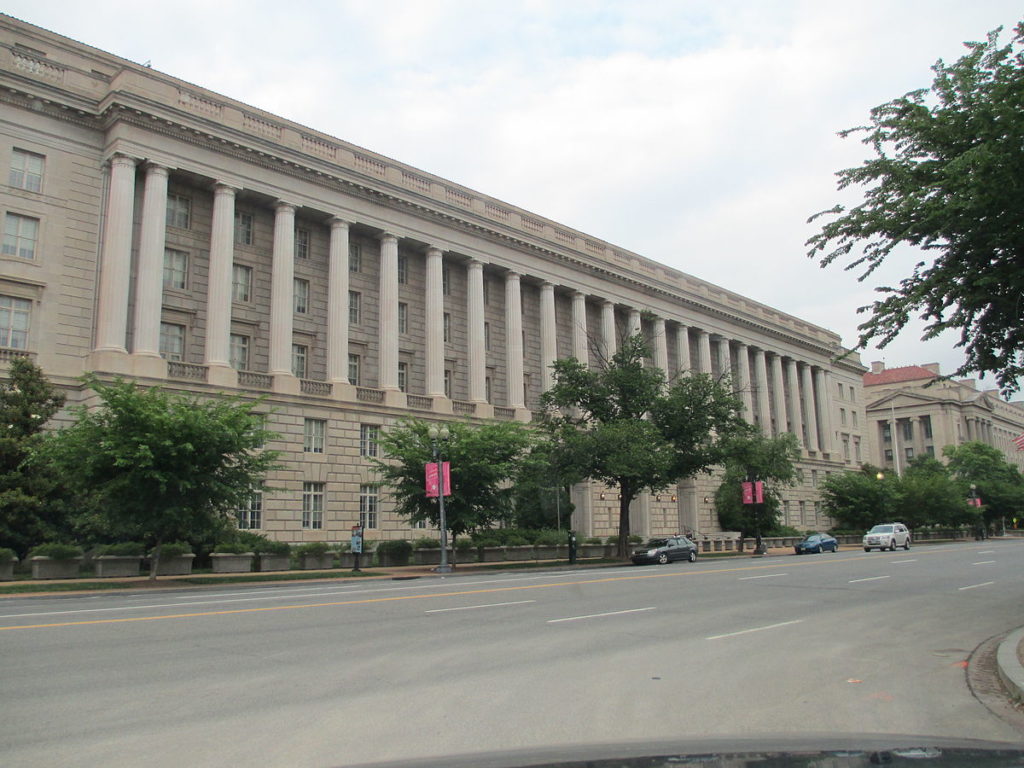 Congressional analysts say that for every $2 spent on tax enforcement, the government could expect to reclaim more than $5 in unpaid taxes.

The federal government could raise more than $1 trillion in new revenue by beefing up tax enforcement and by cracking down on carbon emissions, according to congressional budget analysts. Those two moves alone could help finance progressive lawmakers’ Green New Deal, or they could cover the lion’s share of the cost of the massive infrastructure investment package proposed by President Donald Trump.

The data was included in a new report by the Congressional Budget Office released Thursday.

The study found that if lawmakers reversed recent budget cuts to the Internal Revenue Service, the agency could recover tens of billions of dollars in revenue that is owed to the government — but that is not being paid. If the agency’s budget were increased by $20 billion over the next 10 years, the CBO says auditors would be able to reclaim more than $55 billion that could be used to shore up federal programs or reduce the deficit. Put another way, the analysts said that for every $2 spent on tax enforcement, the government could expect to reclaim more than $5 in unpaid taxes.

“Many taxpayers who are not compliant under the current tax system would pay the taxes they owe” if the enforcement budget is increased, the CBO said.

A recent ProPublica investigation found that as lawmakers have slashed the IRS enforcement budget in recent years, the agency has had far fewer resources with which to scrutinize the tax returns of corporations and high-income individuals. In all, the news organization estimated the IRS has not collected $95 billion in taxes that it may have otherwise collected, had Congress given it its previous level of enforcement resources.

Audits of the wealthy and corporations have steeply declined at the same time the agency has begun withholding tax refunds for recipients of the Earned Income Tax Credit. The decreased scrutiny of the wealthy and tougher posture toward the poor has occurred even though CBO notes that “the amounts collected from audits of higher-income taxpayers are, on average, much larger than collections from audits of taxpayers with lower income.”

A 2015 Inspector General report urged the IRS to focus more of its limited enforcement resources on high-income filers.

“It appears that the IRS is spending most of its audit resources on auditing tax returns with potentially lower productivity,” the report concluded.

The CBO noted that stronger enforcement would not necessarily halt tax cheating over the long haul.

“Taxpayers would gradually become aware of some of the changes in the IRS’s enforcement techniques associated with the initiatives,” the analysts wrote. “In response, they would shift to other, less detectible forms of tax evasion.”

In a separate part of the report, the CBO says a $25 per metric ton tax on carbon emissions would raise roughly $1.1 trillion over the next 10 years. That calculation factors in both the possible costs of the tax from potentially reduced economic activity and higher fossil fuel prices, as well as positive economic effects of the tax. In the first year alone, such a tax would raise $66 billion — or more than the budget of the entire U.S. Department of Education over the same time period.

“To simplify implementation, as well as to provide incentives to deploy technologies that capture emissions generated in the production of electricity, the tax could be levied on oil producers, natural gas refiners (for sales outside the electricity sector), and electricity generators,” CBO analysts wrote. “A well-designed tax that covered most energy-related emissions would be expected to reduce emissions.”

In October, ExxonMobil announced that it will spend $1 million to support an advocacy group that is pushing for a carbon tax.