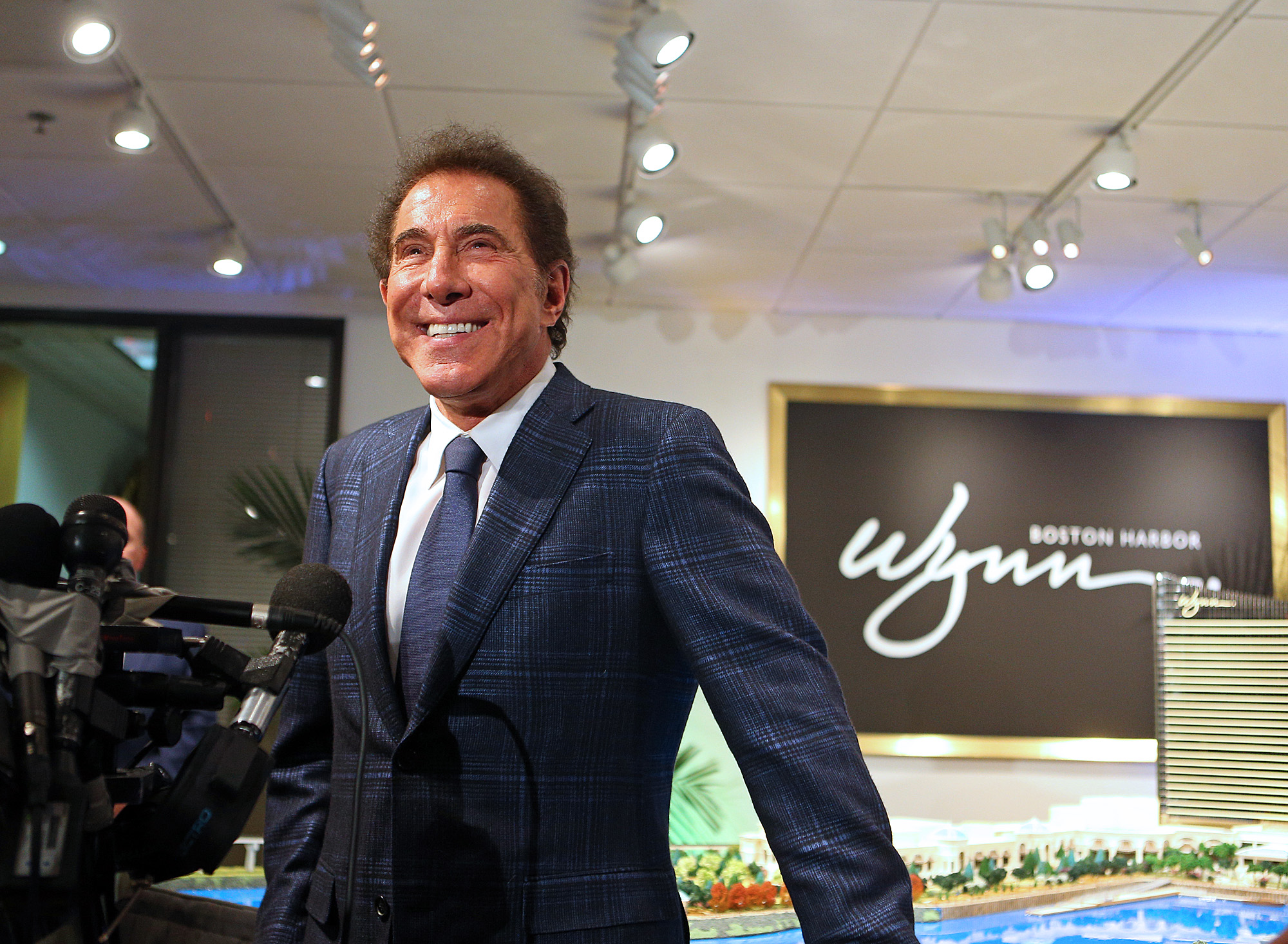 Steve Wynn’s mark on the Las Vegas Strip is hard to miss. He built opulent casinos that changed the skyline of Sin City. Now the longtime Republican donor is backing something much less glitzy: an election law group whose purpose is to make it harder to vote.

Billionaire Wynn is playing a key financial role in Restoring Integrity and Trust in Elections, a Virginia-based law group that launched over the summer. Among its leaders are political heavyweights Karl Rove, former Attorney General Bill Barr and Bobby Burchfield, who served as the Trump Organization’s outside ethics adviser. The group is one of a handful of legal organizations that are filing lawsuits and assisting plaintiffs seeking to restrict access to the ballot across the country, often by asserting states’ rights to control the time, manner and place of the voting process.

The organization’s launch came just as other Republican-affiliated groups were stepping up their efforts to restrict voting, according to a recently released report by Democracy Docket, a group led by Democratic elections attorney Marc Elias. They say there has been a five-fold increase in new lawsuits by GOP-affiliated groups since 2021.

The primary purpose of such GOP lawsuits is “to make it harder for people to register to vote, with the thinking that that’s going to benefit the Republican Party,” said UCLA Law Professor Richard Hasen, director of the Safeguarding Democracy Project, which launched in July. While the partisan impact of these lawsuits is unclear, “They help feed into the narrative that Democrats are trying to bend the rules in order to gain advantage,” he said. RITE’s emergence in 2022 follows a year of unprecedented productivity by Republican-dominated legislatures seeking to enact voting restrictions, according to the Brennan Center for Justice, a New York-based think tank.

As a nonprofit organization, RITE is not required to reveal its donors. Wynn, who is RITE’s national finance chair, did not respond to requests for comment. RITE staff members did not respond to requests for comment, either. Their July press statement says it is trying to restore “voter confidence in the electoral process,” and places most of the responsibility for that lack of confidence on “the left” rather than on the persistence of false claims of election fraud by Republican candidates.

A report by the group Democracy Docket found a five-fold increase in anti-voting lawsuits by GOP-affiliated groups since 2021.

“By defending the rule of law in the election process, RITE will both ensure that elections are conducted according to the rules and that voter confidence in the results is restored,” Burchfield said in a July statement, which blames the left and “some on the right” for “numerous often unfounded claims of election irregularities.”

Wynn has recently donated to those who have advanced such claims. He has contributed to Republican senatorial candidates J.D. Vance in Ohio and Blake Masters in Arizona, and given $250,000 to a super PAC that supports Missouri senatorial candidate Eric Schmitt. All are election deniers who have promoted the “great replacement theory” espoused by white nationalists. (Masters has recently scrubbed his website of some of its more controversial content.)

In August, Wynn, who is 80, donated $10 million to a pro-Trump super PAC that is attacking Democratic senatorial candidates. The PAC spent more than $900,000 supporting the campaign of Pennsylvania senatorial candidate Mehmet Oz, according to the Federal Election Commission. Like Oz, a majority of GOP nominees running for seats in Congress and for key statewide offices have “denied or questioned the outcome of the last presidential election,” according to a recent Washington Post analysis.

But to some observers, the difference is simply one of degree. “It’s a great strategy,” noted Rick Perlstein, author of Nixonland and a historian of the right. “It’s kind of like [saying], ‘We’re, you know, sensible people, a former attorney general, critics of Donald Trump. So take us seriously.’ When really, they’re working towards the same goals and probably with greater strategic acumen and expertise and efficiency.”

RITE has filed briefs advancing voter restrictions in courts in Montana, Florida and Wisconsin. An amicus brief filed in the U.S. Court of Appeals for the 11th Circuit supports a Florida law that, according to a spokesperson for the state’s nonpartisan League of Women Voters, “makes voter-registration drives, voting by mail and rendering basic assistance to voters in line needlessly difficult, resulting in voting suppression.”

RITE counted it as a win when a Wisconsin judge determined that state law does not allow election clerks to fill in missing information on the envelopes of absentee ballots.

In March, U.S. District Judge Mark Walker overturned the parts of the law that placed restrictions on dropboxes used for mail-in voting, new requirements placed on voter registration groups and a ban on giving water to people waiting in line. “At some point, when the Florida Legislature passes law after law disproportionately burdening Black voters, this court can no longer accept that the effect is incidental,” Walker wrote. His ruling is likely to be reversed by a higher court, according to UCLA Law School’s Hasen. (Indeed, the 11th Circuit ultimately issued a stay of Judge Walker’s permanent injunction, allowing provisions of the law, SB 90, to go back into effect.)

RITE has also filed an amicus brief in Moore v. Harper, a U.S. Supreme Court case that is expected to be heard this fall that many fear could lead to increasingly extremist swing state legislatures crafting election rules that could change the outcome of the 2024 presidential election.

RITE’s participation in legal battles over election rules has sometimes flown under the radar. “I had no idea that RITE had any involvement,” Jeffrey Mandell, the lawyer representing the Democratic Party of Waukesha County, Wisconsin, in a case involving what’s known as “ballot curing,” told Capital & Main in an email.

RITE counted it as a win when in September the Wisconsin judge sided with the GOP and determined that state law does not allow election clerks to fill in missing information on the envelopes of absentee ballots. That practice had been developed by a nonpartisan election board and wasn’t an issue until Trump’s allies raised it in their efforts to undo the results of the 2020 Wisconsin election, according to Mandell.

Mandell is concerned that there is a higher risk that “some people’s ballots will be subject to challenge or not be counted.” But that’s not the only problem with ending what has been an accepted practice by both parties. “It raises the public profile and concern about whether absentee voting is a safe way to ensure that your voice is heard in the election,” Mandell said.

Scot Mussi, president of the Arizona Free Enterprise Club, a right-leaning advocacy organization, sees things differently. “It should be easy to vote but hard to cheat,” said Mussi. “Most voters, when you ask them, ‘Would you like a system where it’s as easy as possible, or a system that ensures that their vote counts and has integrity,’ they always take the latter,” he added. Mussi worked with RITE to defeat an Arizona voting rights ballot measure this past August that would have enacted a suite of reforms, including same day voter registration, restoration of a permanent early voting list and prohibition of partisan audits like the one that took place in Maricopa County after the last presidential election.

Experts agree that voter fraud is vanishingly rare. “It just doesn’t happen very much. And there are safeguards in place that make it hard to do. This system, for the most part, works in preventing fraud,” said Hasen. He has documented how the closely fought 2000 Florida presidential election supercharged the election litigation industry and the GOP’s strategy to stoke fears of voter fraud.

“They’re playing with fire these days. That can have some very severe consequences for democracy when people don’t believe we have free and fair elections.”

Despite the widely viewed clip of Barr denouncing Trump’s election lies before the House committee investigating the Capitol riot, his record has actually been mixed. He repeatedly echoed Trump’s baseless claims about the potential for fraud connected to voting by mail leading up to 2020. In September, two months before the 2018 midterm, Barr went on CNN and made false claims of voter fraud in absentee ballots submitted in 2017 in Dallas County, Texas.

Ashley MacLeay, another RITE board member, cast doubt on the 2020 presidential election after the national media called Joe Biden the winner. She took to drivetime radio in Virginia on Nov. 12, 2020, to urge Trump supporters to attend a Million MAGA March in protest of the results. The marchers “want to confront Antifa. And hopefully, you know, at the end of the day, keep their current president in office,” she told host John Reid. The event was attended by militia groups like the Oath Keepers and the extremist Proud Boys, whose members would go on to be charged in the Jan. 6 attack on the Capitol, as well as by Republican members of Congress. The largely peaceful march was capped off by skirmishes with counterdemonstrators. MacLeay is also co-chair of the Republican National Committee’s Election Integrity Committee.

At least as far back as the mid-1990s, Rove was fomenting public outrage about voter fraud, a bare knuckle strategy he used to help his client win. His then candidate, Perry O. Hooper, successfully overcame a narrow loss in his race for Alabama Supreme Court justice with a heavily litigated recount that involved convincing a judge to disqualify absentee ballots.

Hasen sees an important distinction between Barr’s recent warnings about the potential for voter fraud and Republican candidates who say the last presidential election was stolen. Still, he said, “They’re playing with fire these days. That can have some very severe consequences for democracy when people don’t believe we have free and fair elections.”

Wynn’s relationship with Rove stretches back at least a decade. Rove attended Wynn’s 2011 Las Vegas wedding, where Trump was also a guest. Once a donor to Republicans and Democrats alike, including to Joe Biden in 2007, Wynn eventually soured on Barack Obama, whom he considered hostile to business. “Government has never increased the standard of living of one single human being in civilization’s history,” he told Fox News Sunday in 2009.

In 2018, the Wall Street Journal alleged a decade-long pattern of sexual misconduct affecting dozens of women that forced Wynn to step down as GOP finance chair and divest his holdings in Wynn Casinos. (Wynn denied the charges.) By 2020, he was once again a major fundraising force in the party, donating millions of dollars to candidates and super PACs. More recently, he’s faced a U.S. Department of Justice lawsuit for failing to register as a Chinese lobbyist. He had lobbied the Trump administration to extradite a Chinese asylum seeker from the U.S to China, where Wynn had business at the time.

In August, Wynn gave advice for the midterms while on a private fundraising call with GOP chair Ronna McDaniel. The Republicans needed to employ “hard-hitting kind of spots with a man’s voice, no soft pedal” that would tar Democrats as the party that would tax working people, according to a story in Politico. While it wasn’t clear to which tax policies he was alluding, he may have been referring to a provision in the Inflation Reduction Act that boosts funding to the Internal Revenue Service, a frequent line of attack by Republicans. That provision is meant to target wealthy tax avoiders.

Six Things Corporations Can Do to Not Undermine Democracy