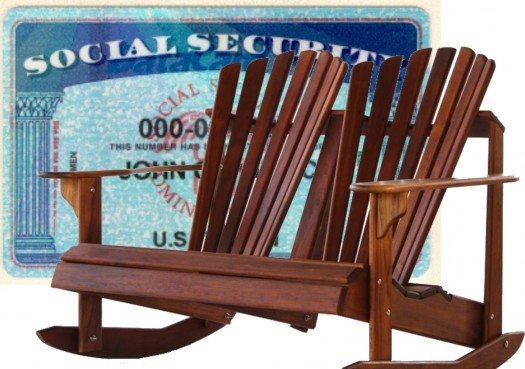 Four years ago I retired from active ministry in the United Methodist Church. My wife Susan and I now live a comfortable, middle-class life based upon the three pillars of retirement. We both receive Social Security. We get a monthly check from my pension plan. We hold some savings. But that’s not true for most Americans.

Yes, retiring workers can look forward to Social Security if they have paid into it. But that automatically excludes some. Government employees, for example, get pensions, but not Social Security. Undocumented workers may have the Social Security tax deducted from their paychecks, but the funds likely go to an account that does not bear their names – therefore, they will not get those payroll taxes returned to them when they age into eligibility.

Besides, Social Security was from the beginning expected to provide supplemental income only, not the sole basis for a livelihood. Today the average annual Social Security payment is $14,780 for a single person, and $22,000 for couples. That’s not much to live on in a region with among the highest housing costs in the country. On the other hand it is a chunk of monthly change that we count on, it arrives on time and it increases with inflation, or close to it. Not a bad deal at all.

Since Social Security only supplements retirement incomes, working families also need to receive pensions as part of their compensation. Just 25 years ago that was taken for granted. Back then some 80 percent of large employers offered what is known as a “defined benefit plan.” Fortunately for me, the denomination I served for 40-plus years still does, but for most employees that is no longer the case. Today only about 30 percent of large employers provide such a plan.

Instead, employers have been shifting from a pension to a deferred tax savings plan, better known as the 401(k). This change has been touted as more flexible, making workers more self-reliant and captains of their own destiny. What it actually does is push the burden of retirement from the employer to the individual – and it is not working well. Half of all workers have set aside nothing for retirement. Heck, even among financial planners – the people who tell us all how to manage our money – fewer than half have a retirement plan. Of course if you have a 401(k), these accounts require a stable economy and recessions wreak havoc on them. Reach retirement age at the wrong time, and you may not have much to rely on. Even if you miss a downturn, the financial industry notoriously skims its fees off the top, reducing your nest egg.

Furthermore, it is unlikely you will reach retirement with enough salted away to support your current lifestyle. Experts say that a middle-class family needs about $900,000 in a retirement account. Most Americans have about $78,000 set aside – not much to supplement a Social Security check. Of course employers are not exactly helping. They are supposed to match what the employee saves, but instead they are cutting their portion or decreasing maximum matches.

Beyond relying on chancy 401(k)s, only a minority of employees have any savings for other emergencies. In a recent survey, 27 percent had no savings at all, and 71 percent did not have the recommended six-month’s worth. That’s why even people who have a 401(k) plan end up borrowing from it. Some 29 percent say they have taken money out, and 44 percent say they regret it. Worse yet, nearly half of all American families die with less than $10,000 in financial assets. That’s a bitter truth.

Such a reality doesn’t lead to much of a retirement. Almost eight million retirement age workers were still employed last year. Only 17 percent think they will not work after they retire. A quarter of Americans expect to work until age 80 to make ends meet. Half of the 20 million retirees cannot afford basic needs now. A recent Harper’s magazine profile described fleets of seniors living in motor homes, traveling from one seasonal job to another – from scrounging holiday jobs at an Amazon warehouse to taking tickets at NASCAR races to guarding gates at Texas oil fields.

We’re not talking “snow birds” here. We are talking people who still must work because their employers did not provide retirement benefits making Social Security viable. Meanwhile, many of these same employers lead the attack against the only stable and reliable retirement plan most Americans have. I can assure you that, as a retired couple, when we pay our bills each month, we happily accept our pension, but we are just as grateful for that national program. So happy 79th birthday, Social Security. May you survive for generations to come.

Related Topics:PensionsRetirementSocial Security
Up Next