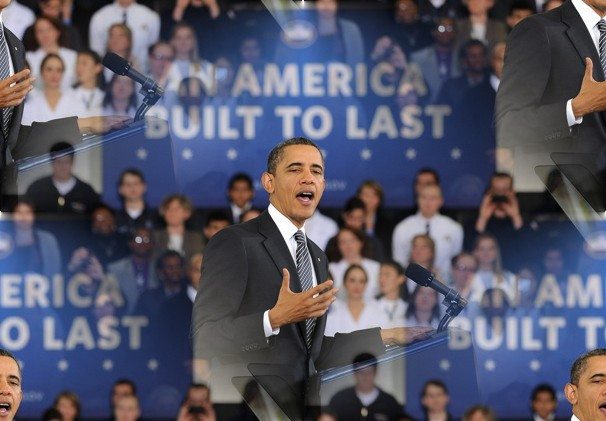 (Note: Brian Beutler’s post first appeared on Talking Points Memo. Frying Pan News presents it here as a snapshot of the Congressional fight over the future of America’s social safety net and does not intend it to be an endorsement of one political party or criticism of another.)

The GOP’s accession to reality on the payroll tax cut is being cast as a key victory for Democrats and President Obama. Republicans caved, the payroll tax will almost certainly be renewed, and the economy won’t take a tough hit just as the recovery’s beginning to accelerate.

But it also reveals a flaw — a potentially huge flaw — in the conservative movement’s generational strategy to roll back the federal safety net.

These might sound like two wildly disparate issues, but they’re actually variations on a years-long theme. And the outcome of the payroll tax debacle bodes poorly for the GOP on the rest of their long-run goals.

For years and years, conservative elites have rested their hopes of shrinking the federal government, including its most popular programs, on the theory that if they just “starve the beast” — keep taxes low until the budget comes under enough strain that those programs have to be slashed — then Democrats will ultimately fold, rather than touch off a fiscal crisis.

Republicans have scrimmaged with this strategy over the past year. The debt limit fight was premised on the Republicans’ threat that they’d put the country’s creditworthiness at risk to force Democrats to agree to spending cuts. And Democrats basically caved.

Fast forward to the end of 2011, Republicans used the looming expiration of the payroll tax cut to demand further cuts to government services.

“There’s no debate about whether these extensions ought to be paid for,” House Speaker John Boehner said in November. But of course Republicans ruled out financing the payroll cut with a small tax on millionaires, and demanded they be paid for with spending cuts elsewhere in the budget.

When Democrats resisted, that strategy blew up in his face, the payroll tax cut nearly lapsed, and Republicans took a beating with the public.

So with the payroll tax cut set to lapse once again, the entire GOP leadership has backed off the demand that the policy be offset. Democrats weren’t going to let the GOP set the ground rules for that fight. And instead of entertaining the idea of even a small, temporary tax increase on wealthy people, Republican leaders have agreed to finance the payroll tax cut with yet more debt — over the strong objections of their own members.

Tax cuts, and benefit programs are different beasts, and that’s why Republicans have agreed to isolate the payroll holiday from other expiring provisions. But the key is that when Republicans recognized that the public was wise to them — that their tactics were putting a popular policy in jeopardy — they backed off.

The same dynamics govern the longer fight over programs like Medicare and Social Security. At some point in the months and years ahead, when policymakers are forced to weigh cuts and big reforms to those programs against higher taxes on the wealthy, Republicans will stand to own the consequences, if they push revenues off the table.

What Democrats have to do is remember how they won the fight over the payroll tax cut, and stick to the same playbook.