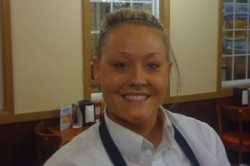 I am a tipped worker at a restaurant, so according to Illinois law I only have to be paid 60 percent of the minimum wage, or $4.95 an hour. I am a single mother with a five-month-old son. I am worried because with the economy going so badly, people aren’t eating out as much or tipping as much. If things get worse and I can’t rely on my tips, then I am going to need to use things like food stamps. I am not able to save any money because I am living paycheck to paycheck, so if something unexpected happened I wouldn’t know what to do. We need this new law to raise the minimum wage because it would change the law for tipped workers so that they would get 100 percent of the minimum wage. We shouldn’t have to depend on something as unreliable as tips to survive. I have been working at McDonald’s for two years and it is very difficult to make ends meet on only $8.25 an hour. My wife and I raised our kids on minimum wage salaries and it was very hard for us to support our family and pay for basic needs like clothes and food. Right now we are dependent on food stamps because the cost of living is so expensive. Since the cost of living has kept increasing, I believe that the minimum wage should increase as well so that people can at least make enough money to survive. 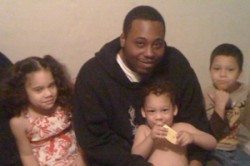 I am a minimum wage worker at a restaurant and trying to provide for my family on a minimum wage salary is really tough. I have a fiancé who makes minimum wage as well. We have three children and our paychecks combined barely cover the necessities like a roof over our heads, gas and lights, and clothes for the kids. We wouldn’t be able to make it without government assistance like food stamps and a medical card. There is constant stress because we are living paycheck to paycheck and never have enough money. Everyone needs help sometimes, especially since the economy is so bad and it has made life even harder for working people. This isn’t about needing more money for luxury things, we need a raise in the living wage in order to survive. 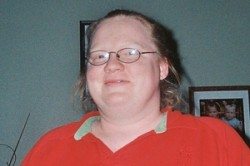 (Republished with permission from NELP‘s Raise the Minimum Wage project.)

The Full-Time Worker: A Vanishing American