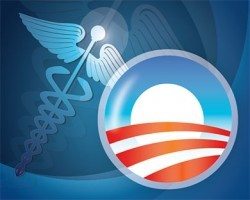 One of the biggest issues that the Affordable Care Act (ACA) is meant to tackle is the lack of health coverage among low-wage workers. While there is good news for many low-wage workers in the new law, many others will still find themselves locked out of access to affordable coverage. Solving their concerns will be one more part of the huge challenge of confronting the power of mammoth low-wage employers in the new economy.

There has been a lot of coverage about the potential for fast food chains and other employers to cut the hours of some of their employees to under 30 a week in order to avoid having to offer them health coverage. To the extent that employers do cut back hours, it will accelerate a long trend toward part-time low wage work; part-timers increased from 17 percent to 22 percent of the workforce just from 2007 to 2011.

The surge in part-time work is one aspect of the broader increase in low-wage work. Most of the jobs coming out of the recession are low-wage, which has hastened a trend going back 30 years of a growing number of low-wage jobs with no health benefits. The powerful eroding of good jobs is the greatest threat to broadly-shared economic prosperity. It destroys any promise of people living a middle-class life style, creates a two-tiered society, and undercuts the consumer buying power needed to move the economy forward.

Enter Obamacare. The good news in the ACA for low-wage workers who work for small employers (those with fewer than 50 full-time workers) is that many will have access to affordable health coverage for the first time through the new health insurance marketplaces. They will be able to sign up for subsidies that limit how much they pay in premiums to a percentage of their income and get plans with good benefits and moderate out-of-pocket costs. Those with incomes below 133 percent of the federal poverty level (about $15,000 for an individual) will be eligible for Medicaid in states that agree to expand coverage.

But for those who work for bigger employers – and some two-thirds of minimum wage jobs are at employers of 100 or more – it is not clear whether the ACA will deliver on its promise of affordable coverage. Ironically, part-time workers may come out ahead, with a much better chance of affordable coverage, while full-time low-wage workers may find coverage out of their financial reach.

Millions of people who don’t work more than 29 hours a week for any one employer will be eligible for affordable subsidized coverage through the new marketplaces. And even if employers trim back some workers’ hours to get below the 30-hour mark, those workers may end up better financially and gain affordable coverage for the first time.

There will also be some employers who increase the hours of part-time workers to above 30 a week, as the Cumberland Farms stores, which employ 4,500 full-time workers and 2,700 part-timers, plan to do. Noting that full-time workers stay with the business three to four times longer than part-timers, the Cumberland Farms CEO explains, ““Longer-tenured workers deliver a better experience for the customer.” According to the payroll-processing firm ADP, other businesses are also likely to encourage more workers to become eligible for employer coverage.

But it is not at all clear that full-time low wage workers for bigger employers will be able to get affordable coverage. That is because the big business lobby exercised its muscle in shaping the ACA in the Senate Finance Committee. All the law requires is that employers offer individual employee health coverage that does not cost more than 9.5 percent of an employee’s income in order for the business to escape paying a $2,000-to-$3,000 penalty. In addition, the ACA allows employers to offer plans with very high out-of-pocket costs.

Make no mistake about it; 9.5 percent of wages is a lot for anyone to pay for health insurance, and it is a huge amount for low-wage workers. By comparison, an employee who makes $12 an hour and works a 35-hour week would pay about six percent of his or her income on health insurance in the new marketplaces, for coverage which is almost certain to have better benefits and lower deductibles and co-payments.

And here’s the kicker: As long as a worker is offered the less-than-9.5-percent-of-income coverage at work, that worker is not eligible for the much better coverage in the marketplace. And if the worker decides that she can’t afford the premiums, she will be have to pay a penalty for not being insured.

Putting this all together, here is what health coverage for low-wage workers may look like after a couple of years of implementation of Obamacare: Good coverage for those who work for smaller businesses and who don’t work more than 29 hours a week for any one employer, but either no coverage or coverage that is costly to buy and to use for many people who work more than 30 hours a week for the biggest low-wage employers in the country.

Seen in this light, Obamacare is one more step toward both improving and exacerbating the low-wage work crisis in the nation. The movement away from employer-provided health coverage is a huge step forward in creating a more just health care coverage system. But justice for low-wage workers at big businesses will mean confronting the power of companies like Walmart, McDonald’s, and Bank of America (with its low-wage tellers). This is the same challenge we face in taking the other steps needed to modernize labor standards for the 21st Century: a higher minimum wage indexed to inflation, paid sick days and family leave, and overhauling labor laws so that workers’ rights to form unions are restored. It is fast becoming central to the fight for a new economy that works for all Americans.

(Richard Kirsch is a Senior Fellow at the Roosevelt Institute, on whose Next New Deal blog this post first appeared. Republished with permission.)