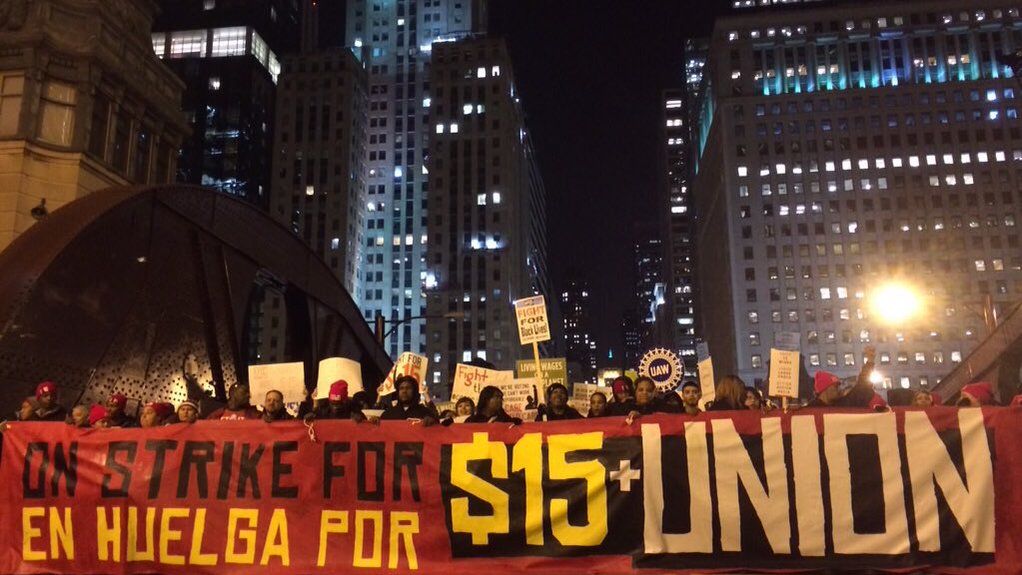 Last night’s Republican debate got underway following a day of national demonstrations in favor of raising the American minimum wage to $15 an hour — a day of protest accompanied by nothing-to-lose strikes by fast-food workers. The debate began with a question about raising the minimum wage. The first candidate to speak said America’s wages were, in fact, “too high” and that the current federal minim wage of $7.25 has to stay where it is.

The second presidential hopeful argued that the reason there are high unemployment rates among young African Americans is “because of those high wages.” The next candidate followed by calling the minimum wage “a disaster” for the 20th century and predicted catastrophe for the 21st should the day come when higher wages “make people more expensive than a machine.”

For a moment it looked as though the debate would become a contest to see which candidates would lower the minimum wage the most. But the momentum is actually headed in the other direction, thanks to the efforts of thousands of grassroots activists and the state and local governments they’ve prodded into drafting wage legislation. Consider just a few recent developments:

In fact, by the time Tuesday’s debates had begun, New York Governor Andrew Cuomo had already announced earlier that day that New York was raising its minimum wage for state employees to $15 an hour by 2021 – a national first for public sector workers. If anything, the next president will find higher minimum wages in more places across the country as he or she takes office – and that’s not debatable.

(Photo: Fightfor15
Related Topics:2016 ElectionsFight for 15Minimum Wage
Up Next

Fight for $15: A Big Movement Gets Bigger Tuesday