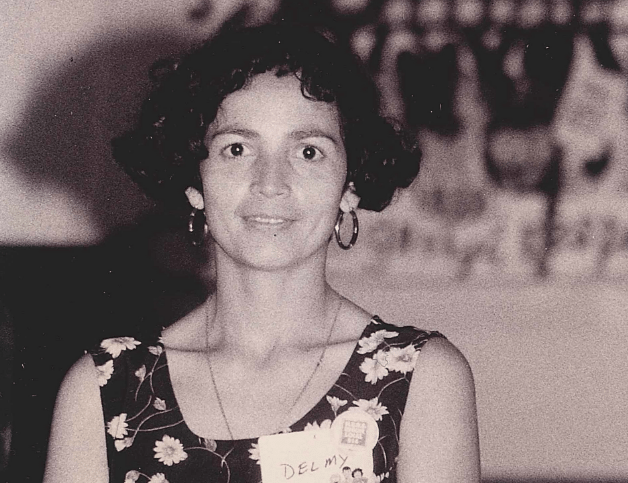 On Election Day, I joined a group of housekeepers at the end of their shifts on a small street behind Le Merigot Hotel, a luxury beachside resort in Santa Monica. These women had decided they wanted a union and announced their desire to vote for one in a National Labor Relations Board election. In order to win representation, a majority of the workers employed in the housekeeping department had to vote in favor of the union. I was there with other local residents to show my support for their organizing efforts and to stand with them if their employer started to frighten or discourage them.

Unbeknownst to the mostly immigrant hotel workers that day, they were following in a tradition begun by a diminutive Salvadoran woman, Delmy Falla, who was a model worker at the then-Santa Monica Miramar Sheraton Hotel back in the mid-1990s. Falla, who died October 10 at age 49 after a long illness, was one of those employees who worked hard, never was tardy, won employee of the year and had a personnel file that was “clean and pure,” according to UNITE HERE hotel organizing director Kurt Petersen, who knew Falla well. 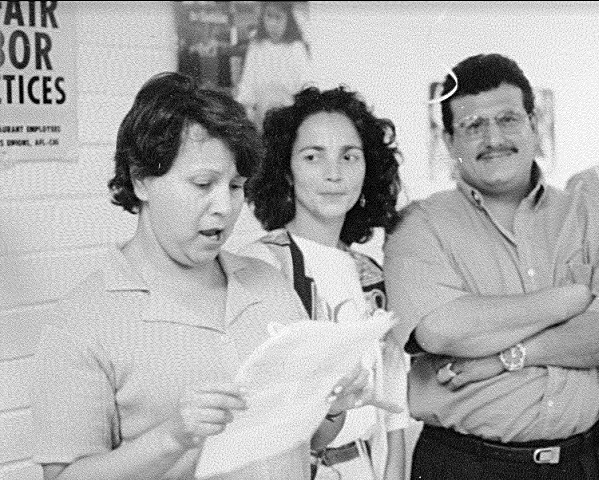 “She was a bright light who everyone loved,” said former community organizer Stephanie Monroe Napoli, who feels there was no other person who was more important in organizing hotel workers in Santa Monica.

“My mom was always all about rights,” said Falla’s son Jose Luis. “[She taught me that you] always have to stand up for yourself, no matter what.”

The labor battles in Santa Monica became a national flashpoint in the emerging debate over living wages and working poverty — issues that echoed in our recent presidential election nearly two decades later. Back in 1996 there was only one union hotel in Santa Monica, while the tourism industry was growing by leaps and bounds with mostly low-wage jobs. The Miramar Sheraton pushed for an election in which employees would decertify the union and kick it out of the hotel. Even though union benefits at the time were modest, employees led by Falla decided to take a stand.

Not long after the organizing began, Falla was fired for allegedly injuring a 6-foot-3-inch security guard, vindicated and reinstated two years later by the Labor Board, fired again when she came to claim her job, and then brought back when the union ultimately prevailed. “Despite all the intense losses, throughout Falla always held her head high even through the tears,” said Napoli. According to union director Petersen, “Delmy represented the hope that they’d win and things would change. Her presence permeated the whole workplace.”

Community activist Abby Arnold credits Falla with giving her a sense of what the work is that hotel housekeepers do every day. “Delmy was the first to give me an idea of the backbreaking nature of hotel housekeeping work,” said Arnold. “[I realized that] this person I’m holding hands with just cleaned all those rooms and made all those beds and still has the energy to organize.”

“When you looked at her, tiny and thin, you thought, no threat here,” said former Santa Monica Councilmember Paul Rosenstein. “But she was so strong. Like Fannie Lou Hamer, who rose up from the ranks [in the Mississippi Freedom movement], she became an inspiring leader.”

The housekeepers at the Le Merigot Hotel won their election on November 15 – the type of victory that could become nearly impossible to achieve under the incoming Trump administration, which is widely expected to target both unions and immigrants. Now they and UNITE HERE will work to negotiate a good contract with hotel management, usually another challenge. Santa Monica community and city council members, first inspired by Delmy Falla, will stay engaged until the housekeepers secure the wages, benefits, work rules and respect that they deserve.

“It’s amazing how much one person can accomplish in their lifetime,” said Napoli.