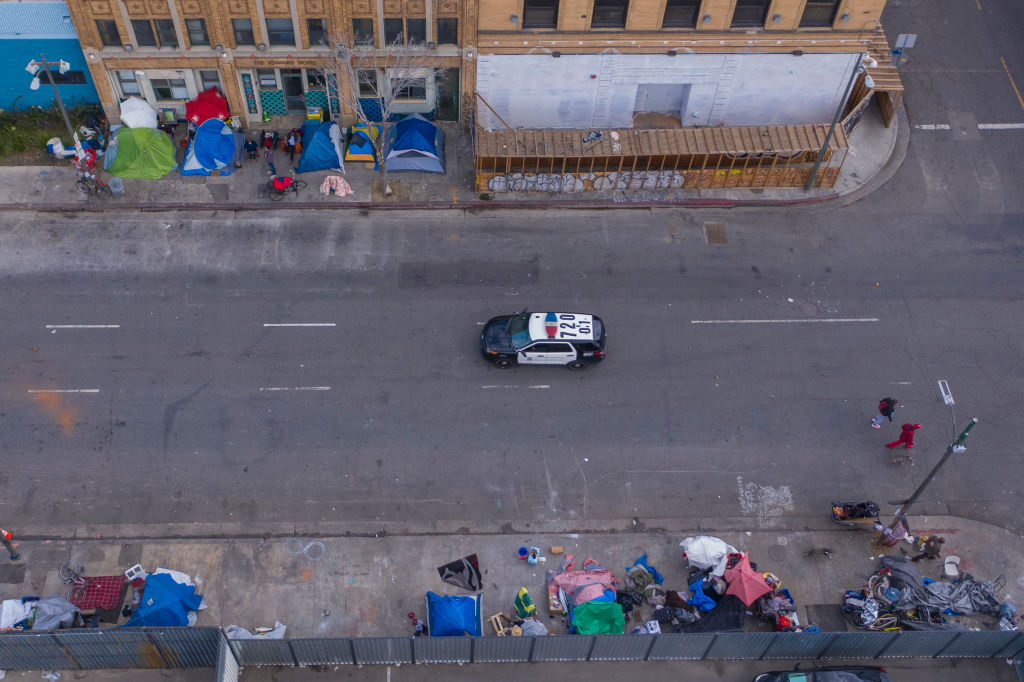 It sounds like a trick question: How do you shelter in place when you have no “place”? For California’s exploding homeless population – and for those racing to blunt the impact of the novel coronavirus as it sweeps through the state – it is a question in desperate search of adequate answers.

After a week filled with private negotiations and public pronouncements, the state appears little closer to those answers. And while one of the most obvious potential solutions – commandeering nearly empty hotels to use as temporary housing – remains maddeningly elusive, the state’s estimated 150,000 homeless continue to be at high risk for both contracting and spreading the disease.

“It is grossly unacceptable to have so many of our folks living on the street when we are being told to shelter in place,” Matt Haney, a member of San Francisco’s Board of Supervisors, said in a telephone interview. Haney represents District 6, which includes the city’s blighted Tenderloin area.

Haney and others have been pushing San Francisco officials to work with hotels to free up badly needed space. The city has an estimated 33,000 hotel rooms, but the current occupancy rate is only 5 to 7 percent – down from its normal 80 to 85 percent levels. “This means we have approximately 30,000 empty rooms,” tweeted District 9 Supervisor Hillary Ronen.

Little concrete progress had been made by Sunday, however, despite the city’s shelter-in-place order. Volunteer groups were walking the streets over the weekend, handing out tents and bedding to some of the estimated 8,000 unhoused people who pack the seven-square-mile city. 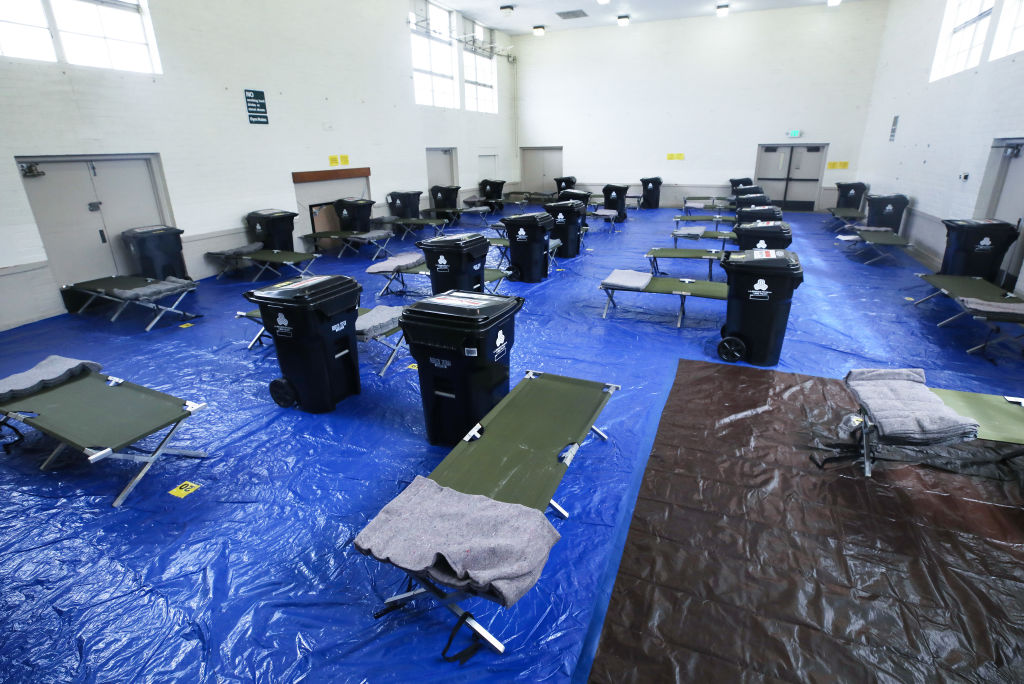 California Gov. Gavin Newsom has committed $150 million in emergency funds to help the homeless, and he says the state is negotiating with hundreds of hotels to provide temporary shelter or quarantine space. But in Los Angeles County, where the unhoused population is put at roughly 60,000, only one hotel – the 244-bed Sheraton Fairplex in Pomona—has so far agreed to such an arrangement.

Haney said the point isn’t just to get the homeless off the street in the time of coronavirus; it’s also to allow city and county shelters to reduce their capacity to safer numbers – and to where physical distancing is even possible. In most homeless shelters around the country, beds or cots are packed tightly together; one Phoenix facility last week began sleeping people head to foot in an attempt to lessen the overt risk of virus transmission via coughs and sneezes.

Santa Clara County’s sole coronavirus death so far has been an unhoused person, but medical experts and authorities working on COVID-19 believe it is only a matter of time before the disease sweeps through homeless encampments. Mel Tillekeratne, a leading advocate for the homeless in Los Angeles, said people in those encampments were “beginning to feel the fear” over the virus, especially since they lack such basic necessities as someplace to wash their hands or access to hand-sanitizing products to help prevent its spread.

Recognizing that help may be slow to arrive, the United Way of Greater Los Angeles announced the creation of the Pandemic Relief Fund, with donations being used, in part, to provide materials and supplies to support street medicine and outreach teams in L.A. County. At this point, getting care to citizens as they live on the street – and appear destined to remain there – may be the most directly effective means of combating the spread of COVID-19 among them. 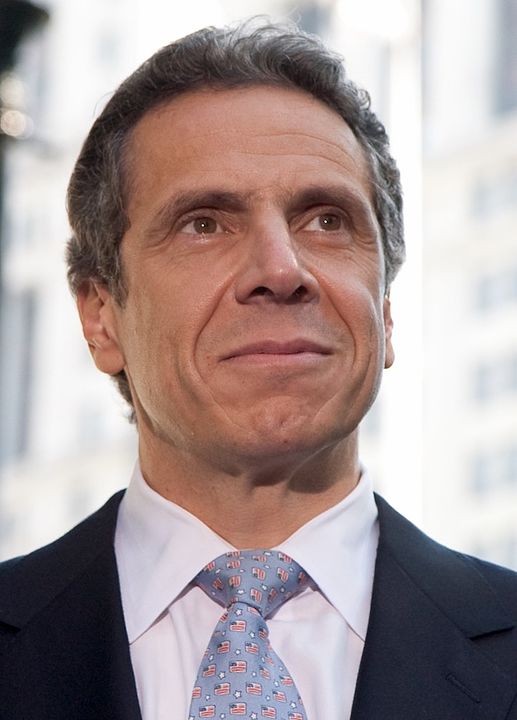 When President Trump approved “major disaster” declaration requests from New York, California and Washington state, he unlocked a federal provision of which many people likely are unaware. They’ll become familiar with it soon.

The Disaster Unemployment Assistance program could prove critical to workers who find themselves unqualified for traditional unemployment insurance (UI) in their respective states. They may be self-employed, misclassified as something less than full-time employees, lack an earnings history to qualify for traditional UI or are simply out of unemployment benefits. In this case, the feds may provide what the state does not.

New York Gov. Andrew Cuomo was the first to make the disaster request. Trump’s approval was also a first: Never before had a U.S. president declared a “major disaster” over a public health threat. Historically, states received the designation following natural catastrophes like earthquakes, hurricanes and tornadoes.

Disaster Unemployment Assistance runs on a parallel path with traditional UI. However, its existence is significant. In his letter requesting federal assistance, Washington Gov. Jay Inslee noted that his state witnessed a 150 percent increase in unemployment applications – in one week.

One reason that hotels are being prominently mentioned as possible locations for emergency housing, shelter or quarantine space across the U.S.: They’re practically empty. And, it should be noted, the fallout to their hourly wage workers will be severe.

In research conducted for the American Hotel and Lodging Association, Oxford Economics said that nearly half of all hotel employees across the country have lost or are projected to lose their jobs in the coming weeks. That number could rise above 1 million, the study found.

“The impact to our industry is already more severe than anything we’ve seen before, including Sept. 11 and the Great Recession of 2008 combined,” said Chip Rogers, president and CEO of the AHLA. The association and several hotel CEOs met with President Trump and members of Congress last week to ask for assistance.

While San Francisco’s occupancy rate is startlingly low, the AHLA said hotels were also less than one-fifth full in significant markets such as Seattle, Austin, and Boston.

Nurses in Seattle and throughout Washington were thrown onto the front lines of medical defense as the number of coronavirus cases exploded in that state. They are now receiving some protections as they work in difficult conditions and, often, move from one hospital or medical facility to the next on short notice.

Ruth Schubert, communications director for the Washington State Nurses Association, said by email that the union was pushing to get agreements with the hospital systems where its nurses work. By Monday, the WSNA had agreements with both CHI Franciscan and MultiCare. The agreements, struck in partnership with other unions that represent health care workers, provide paid leave for workers who become quarantined, allow those in the CDC’s at-risk group (over 60, or with an underlying medical condition) to seek alternative assignments, and add hourly bonus incentives to those who volunteer to be moved to other care facilities within a medical group.

Several health care systems in Washington have temporarily closed or consolidated offices and clinics in some areas in order to be better prepared for surges of COVID-19 cases in others. The WSNA has more than 17,000 members and says it represents the professional interests of more than 103,000 registered nurses in the state.