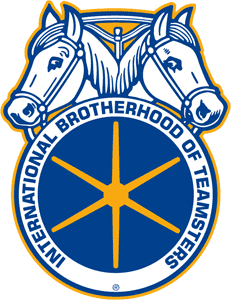 It took about a year of hard-fought organizing and several weeks of balloting, but Wednesday the vote tally spoke for itself: Nearly 70 percent of New Jersey-based port truck drivers employed by the Toll Group chose to form a union. The 112 truckers, who include long-haul drivers and hostlers that move trailers within Toll’s yards, have affiliated with Teamster Local 469.

Toll, an Australian-owned transportation and logistics industry giant, had only last year agreed to allow drivers at its Ports of Los Angeles and Long Beach facility to unionize with Teamster Local 848, capping a contentious struggle there. (The company’s Australian facilities have long been unionized.) Rather than learn from its California experience and take a constructive approach to labor relations, Toll flat-out fought its East Coast workers, who service the ports of New York and New Jersey. During its organizing campaign, the Teamsters filed charges with the National Labor Relations Board, claiming the company “engaged in surveillance” of New Jersey employees and “threatened employees with loss of benefits in the event they choose union representation.”

Thanks to deregulation of the trucking industry in the 1980s, most drivers who work directly for transportation companies are misclassified as “independent contractors,” a status that deprives them of employee benefits and results in low wages. Portside union organizing has been stepped up in recent years as increasing numbers of drivers find themselves in dire economic circumstances.

“Port trucking is the broken link in our nation’s logistics supply chain,” says Teamster president James P. Hoffa. “The vast majority of these trucks are unsafe and these dirty diesel rigs spew malignant fumes into harbor communities day in and day out. The men and women who own or lease these trucks live and work in Third World conditions along our nation’s shores. Every one of these drivers should have the same opportunity as Toll Group drivers: the ability to be classified as an employee and to form a union.”