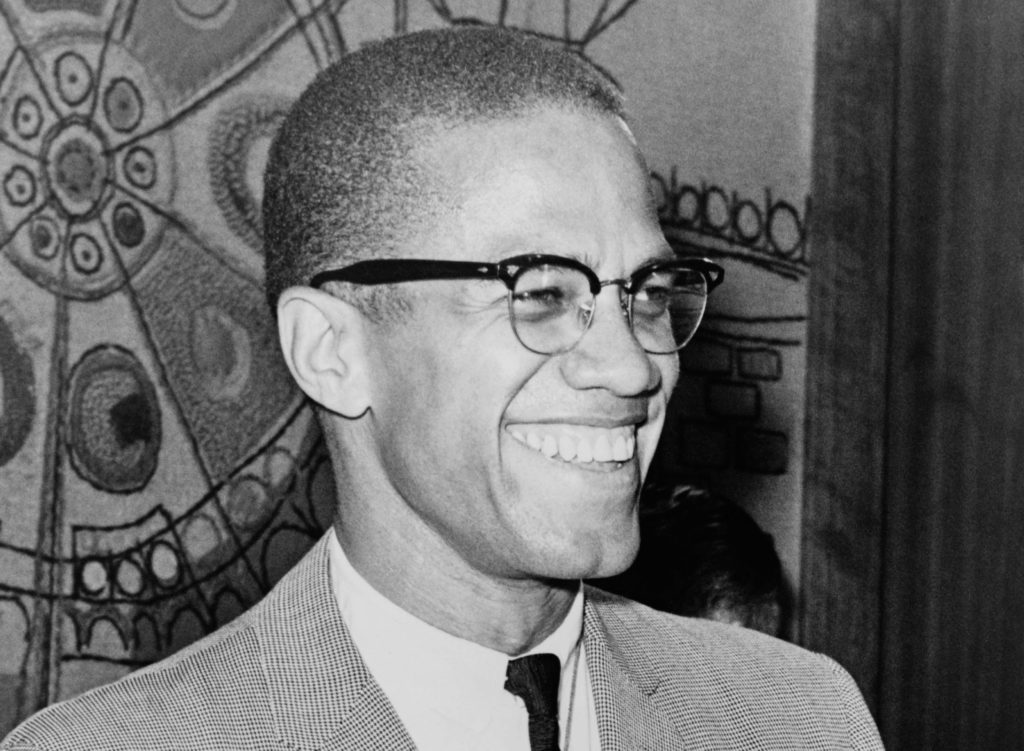 At the end of the Smithsonian Channel’s Lost Tapes: Malcolm X, Ossie Davis delivers a stirring eulogy for Malcolm X, the fallen Muslim minister and human rights activist. “And we will know him then for what he was and is,” Davis intones, “a Prince – our own black shining Prince!”

The haze of history has obscured some of the finer details of this remarkable leader’s life, one cut short by assassination at the age of 39 in 1965. Schools go into far greater detail about the life and times of another spiritual leader, Martin Luther King Jr., but in the shadows behind King’s narrative lurk remarkable stories of a prince that have been largely ignored. That’s why this episode from The Lost Tapes documentary series rises above almost anything available in mainstream media.

Most know that Malcolm, as the dominant star in the Nation of Islam, differentiated himself from King and other African-American leaders by calling for blacks to break off from, rather than assimilate into white society. At the outset, Lost Tapes: Malcolm X, which debuts tonight at 5 p.m. PST/8 p.m. EST, and repeats Tuesday, underscores how his incendiary speeches and philosophy sparked both outrage and fear by showing footage from The Hate That Hate Produced , a 1959 Mike Wallace-narrated documentary shown on New York’s educational WNTA-TV that introduced the Harlem minister and the Nation of Islam to a wider (and whiter) audience.

Much of this doc treads on familiar turf: His meteoric rise and popularity, which caused NOI membership to swell exponentially; how Malcolm’s philosophy deviated from other civil rights leaders’, the rift with NOI leader Elijah Muhammad that led to Malcolm leaving the organization. Filmmakers Tom Jennings and David Tillman weave a fine story, thankfully bereft of any narration, using never-before or rarely seen footage to tell Malcolm’s story, only resorting to simple white text on a black background to deliver essential information. The result seems more urgent and intimate, powerful and profound.

But where Lost Tapes really triumphs is in revealing details that have not been seared into our collective view of the martyred activist. First there is the matter of Cassius Clay. Few know that the boxer’s conversion to Islam was mired deep in the divisions between Malcolm and the “prophet” Elijah Muhammad. Malcolm had grown to overshadow his mentor, and became a close friend to the charismatic contender. But soon after Sonny Liston failed to answer the bell in Miami on February 25, 1964, and Clay was crowned heavyweight champion of the world, Elijah Muhammad bestowed upon the boxer a Muslim name (an honor Malcolm had not been given) under one condition. The new champion had to end his friendship with Malcolm (something that Ali later publicly admitted was a mistake).

Later, there is an interview in which Malcolm publicly exposes Elijah Muhammad’s fathering of eight children by six underage women who were his personal secretaries. This footage makes it seem more understandable why the NOI allegedly waged such a persistent campaign to kill Malcolm, first unsuccessfully by firebombs and then, purportedly taking down their target in a hail of bullets.

The documentary also chronicles Malcolm X’s personal transformation shortly before his tragic death, which resulted in a revolutionary change in his outlook. After leaving the NOI, Malcolm went on a global spiritual journey that included a pilgrimage to Mecca in April of 1964, where he had a profound epiphany. Malcolm speaks of seeing Muslims of all colors interacting as equals and how the whites he had met there were not like those found in America, that their dedication to God allowed them to believe in the oneness of all people.

Inspired by this trip he started the Organization of Afro-American Unity (OAAU), a secular group that advocated Pan-Africanism, and promoted internationalizing the plight of African-Americans. This broadening of his views also made him make amends to those he criticized in the past. We see footage of an interview in which he not only forgives black leaders for having attacked him, but also apologizes to all he had ever attacked, culminating in him preaching solidarity and cooperation between leaders.

It’s a huge moment that seems to have been lost as the years have passed, and it makes this venture all the more invaluable.

The 2018 Oscars Are Woke, But Hollywood Can Get Woker by Recalling Its Past